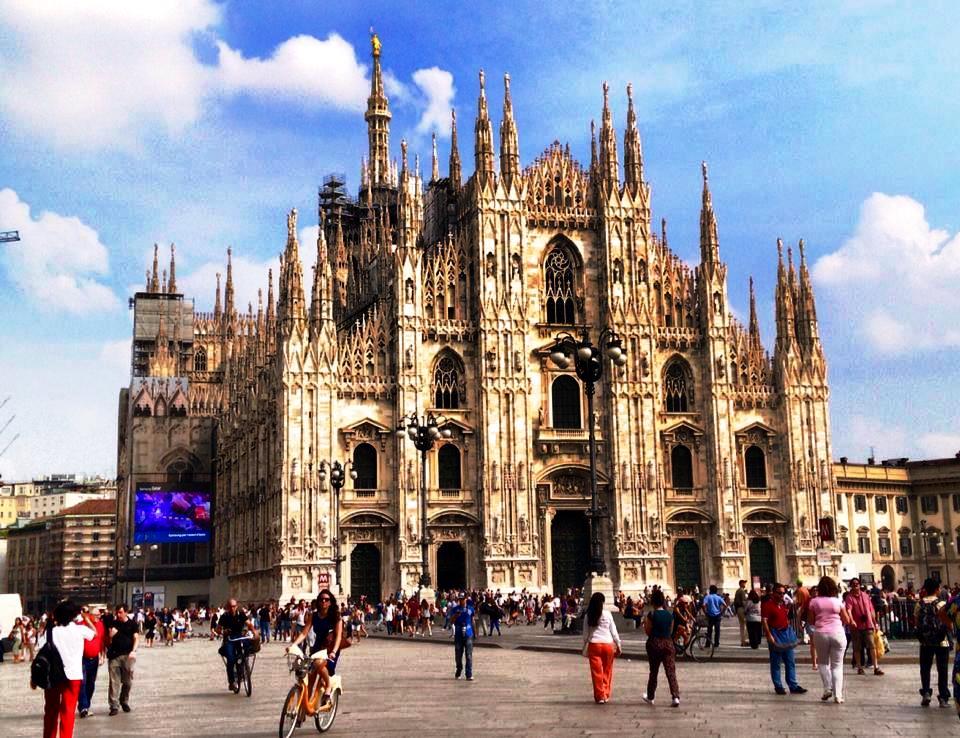 There are hundreds of interesting, historic, vibrant villages, towns and cities in Italy. Their very names resonate in our shared cultural knowledge – Rome, Venice, Florence, Bologna and so many more. Here are five other fascinating places to add to your list of ‘must-see’ cities in which to enjoy a luxury holiday in Italy.

Nowhere near as alluring as Rome, the vibrant city of Milan is fashion-crazy and has many attractions for a short stay or weekend break. Top of the list has to be Leonardo da Vinci’s ‘Last Supper’ on the refectory wall of 15th c Santa Maria delle Grazie convent. (Don’t make my mistake and just turn up expecting to get in to see it! You must to book in advance.) Make sure you go inside the magnificent ‘Il Duomo’ which is truly impressive. Look out for the rather gruesome statue of St Jerome with his flayed skin flung over his shoulder like a macabre wrap. Nearby is the famous Galleria Vittorio Emanuele II, a cathedral to fashion and uber chic. Home to all the luxury fashion labels, the beautiful ones parade around looking stylish as only the Italians can. Order a Campari at Camparino and look out for Borsalino’s the renowned hat-maker. Leave time to wander round the Renaissance Castello Sforzesco, originally owned by the ruling Visconti family and now home to some seriously impressive artworks, including Michelangelo’s last piece sculpture, the unfinished ‘Rondanini Pieta’.

Search out Trattoria Burlagio for a delicious lunch with the Milanese – I loved it! 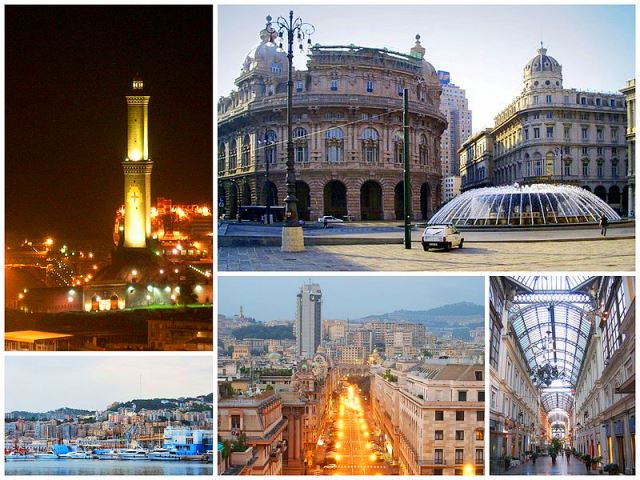 Crucial to Italy’s seafaring might, Genoa (Genova) has been an important maritime port for thousands of years. The Greek and Byzantine empires based their navies here and the powerful Lombardy families gave it prominence in the Middle-Ages, gaining serious strategic importance during the Renaissance. Christopher Columbus was a native of Genoa and donated 1/10 of his income from the discovery of the Americas for Spain to Genoa for the relief of taxation on food. Garibaldi left from here to conquer Southern Italy. The Port area gives a flavour of the city’s ongoing relation to the sea with its ancient lighthouse, modern marina and annual Boat Show. There are a number of impressive edifices including the Porta Soprano (East Gate), near where Christopher Columbus was born, 13th c San Lorenzo Cathedral, Palazzo Ducale and the huge fountain in the Piazza de Ferrari. 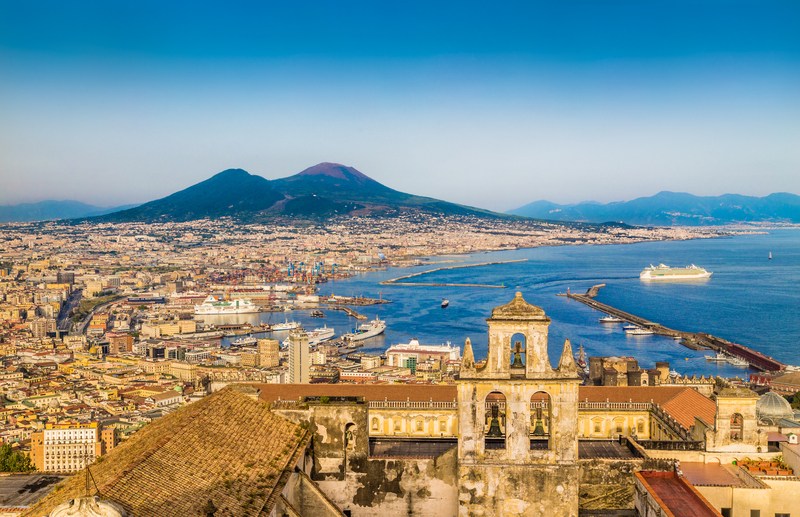 I visited Naples many years ago when, as a teacher, I accompanied a group of rowdy school kids around the city during a cruise aboard SS Uganda – and I long to return. It’s got a raucous, edgy, rawness to it that other more sedate Italian cities lack.

Renowned for its food, pizza is at its best in Naples. I still remember the flavours of a simple Margherita, with slightly charred crispy crust, fresh tomato base, curves of mozzarella and a scattering of basil leaves served at a rickety table in a narrow backstreet.  One of the oldest inhabited cities in the world, Naples oozes history.  The Archaeological Museum, housed in a lovely building, has many treasures from the nearby sites of Pompeii and Herculaneum. There are plenty of luxurious palaces and castles to explore including medieval Castel Nuovo, Sant’Elmo, imposing Palazzo Real and Castel Capuano, now used as a courthouse, plus lots of attractive churches. Piazzas, parks and promenades provide places to walk and sit. Find a little trattoria off the beaten track, order a local dish, a glass of crisp white wine and follow up with a Neapolitan ice-cream – perfect … 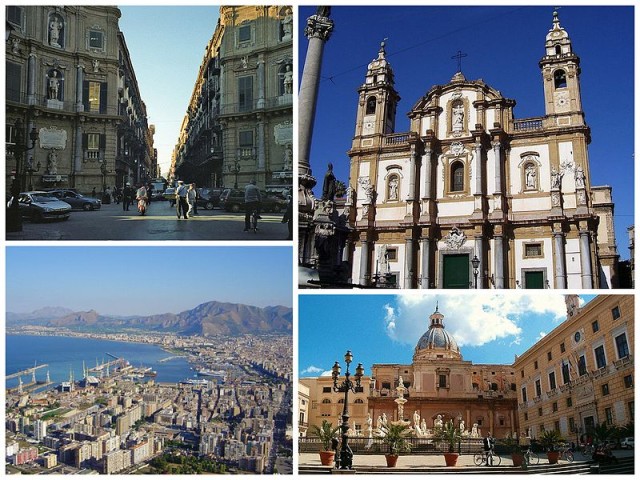 I’ve never been to Sicily but as an ardent fan of ‘Montalbano’, the Sicilian detective and Giorgio Locatelli, the exuberant chef, I feel I know the island and will certainly visit one day. My father went once and talked of baking hot streets, sand-coloured buildings slowly crumbling in the relentless sea air, Roman and Arabic ruins, all with a laid-back air of ennui, laced with a very faint dash of menace. It sounded exotic and enticing. Mount Etna provides a fertile land of luscious citrus fruits, abundant vines, walnuts and – aubergines. Palermo’s port is a busy hub of ferries, container ships, cruise liners, excursion boats, luxury yachts and fishing boats. The city has a wealth of galleries, museums, villas and of course, churches. Top of my list would be the Galleria Regionale della Sicilia, with its comprehensive collection of Sicilian art, housed in the Palazzo Abatellis. One day … 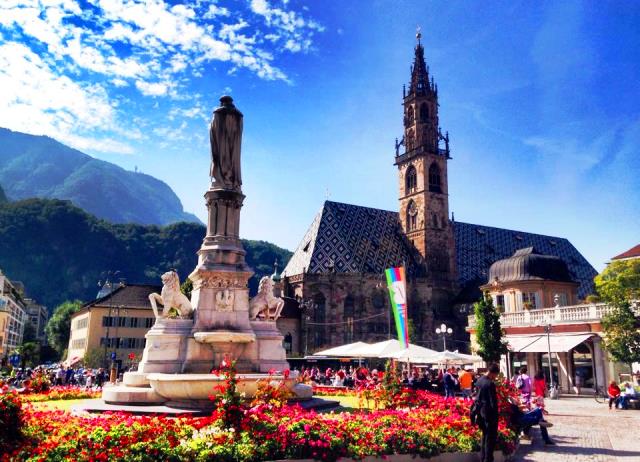 Also known as Bozen, Bolzano is the capital of Italy’s most northerly region, German-speaking South Tyrol (Alto Adige/SudTyrol). The impressive Dolomites gaze down onto the city, giving it a strong Alpine atmosphere. The open space of the Piazza Walther (named after a medieval troubadour) is the perfect place to grab an expresso and do a little people-watching. With its combination of Italian style, Germanic orderliness, Gothic and Baroque architecture, Bolzano is a delight for all the senses. The 15th century Cathedral has beautiful mosaics and down the road you can marvel at the well-preserved ‘Iceman’ in the Archaeological Museum. The colourful street market displays local South Tyrol food delicacies, including speck, mountain cheeses and fragrant honey. Alto-Adige is famous for its top-notch wines. Make sure you try the Gewürztraminer – like drinking the scenery in a glass. 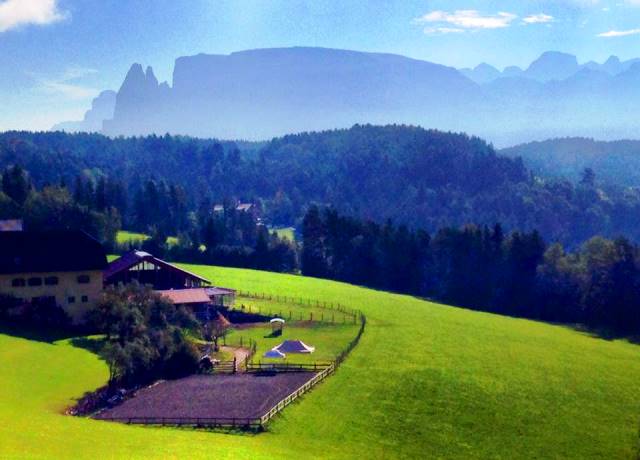 The Dolomites from above the city of Bolzano

This article on cities in Italy is written in collaboration with Original Travel.

Find out more about beautiful Italy

Most Romantic Locations in Rome

5 Quirky Things to do in Italy 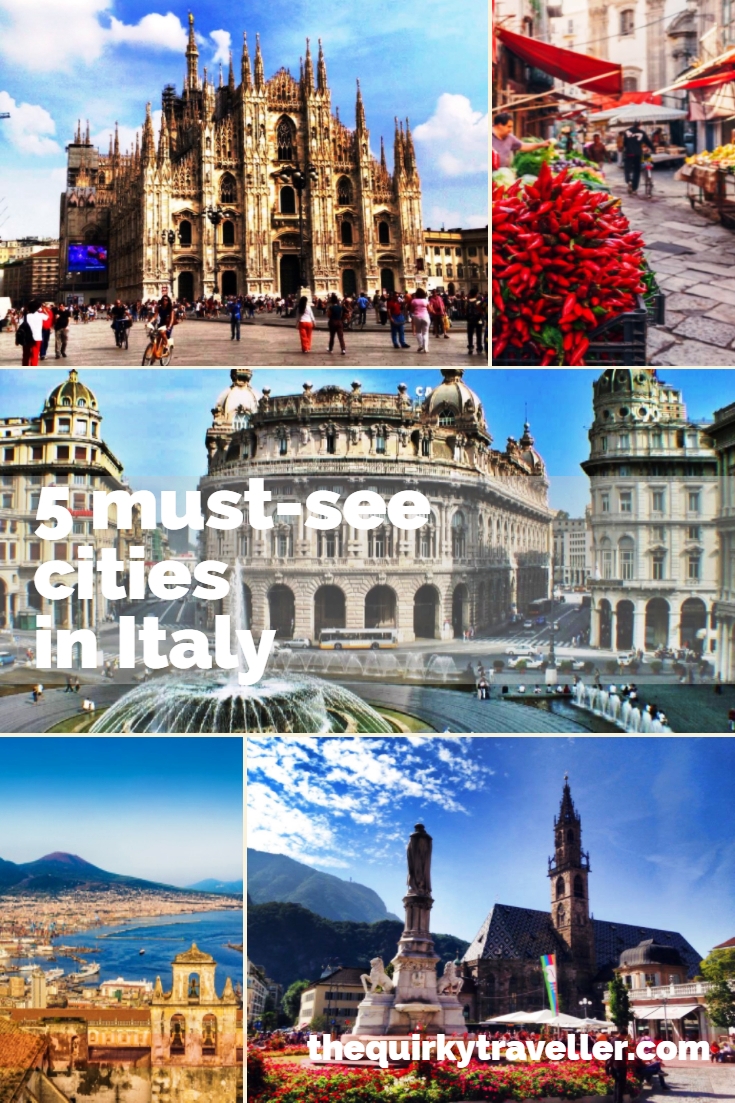 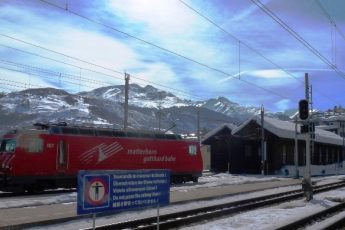 « Previous post
The sights, sounds and sensations of an evening in Jerez, Spain
Next post »
Food and drink trends 2015: infographic