On my first visit to Australia, to see glorious Uluru and quirky Alice Springs, I stayed in Darwin, capital city of the Northern Territory.  It's a laid-back port with a steamy sub-tropical climate, some very quirky sights and rather unprepossessing architecture.  It was badly bombed in WWII and on Christmas Eve 1974 Cyclone Tracy effectively destroyed a large part of the city the Japanese bombing had missed. Darwin is well worth taking a couple of days to explore prior to setting off into the Red Centre of Australia. Here are my 5 Top Things to Do in Darwin. 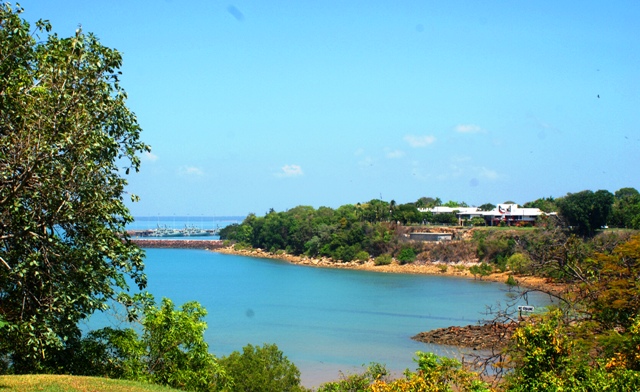 1.  Go walkabout on The Batji Tour with Robby Mills, without doubt the best way to learn about Darwin's Aboriginal history and it significance to the indigenous Larrakia people who are the Traditional Owners of this area. 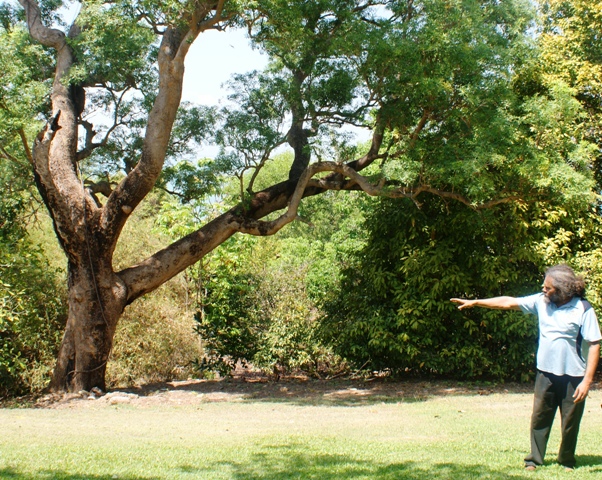 Robby takes you on a gentle stroll along the Esplanade explained the use of local plants for bush medicine and food and to a small pocket of original rainforest by the beach. Telling gripping stories of the Larrakia animal totems, Robby stops every few minutes to pick from the trees, bushes and dusty ground.  He encourages everyone to try various berries, twigs and insects that have been used to feed and heal his people for centuries.  (I said ‘no’ to the bitey ants.) He's clearly well-known in the city and highly respected by all.

2.  Dive with crocodiles at Crocosaurus Cove, with the largest collection of Australian reptiles in the world. The main attraction is the Saltwater Crocodile, the planet's biggest reptile; they have monsters up 5.5 metres long. 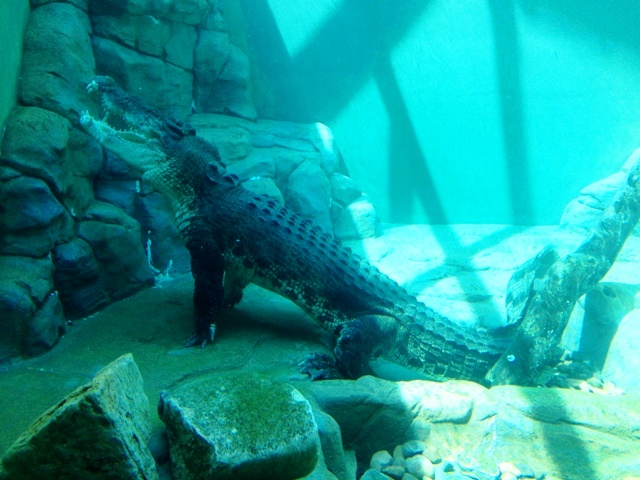 The very brave (or barmy) can dive into the crocodile-filled water in the â€˜CAGE OF DEATH'.  For the slightly less adventurous, I can highly recommend the Big Croc Feed Experience, which includes a guided tour of the Centre but more importantly you get to feed adult and young crocs via a feeding pole (they snap very hard), hand-feed rays and barramundi and hold a baby crocodile. It's great fun and gives you a unique experience you can brag about when you get home.

Feed the fish at Aquascene where mullet, catfish, milkfish, bream and barramundi thrash about at high tide eager to be fed handfuls of bread. 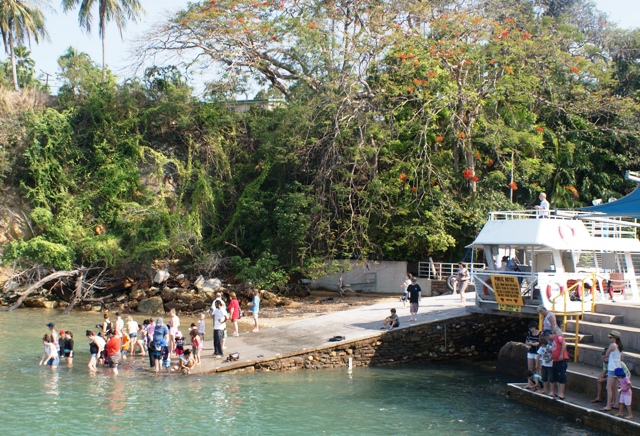 Nestling in a lushly wooded bay called Doctor’s Gully. Feeling those fish grabbing at the bread is a very strange sensation and the shrieks of laughter from the many children there mingles with  informative commentary during feeding time.  I was fascinated to see so much marine life and the sense of whacky occasion this daily event evokes.  The grounds are festooned with a weird and wonderful collection of Asian statuary, inspired by discovering the find of a small statue of the Taoist God Shou Lao in 1879, possibly left by the Chinese settlers who landed here to mine the gold and silver.  Do check what time it’s open – all depends on the tide.

Lyons Cottage Telegraph Station is also known as BAT (British Australian Telegraph) House. It has great historic significance in Australia for in 1872 a single wire finally connected this northern outpost with southern Adelaide and the country was united in communication.  Built in 1925 it is the oldest stone building in Darwin and only surviving colonial-style bungalow. 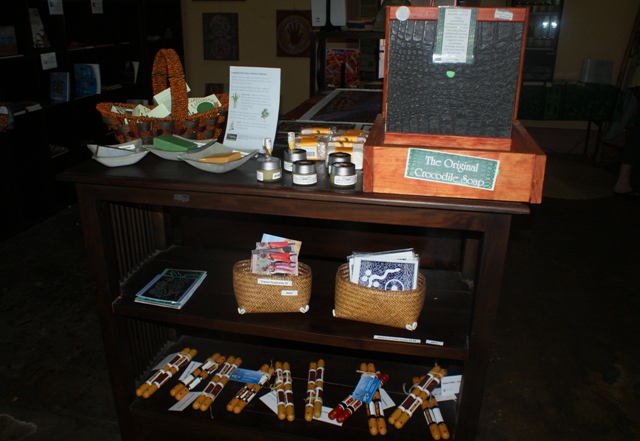 Chill out at Mindil Beach Sunset Market.  Mindil Beach is the place locals gravitate towards at the end of the day to watch the sun go down.But before that, they graze on food stalls selling snacks from more than 50 countries. 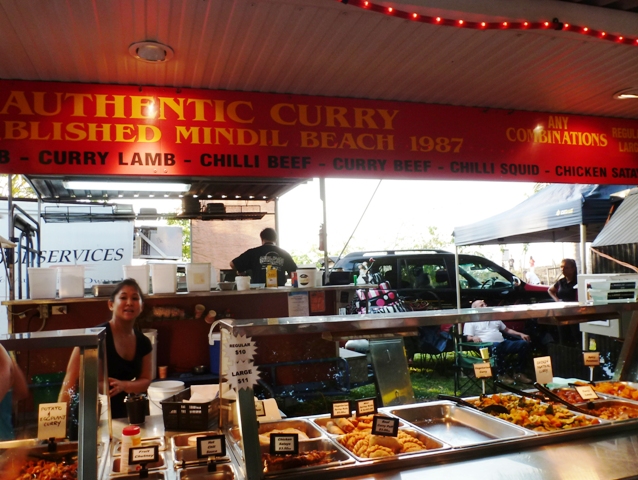 Musicians play and artist sell their crafts to an appreciative audience who relish the chance to get a taste and flavour of this diverse city. You can visit the market any time between April and October but the sun sets in spectacular glory every day of the year – a perfect way to appreciate the view from this colourful edge of Australia. 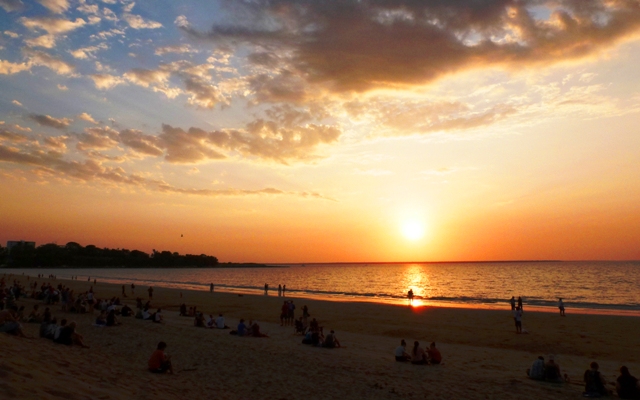 There’s a lot more to do in and around Darwin. Bill Bryson made a special trip to visit the Museum and Gallery of the Northern Territory where he got to experience the effect of Cyclone Tracey -and see some of the region’s infamous wildlife in stuffed safety.  If you’ve an interest in WWII there are a couple of excellent museums dedicated to that conflict and Australia’s key role. There are plenty of Art Galleries exhibiting Aboriginal arts and crafts.  For kids the Wave Lagoon at Darwin Waterfront Precinct is a must, with plenty of restauarants, bars and cafes nearby. I didn’t have time to go across to the Tiwi Islands, visit nearby Mary River or Litchfield Park but they apparently they also make great days out, so you can see there’s plenty of interesting things to see at the Top End.

I stayed at the Darwin Central Hotel and explored part of the Northern Territory courtesy of Australia Outback. You can find them on Face Book and Twitter @AusOutbackNT

Getting away from it all in Queensland 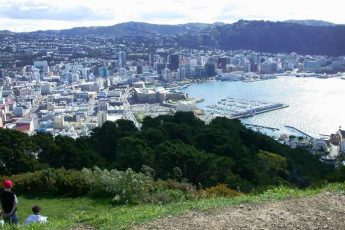 « Previous post
Check into 5 Quirky Hotels around the world
Next post »
Go to Hell at quirky Gao Miao Temple in Zhongwei, China