The coast of Britain is a treasure chest of seaside gems. Every summer we rush headlong to our shores – the rugged coves of Cornwall,  the sandy bays of Dorset, the crab pools of Norfolk, the wild Lleyn Peninsula in Wales, the deserted beaches of the Scottish Highlands and jollity of Blackpool and other popular resorts. We really do love to be beside the seaside. Here are a few of my favourite seaside towns around the British coast, though some I’d recommend visiting off-season when their charms can be really appreciated … 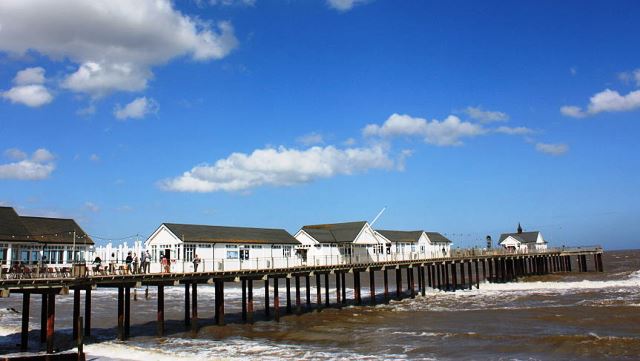 The pretty town of Southwold, on the Suffolk coast, has echoes of Enid Blyton childhood holidays. Originally a lively port, its white walled Georgian houses and quaint fishermen’s cottages speak of by-gone elegance and prosperity. Whatever the weather, you can’t beat walking along the sand and shingle beach past the rainbow-coloured beach huts and along the Southwold Pier before returning to one of the many traditional pubs or restaurants for a delicious meal. Beer lovers will enjoy a tour of Adnams Brewery. Within walking or cycling distance is the tiny hamlet of Walberswick. You can see the quirky folly ‘House in the Clouds’  in Thorpeness or discover the remains of medieval Dunwich which fell into the sea years ago.

Seen recently on the BBC TV adpation of Map and Lucia, Rye, one of the ancient Cinque Ports, is a charming little town on the Sussex coast – well, almost… It used to be on the sea but over the years the harbour has silted up and it’s now 2 miles inland. But don’t let that put you off. It is a delightfully romantic place with cobbled streets and medieval buildings, including the famous 11th century Mermaid Inn, once the headquarters of a local smuggling gang. Nearby Camber Castle broods ruinously over the Sands and there are plenty of lively seaside resorts along this coast.

The pretty Cornish magnet St Ives is a pretty little Cornish magnet, often bustling with visitors. It’s extremely popular with art lovers. It was the brilliantly clear light that first attracted painters, potters and sculptors here, the Barbara Hepworth Gallery has many of her works on display. Tate St Ives has a marvellous collection of art works to rival any around the globe. There’s a graceful curve of golden sand and many cliff-top walks along this craggy coastline. Land’s End, the southernmost tip of mainland Britain is only a few miles away. 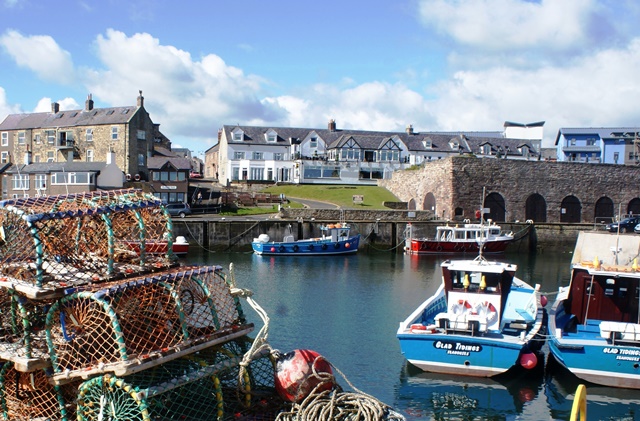 You can smell the North Sea as the fishing boats unload their daily catches. in the attractive fishing harbour of Seahouses on the Northumberland coast. Have a pint and a bite in the Olde Ship Inn or get fish and chips and sit on the grass overlooking the harbour. There are regular boat trips to the Farne Islands where over 20 species of seabirds, including around 37,000 pairs of puffin, squawk and shriek all day. Drive out to ancient Lindisfarne, Holy Island but do check, as the road is closed at high tide, or go down the coast to visit impressive Bamburgh Castle, dominating the beautiful sandy beach. 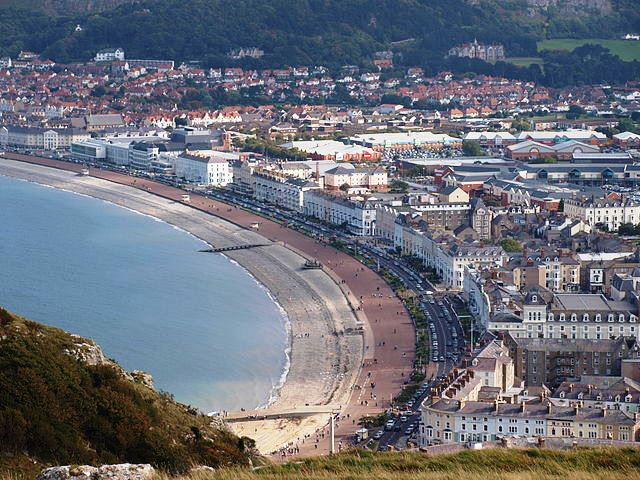 We used to spend a week every summer in Llandudno, in North Wales many years ago. It still has everything you could wish from a traditional seaside resort. There’s a huge, sweeping promenade backed by grand Victorian hotels and boutique B&Bs, a shingle beach that makes a great swooshing sound as the tide rolls in and out, a good choice of places to eat and excellent fish and chips. Walk along Llandudno Pier (700m) and try your hand at winning a stuffed toy in one of the Arcades or visit The Rabbit Hole, celebrating writer Lewis Carroll’s connection with the town. The most fun is to take the tram or cable car up the Great Orme, a huge hill looming over the sea. Anglesey and some of Wales’ most impressive castles are all within an hour’s drive. 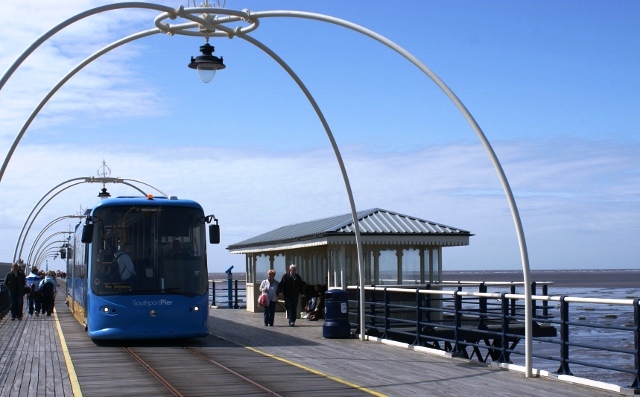 Of course, I am biased as Southport is where I was born, but it really is one of the North West’s most attractive seaside towns. The Promendade is lined with hotels and B&Bs on one side and and the very attractive Marine Lake and Pleasure Gardens on the other. Take a stroll or the tram along Southport Pier and look out for the name plaques embedded into the wooden planks. They were donated for fund-raising when the new pier was built; you may even  find my Dad’s there, dedicated to ‘Barnacle Bill Dawes’! There are miles of sandy beach to play on, though the tide goes far out and if you want a swim, go instead to the town swimming pool nearby. Golf fans love Southport – there are loads of excellent golf courses in and around the town. 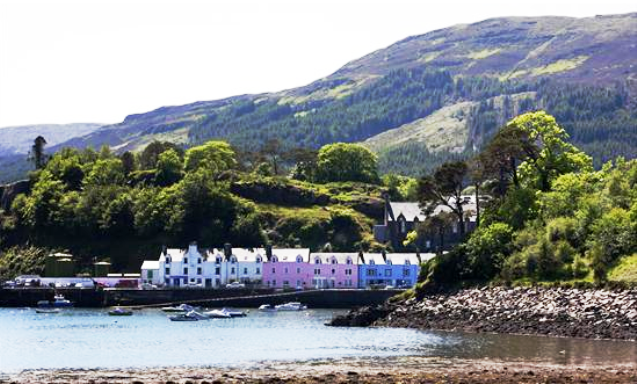 Charming Portree on the Isle of Skye off the west coast of Scotland is a hotch-potch of colourful cottages surrounding a wee fishing harbour and pier designed by Thomas Telford. To find out more about the island’s Gaelic traditions visit the Àros Centre. Or for lovers of history and romance, the Royal Hotel is the site of MacNab’s Inn, last meeting place of Flora MacDonald and Bonnie Prince Charlie in 1746.You can get a delicious selection of fresh sea food in friendly, quaint cafes, bars and restaurants. Depending on the weather, which can be stormy one minute and gloriously sunny the next, it’s possible to travel all round the island in a day, visiting impressive Highland sights such as the majestic Cuillins, Dunvegan Castle, seat of the Clan MacDonald, the Quiraing volcanic plateau and The Old Man of Storr. Or simply sit on a bench and gaze out at some of the loveliest scenery in the whole of Great Britain … 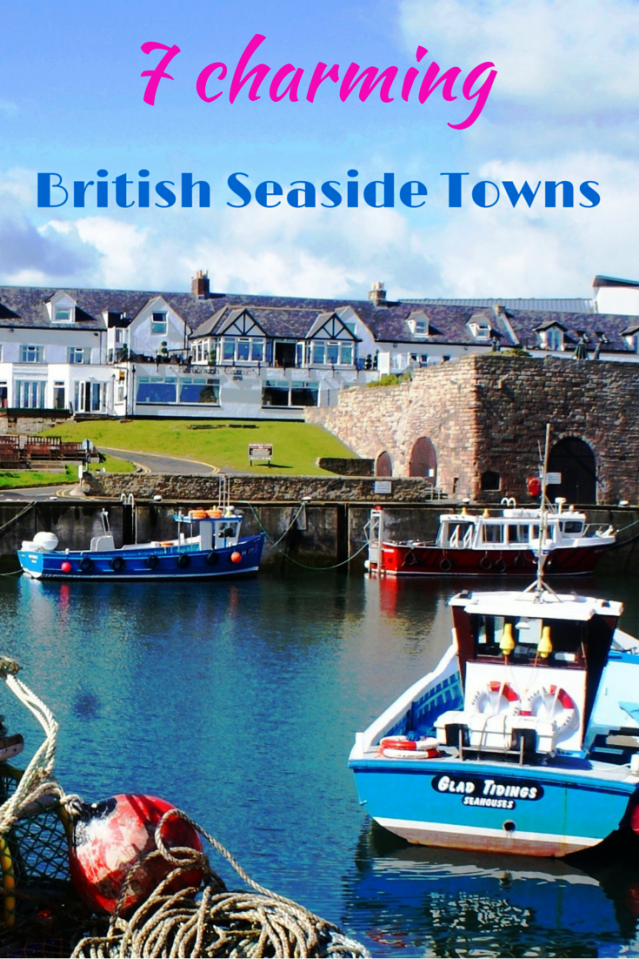 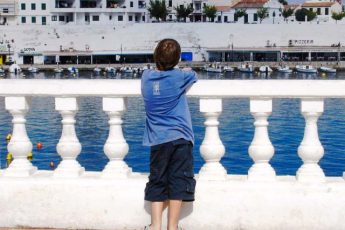 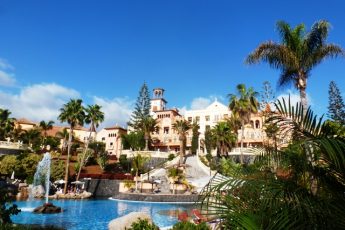