7 quirky things to do on the Isle of Man 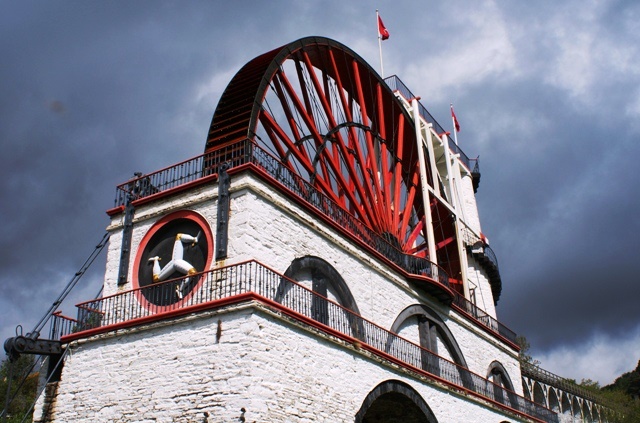 With his hands clutching his long, flowing coat tightly around him, Sir William Hillary (1771-1841) stands high above Douglas Harbour, ready to face everything the weather can throw at him.  As founder of the Royal National Lifeboat Institution he was well aware of the changeable  meteorological temperament of his home, the Isle of Man.  The weather can shift from clear blues skies, to torrential rain and back again in an afternoon – which adds to this island’s unpredictable charm.  ‘Tis said that the ancient sea god Manannan Mac Lir lays his cloak of cloud across his isle to protect it from invaders – but modern-day islanders welcome visitors who come in peace any day. … 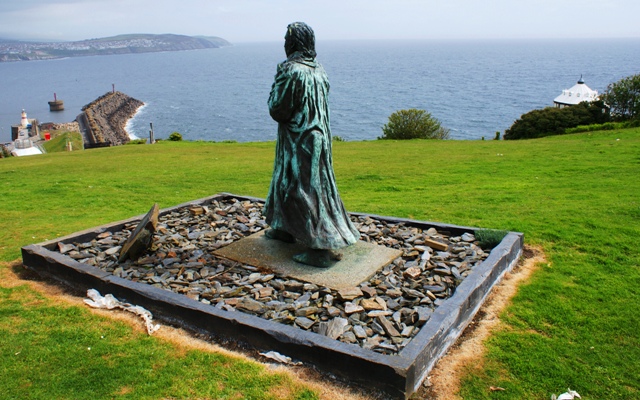 Floating in the Irish Sea about 60 miles off the Lancashire – Cumbria coast, en route to the United States, this tiny island has an ancient history that belies its size.  Norse rulers established a system of self-government over a thousand years ago and the Tynwald is still in power today.  The islanders enjoy a laid-back approach to life akin to their Gaelic neighbours in nearby Ireland and the Manx phrase traa dy-liooar is similar to maÃ±ana in Spain.

With so many attractions for people of all ages, a weekend is not nearly long enough.  I visited the island as a child and chose to return on a blog trip when I won ‘Britain’s Best Travel Blogger 2011’.  Here are my 7 quirky things to do on the Isle of Man.

1.  Spot the Isle of Man icons 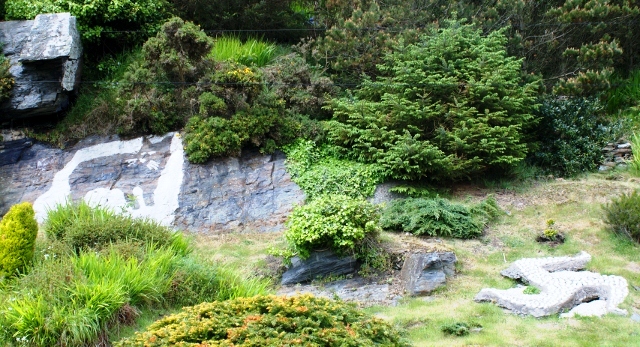 There are two very famous symbols of the Isle of Man – the Manx Cat and the Legs of Man.  The cat is ‘a breed of domestic cat with a naturally occurring mutation that shortens the tail.  Manx cats are prized as skilled hunters, and thus have often been sought by farmers with rodent problems and been a preferred ship’s cat. They are said to be social, tame and active. An old local term for the cats on their home island is stubbin.’ (Wikipedia). You may not see a real Manx cat but there are plenty of them in souvenir shops. 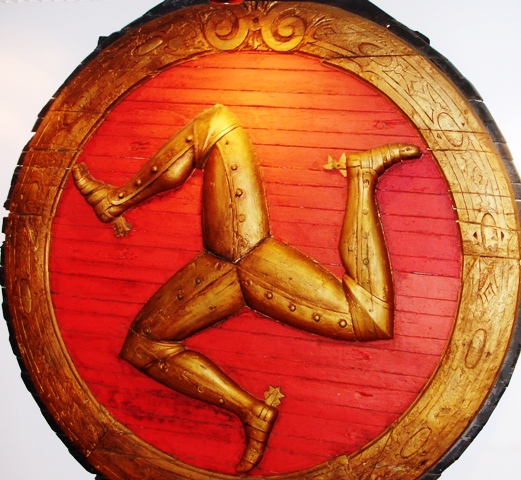 The Legs of Man symbol depicts three legs, said to represent the wheels of the sun. This is known as a Triskelion and is also the symbol of Sicily. Its oldest representation is on the 12th Century Manx Sword of State. My favourite depiction of this quirky symbol is the sculpture that greets you as you come out of the Airport.  See how many representations you can find during your stay – you’ll soon lose count! 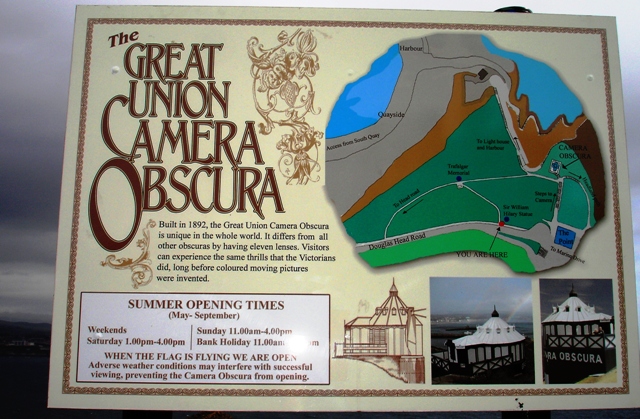 One of the quirky legacies the Victorians left us is the Camera Obscura. In the days before TVs, cinema and the internet, these optical lenses were the latest technology and must have seemed quite magical. The Great Union Camera Obscura on the Isle of Man was purpose-built for the tourists rather than the more common astronomical use.  Even today, with all our amazing technology there is something awe-inspiring about viewing Douglas harbour and the surrounding scenery through the upturned mirror. You can get a glimpse of Observatory building in the photo of Sir Hillary above. Check opening times and the weather; If the flag is flying it’s open.

3.  Get a taste of the island with Manx Kippers 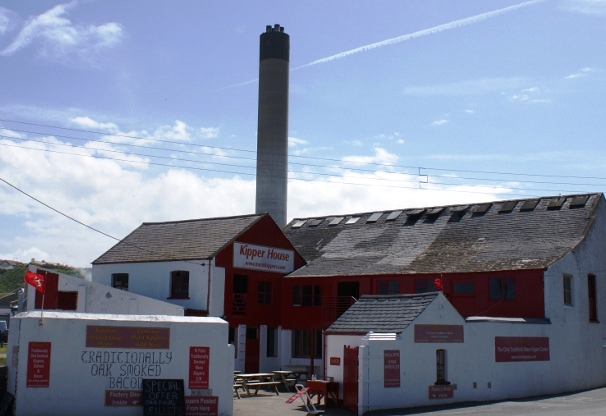 When I was a child we used to get the ferry to Douglas and Dad would head straight for the fish-mongers for his favourite treat – Manx kippers.  Traditionally herring fillets, caught locally, are smoked over oak chips in old smoke houses.  The best place to buy these is in Peel, on the island’s west coast.  The smell of smoking fish wafts all over this quaint harbour town so it’s not difficult to find the Peel Kipper House – just follow your nose. If you’re really taken with this local food, you can get a huge kipper bun at the harbour fish van – however, that was too much of a good thing for me … Dominating the town is Peel Castle, an evocative reminder of the land’s battle with invaders.  Whilst you’re in Peel make sure you visit the excellent House of Manannan which has a really interesting interactive history of the island. 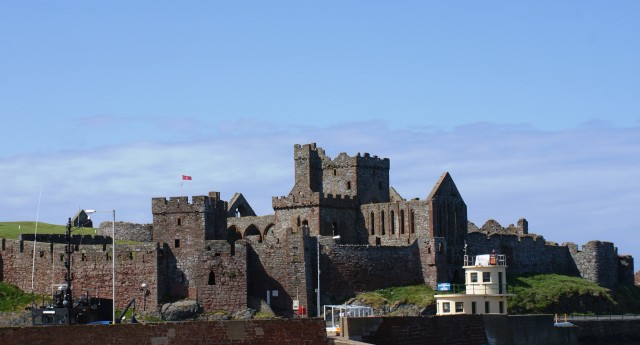 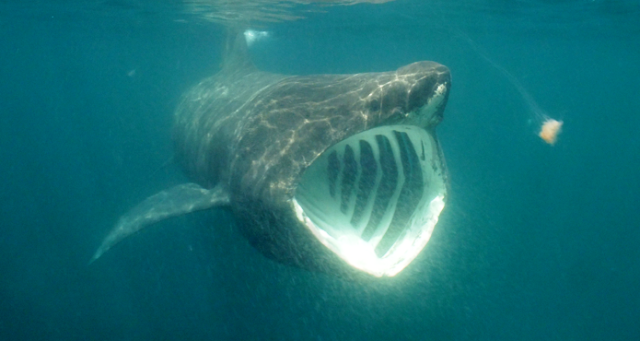 Basking sharks, the world’s second largest fish visits these waters between May and August and come very close to land the plankton which floats on the water’s surface when it isn’t windy.  You’ve got a good chance of seeing them around Peel, Port Erin or Niarbyl.  If you want a better view there are plenty of boat trips. (I was supposed to go out on the good ship Pegasus on my last visit but the sea was too rough – another reason to go back.)  As well as basking sharks you may spot seals and a huge variety of sea birds including the funky puffin.

5.  Get a sensory history lesson in Castle Rushen 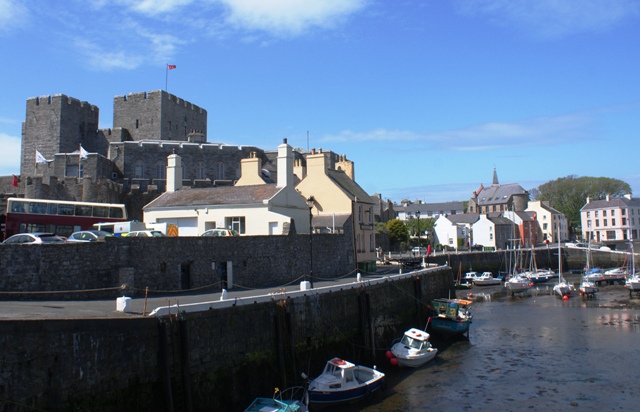 Castletown was originally the island’s capital and Castle Rushen is one of the best-preserved medieval castles in Europe.  Norse kings fortified this strategic site guarding the entrance to the delightfully named Silverburn River.  Its impressive limestone walls overlook the little port and Nautical Museum and the castle can be seen for miles around.   Its courthouse is still in use and there are regular events throughout the season to entertain and attract visitors.  Inside there are interactive displays and evocative sights, sounds and even smells from centuries past.  The dining room recreates a banquet from medieval times with some very dodgy looking characters presiding over the table.  (For an even quirkier experience if you time it right, go across the road to the Old House of Keys where, for an hour or so, you can become a ‘member of the island’s parliament’ and ‘vote’ in a debate.) 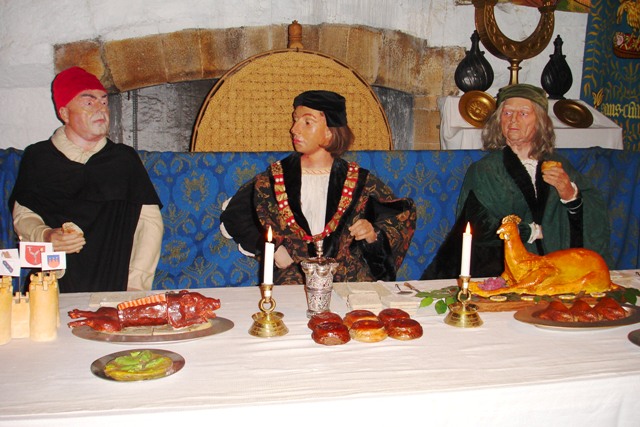 6.  Step back in time at Cregneash Folk Museum 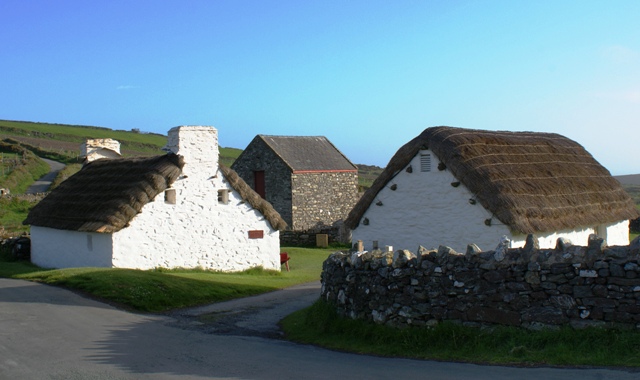 Heading south west towards the Calf of Man, a tiny rocky outcrop separated from the mainland by The Sound you pass a sign to Cregneash National Folk Museum.  Take time to stop and wander around this ‘living museum’.  The tiny thatched whitewashed cottages are still inhabited and on the working farm demonstrations of traditional crafts such as weaving, black-smithing and carpentry are given.  Sea birds swoop overhead, crazy-faced Loaghtan sheep bleat and baa and the delicious smell of home cooking drifts out from the Village Tea Room.  Step into simple St Peter’s Church, one of many dotted around the island, and take time to embrace the tranquility its cool interior offers. 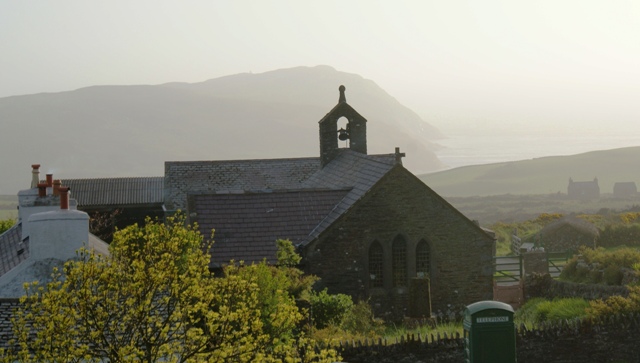 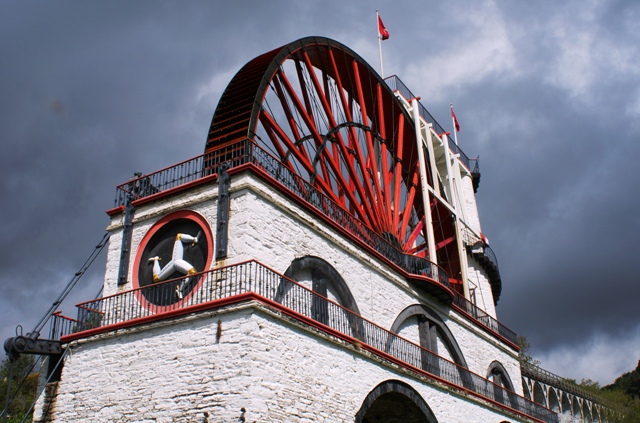 No visit to the Isle of Man is complete without a trip to Great Laxey Wheel, named ‘Lady Isabella’  after Lieutenant Governor Hope’s wife.  Built in 1854, the world’s largest working water wheel has an impressive beauty that belies its industrial heritage.  It has a diameter of 72ft and a circumference of 227ft. It used to pump up to 250 gallons of water a minute from the nearby Laxey mines. These mines produced zinc, lead, copper and silver until 1929.  If you’ve a head for heights you can climb to the top of the wheel and if you’re not claustrophobic go underground in the mines to get an idea of the tough working conditions of the past.  Very close by is the temrinus for the famous Snaefell Mountain Railway (one of many quirky ways of getting around this isle).  This is slow travel at its best – a leisurely 5-mile ascent past the Laxey Wheel, the TT Course at Bungalow Station and on to the often cloud-bedecked summit at 2,000 feet. 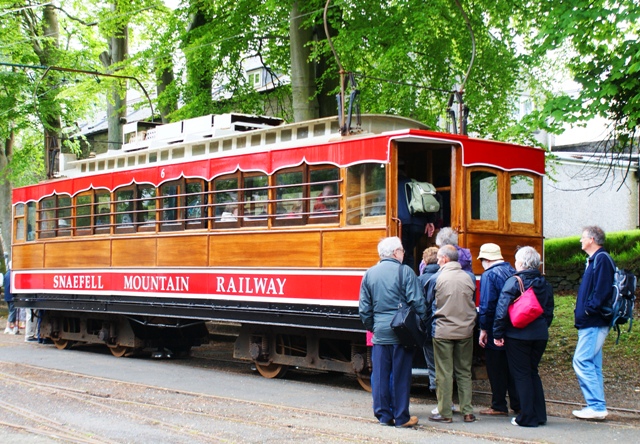 I stayed in the lovely seaside town on Port St Mary at the very quirky Aaron House with its Victorian interior and afternoon tea to rival the Ritz.  Getting to the Isle of Man is simple: Manx2 has regular flights from the UK and there are regular ferries, fast and slow, from Heysham, Liverpool, Belfast and Dublin.  Many thanks to Visit Isle of Man for a fascinating itinerary – they provide excellent tourist information on everything you need to know about the memorable and fascinating Isle of Man. 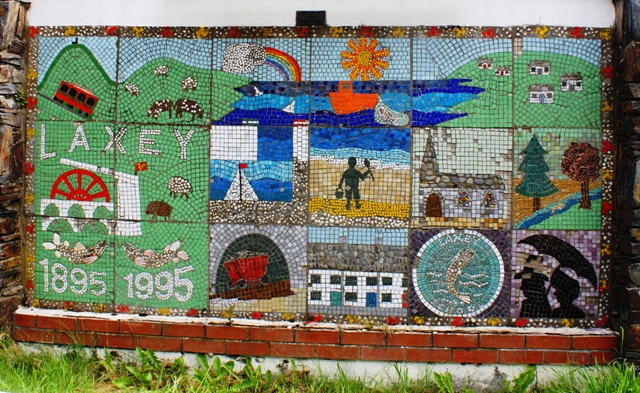 Read more about the Isle of Man here