Say the name ‘Beatrix Potter’ and no doubt images of cute bunnies, dim-witted ducks, sailing frogs, frisky squirrels, naughty kittens, mischievous mice and perky pigs come to mind. Her little books have had a place of many children’s hearts for over a hundred years. At my son’s birth he got two copies of ‘Peter Rabbit‘, a Peter Rabbit mug, crib mobile, wall frieze and romper suit. I cross-stitched a picture of her most famous characters for his bedroom and his great aunt and uncle gave him a set of Beatrix Potter books for his christening. 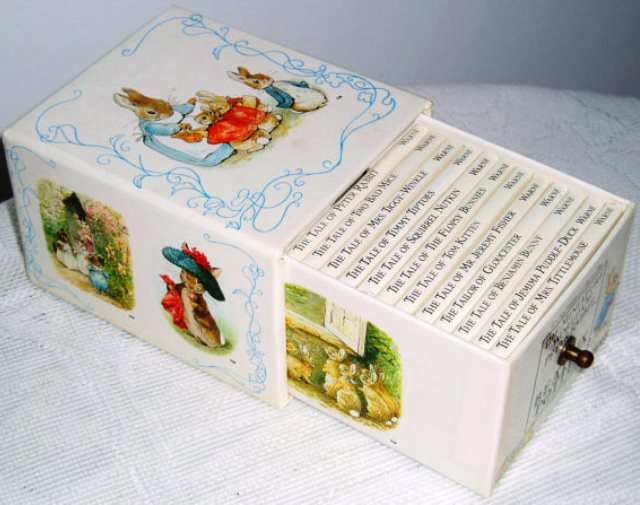 However, there was far more to this unassuming but determined woman than cute books for children. Anyone who has read any one of the 24 Tales can see a writer of great perspicacity and insight, as well as wit and intelligence.

‘Old Mrs. Rabbit was a widow; she earned her living knitting rabbit-wool mittens and muffetees (I once bought a pair at a bazaar). She also sold herbs and rosemary tea and rabbit-tobacco (which is what we call lavender).’

The Tale of Benjamin Bunny pub 1904 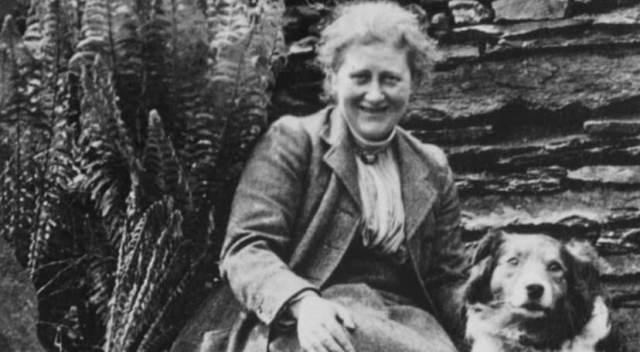 Beatrix Potter was a woman of many parts. As well as her writing, she was also a passionate naturalist, superb artist and illustrator, farmer, sheep-breeder, conservationist and benefactor of the National Trust. She spent her childhood living in London, where she and her brother Bertram kept many pets including mice, rabbits, a hedgehog and some bats, as well as collections of butterflies and other insects. The family holidayed in travelled to Scotland and the Lake District and her interest in the natural world showed itself in detailed drawings of animals, birds, insects, trees, plants and particularly fungii. Had she been born in a different era there is no doubt she could have gone on to be an eminent botanist had she wanted; her uncle, eminent chemist Sir Henry Enfield Roscoe, recognised her skill and got her a student pass to the Royal Botanical Gardens at Kew. She produced a paper on mycology (the study of fungi) but chose not to pursue this interest, in favour of her writing and illustrations.

Her first book, The Tale of Peter Rabbit, was originally published in 1901, at her own expense, adapted from a private letter to Noel, son of her childhood governess. She told him the story of ‘four little rabbits whose names were Flopsy, Mopsy, Cottontail and Peter’. A close family friend, Canon Hardwicke Rawnsley (a great name for a character in a novel), one of the founders of the National Trust, helped her to get it published by Frederick Warne & Co, who went on to publish all her children’s tales. 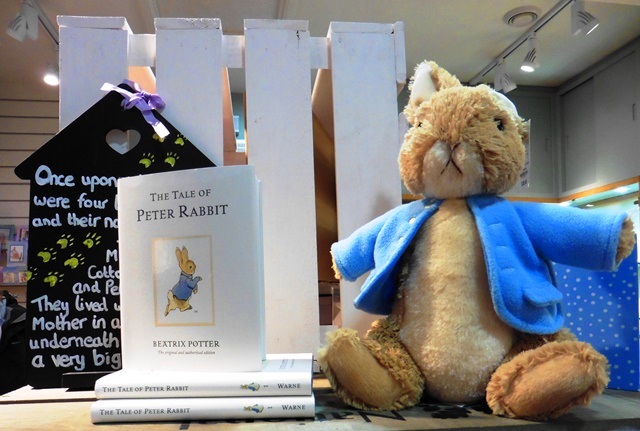 Following on from the death of Norman Warne, to whom she was unofficially engaged, Beatrix bought Hill Top, a farm house  in Near Sawrey in the Lake District in 1905. It seems that her interest in writing waned as her love of country life and farming grew. She married her solicitor, William Heelis, in 1913 and they moved to Castle Cottage, opposite Hill Top. (This property is also owned by the National Trust but not open to the public.) Above it is Moss Eccles Tarn,  one of their favourite places to relax; well worth a short walk from the village. 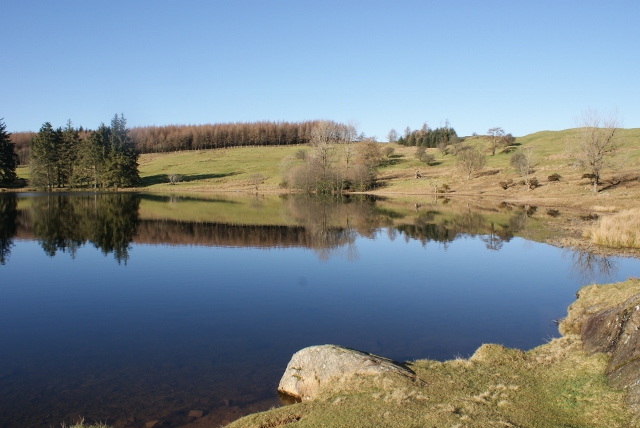 Settled into farming life, Beatrix Potter helped to save one of Cumbria’s most famous faces, the hardy Herdwick Sheep. She bought Troutbeck Farm where she bred Herdwicks. Her interest in science resurfaced in her experiements to help cure sheep diseases. She regularly attended Lake District shows, where her award-winnning Herdies were greatly admired. A few years ago I met a Cumbrian farmer who knew her and said she knew more about sheep breeding than many of the local farmers. Today Herdwicks can be seen roaming all over the Lakeland Fells, thanks to her dedication to the breed. 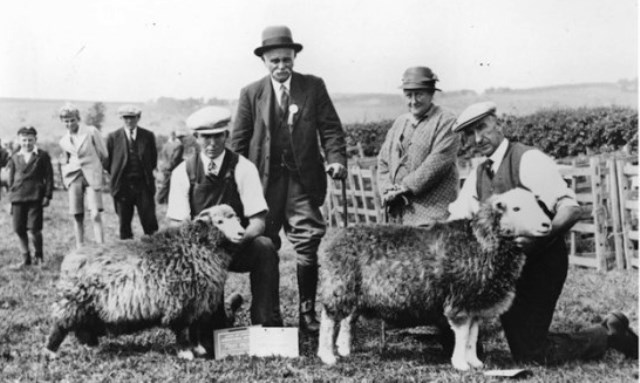 Beatrix Potter also contributed to the conservation of the Lake District. The Heelises became partners with the National Trust in n 1930, buying and managing fell farms and surrounding land, including Tarn Hows, one of the area’s most popular lakes. She did continue writing but her prolific days of literary output were replaced with farming. She became very famous and often went to great lengths to avoid the many visitors that sought her out in Near Sawrey. She died at Castle Cottage in 1943, leaving almost all her properties to the National Trust; her husband only survived a couple more years and the residue of her estate was then also handed on to the NT. 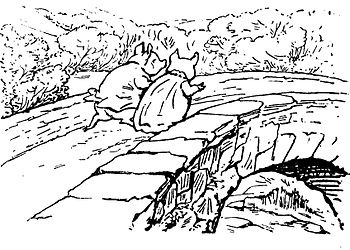 Her love of the place she knew as home for over 30 years and had visited since a child, comes over in her writing and drawings. Many Lake District places can be recognised from her books; I once took my young son on a Beatrix Potter Walk visiting scenes familiar from her illustrations. When Pigling Bland escapes from the grocer with Pig-wig, she wrote,

The Tale of Pigling Bland pub 1913 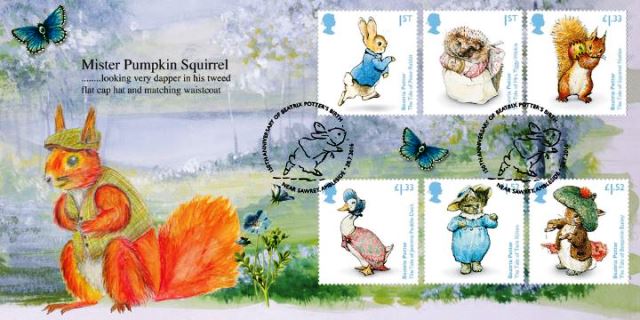 There are a great many events throughout the Lake District remembering this woman’s extraordinary achievements. The World of Beatrix Potter in Bowness-on-Windermere, Cumbria, is a wonderful place to take children, showcasing all that is magical about the author’s creative universe. There was also a specially written play called Where is Peter Rabbit.

Where is Peter Rabbit? – image The World of Beatrix Potter

On a Travelator Media visit to Hill Top earlier this year, I had the chance to discover more about Beatrix Potter in the house she loved. It’s a veritable shrine to her literary and farming legacy, being very much as it was in her day, with some fascinating artefacts. As one of the National Trust’s most popular UK premises there’s a timed-entry system so I suggest avoiding summer weekends if you can. 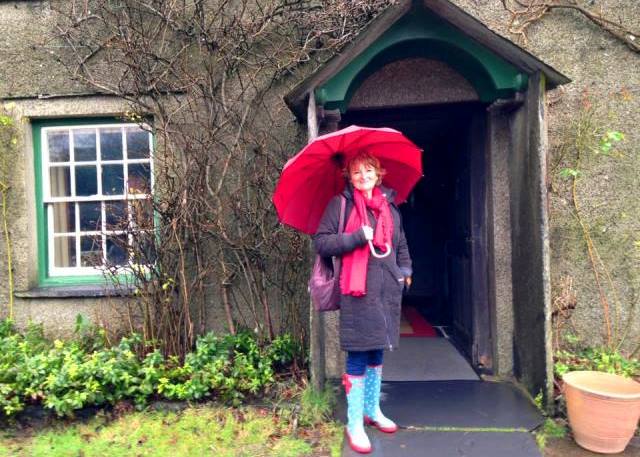 I also enjoyed the many illustrations to be found the Beatrix Potter Gallery in charming Hawkshead, in the tiny premises that were originally her husband, William Heelis’s offices. Both places have got various special exhibitions and events planned this year. Check their websites for more details. BUT you don’t need to attend a special event to enjoy the stunning landscape that inspired Beatrix Potter; do as Lucie does and go for a walk in the Lake District …

‘Lucie climbed up in the stile and looked up at the hill behind Little-town – a hill that goes up – up – up into the clouds as though it had not top!’ 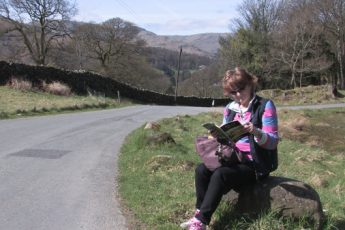 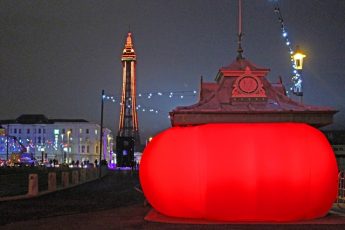