Escape to Jersey for a weekend break

Whenever I’m asked what my favourite travel book is, I always give the same answer; ‘My Family and Other Animals’ by Gerald Durrell. I first read it as child, having been introduced to Durrell via his fascinating TV series including ‘Two in the Bush’ and ‘Catch me a Colobus’. A passionate animal-lover, he collected many engandgered species from around the world and opened the ground-breaking Jersey Zoological Park in 1958. He established the ‘The Jersey Wildlife Preservation Trust’ now called ‘The Durrrell Wildlife Conservation Trust’ to help deal with the increasingly difficult challenges of zoo, wildlife and habitat management, “saving species from extinction”.

I went to Jersey over 20 years ago, staying with friends in the capital St Helier and spending most of our time in and around the city. I’d love to return, not only to visit Jersey Zoo and see the legacy left by Gerald Durrell, but to find out more of Jersey’s history and try some of its local food. On a recent trip to Guernsey and Herm I was really impressed with the French-influenced cuisine and the Channel Islands’ unique heritage.

Jersey has so much to see and do that a weekend would only scratch the surface, but after the Zoo I’d make a bee-line for Le Hougue Bie, one of Europe’s finest Neolithic tombs, dating back to 3,500BC. There’s also a German bunker in the grounds, a reminder of the island’s more recent history. I’m into ‘Castle-Bagging’ (like Monro-Bagging but less tiring) so Mont Orgueil, Jersey’s oldest castle above Gorey Harbour would certainly be in my Top 10 Things to Do in Jersey.

Hamptonne Country Life apparently captures the spirit of rural Jersey, from medieval to Victorian times and the Channel Islands Military Museum has a rare Enigma decoding machine which helped to defeat the Germans in WWII.  I’d certainly visit 16 New St, a Georgian house now open to the public, showcasing architectural style and fashion of 18th century Jersey. I love islands and the sea so the Maritime Museum in St Helier would definitely be high on my list, as would the Jersey Museum and Art Gallery for a dash of culture.

I gather there are a number of wineries on Jersey so a wine tour would be in order. La Mere Wine Estate should fit the bill; it produces apple brandy, cider and perserves as well as local wine. There are food festivals throughout the year and the annual ‘Tennerfest’, where you can get an all-inclusive meal from £10 in over 100 Jersey restaurants, is a great idea. With so many top-class restaurants (including 4 Michelin starred), trendy bars, cosy cafes and friendly pubs I’d have no excuse not to find excellent food and drink all over the island.  Jersey is famous for its potatoes, milk and butter and if the crab sandwiches are as good as Guernsey’s then I’ll be VERY happy. 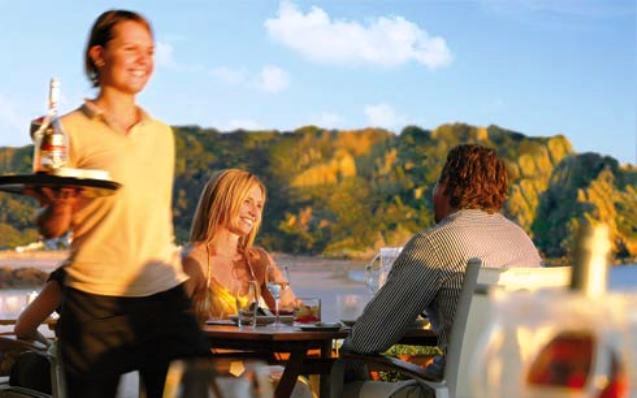 Eating out at St Brelades

With a benign climate, scenic coastline and undulating countryside, Jersey would be perfect for a walk on the wild side. Grosnez Point has spectacular views of other Channel Islands from the cliff top and a trip around the island’s bays and beaches would satisfy my desire to be beside the seaside.

The Jersey Lavender Farm and the Eric Young Orchid Foundation, with Europe’s ‘most comprehensive orchid collection open to the public’, should provide a focus for my flower fetish, and if I am not there for the summer Battle of the Flowers, I could always visit the museum dedicated to this famous festival.

The Battle of the Flowers

Of course, no dream holiday is complete without somewhere special to stay. For a very special and yes, quirky place to stay, the Durrell Wildlife Camp offers cosy camping pods next to the animals! However, I do like some luxury when I am on holiday as well as a view of the sea so L’Horizon Hotel and Spa ticks all the boxes. I remember a very relaxing drink in the bar here overlooking St Brelade Bay – very nice! Finally, for the ultimate in comfort with a truly historic twist, Longueville Manor looks stunning. Set within acres of woodland, part of the manor house dates from the 14th c, it’s got a ‘bijou’ spa and swimming pool, plus a croquet lawn. With a great reputation for food this hotel gets my top vote. 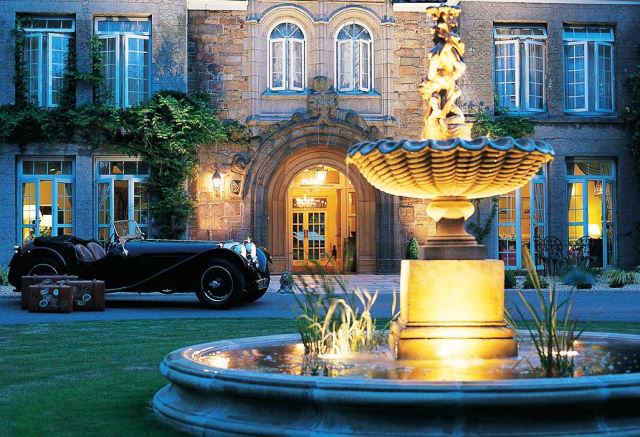 Find out more things to see and do in Jersey here. 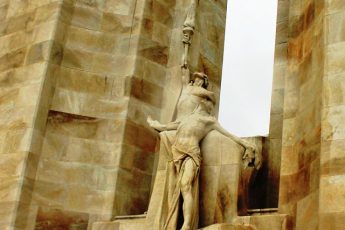