Getting away from it all in Queensland

When writer and entrepreneur, Martin Dunford and his family went travelling round Australia, they discovered a haven of natural beauty in the heart of Queensland, Australia.  In our latest World Travel Blogger article, he describes some of the highlights of that trip.

Before we arrived at Rose Gums, Queensland we had thought there was only one kind of kangaroo. In fact there are several and, as Peta has promised, we are lucky enough to see several musky rat kangaroos the morning after our arrival at the rainforest.  They emerge from the bushes to feast on the corn she has put out for them, before being chased off by the omnipresent brush turkeys that roam everywhere around the compound. Afterwards, we sit on the terrace and watch hoards of rainbow lorikeets fight it out for food – a gloriously colourful sight that keeps my daughters rapt with attention.

Rose Gums Wilderness Retreat is an eco-friendly place in the heart of the rainforest in tropical Queensland's Atherton Tablelands – a mixed highland area an hour inland from Cairns that varies from dense rainforest to green rolling pasture to bare outback sprinkled with banana groves and orchards. Peta and John bought the 230 acres that makes up Rose Gums almost 20 years ago, replanting much of its indigenous plant life and building themselves a dream home in the process, the first of the stunning treehouses that hide among the trees at Rose Gums.  It's beautifully done, the houses comfortable yet rustic and close up to nature. They're also well spaced out; indeed you could come here and barely notice any other buildings at all.

Peta proves to be a knowledgeable and genial host, pointing out the best walks and chances to spot wildlife in this Queensland area. We are on a quest to spot platypus, and go off in search of them our first morning, following a well-marked path down to a creek, where we swim in crystal clear waters below overhanging trees. 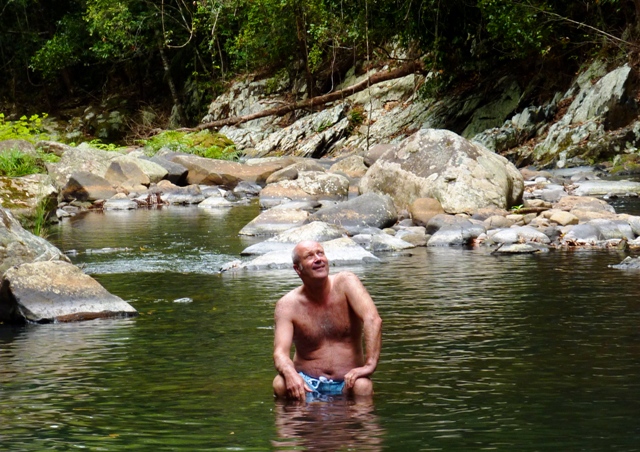 We are disappointed on the platypus front – not just that morning but every morning; but perhaps we had been a little spoilt on a previous trip, when we witnessed a multitude of the little critters happily splashing about in a highland creek at the fabulous Yungara park to the south of here.

No matter: the rain-forest walk we do is gorgeous , the canopy alive with life and movement as we tread carefully along the path like pith-helmeted explorers of old, desperate for a glimpse of a snake or exotic birdlife. 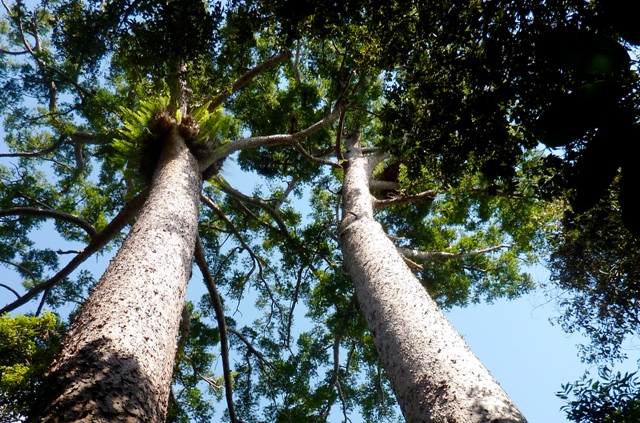 We catch a glimpse of a large grey monitor lizard on the path in front of us, but he's gone in a flash as he clocks our approach; down by the water there are turtles and enormous frogs, and something slithers up the bank as we approach – who knows what? We shush each other and the excitement builds as our eyes try to pierce the dense forest undergrowth and see deep into the muddy waters; but as Peta reminds us, although Aussie wildlife is fabulously abundant, most of it was hunted by the Aboriginals for centuries, some species to the brink of extinction, and most creatures don't hang about long enough to discover whether we're friend or foe. 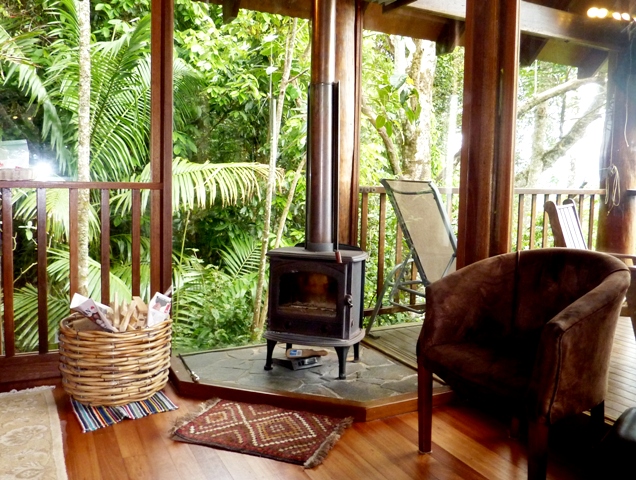 Our lodge is, in any case, reward enough, its balcony facing a magnificent stage-set of forest birdlife, which we fixate on over drinks early evening, accompanied by the constant call of the well-named whipbird and chattering kookaburras. We never see either of these, but the host of other birdlife more than make up for it – honeyeaters of myriad colours and varieties feasting on the flowers that overhang our treehouse, blue-chested drongoes, red-faced king parrots and shrieking white cockatoos – the unruly hooligans of the rainforest – before the cicadas raise the volume to number 11 just after dark – an extraordinary loud and rhythmic sound that we mistake at first for a kitchen alarm.

The immediate area is full of interest, too – we swim in the clear waters of volcanic Lake Eacham, afterwards spotting the amethystene pythons that bask on its banks, snakes that we spot from a boat-trip on nearby Lake Bureen, along with forest dragons, erect and alert on overhanging tree branches, more turtles, ranks of cormorants arranged on logs, and big black eels which emerge from under the boat hoping for scraps of food. 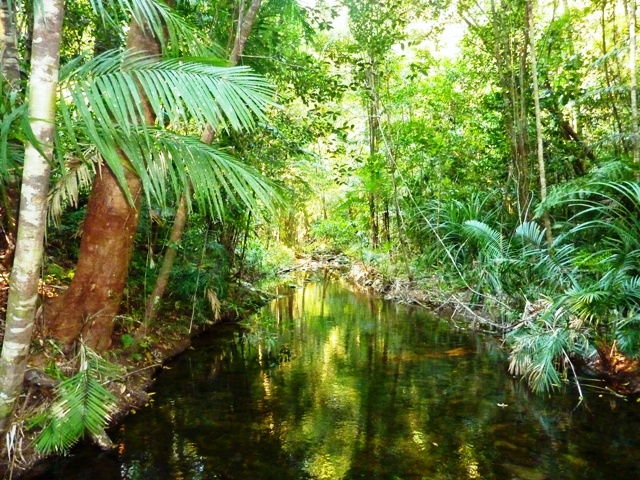 Afterwards we repair to the balcony of the elegant boathouse for a cream tea of scones of jam – a peculiar juxtaposition you could only find in Australia. Nearby are one-horse towns like Yungaburra and Malanda – large villages, really, which cluster around vintage hotels, and where we come across the extraordinary sight of Yungaburra's magnificent Curtain Fig  – actually a majestic turpentine tree, strangled by the tendrils of a strangler fig years ago, in its full triffid-like glory.

The platypus remain resolutely in the burrows, but who cares? We have our treehouse to go back to with its glorious views and, as we stroll up to our front door, our resident big-bottomed bandicoot scuttles by in shy, silent greeting â€¦.

Martin Dunford is one of the co-founders and the former publisher of Rough Guides, and now works as a writer and independent consultant and investor. Find out more about his digital travel busines Cool Places.

Other articles you might like about Australia include Sunrise at Uluru, Aboriginal Bush Tucker Walk and Best Beaches around Sydney.