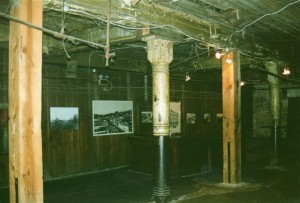 So what is Seattle famous for, apart from a cracker of a place to be sleepless in?

Well there is the legacy of the great fire of 1889, which devastated downtown Seattle but furnished civic leaders an opportunity to make good out of the bad planning that had gone before it. They embarked on a program of land fills to, literally, raise the streets above sea level.  For the buildings that survived, that meant their ground floors having the light of day shut off as they became basements. These â€œbasementsâ€ were left unchanged; forgotten but preserved in a stillness of time, as time itself passed by in the world above. And that begot a little dividend for the tourist Industry during the late 20th century. During the early 1970s I saw a movie set in Seattle called ‘The Night Strangler’. In it, reporter Carl Kolchack pursues a 120 year old vampire down Into â€œOld Seattleâ€, the underground city that had once stood up top. A vast and cavernous place within which the vampire lives with his memories.

My ambition to see the underground myself was finally realised on the Underground City Tour, which actually begins above ground at Maynard’s Public House in Pioneer Square. A fully restored 1890s ornate saloon, this atmospheric drinking den is worth enjoying a few beers in alone and not just as warm up for the tour. After some background history, it is then time to descend the back stairs to the first of three blocks of a half forgotten underworld. 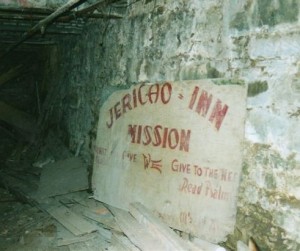 What became quickly apparent was the cavernous underground of The Night Strangler owed more to artistic licence and a studio set in Hollywood. The real life Seattle Underground may not be as spectacular but is none the less fascinating. Streets, storefronts, sidewalks, as intact as they were back in 1889. Empty window frames that once housed glass; a bathroom, a bank teller's cage, even a taproom with bar remain preserved in the dust of time. A dislodged sign heralds the Jericho Inn Mission; fallen memento to a place for the fallen. This is the house of Miss Havisham only now it has gone metropolitan. Creepy and claustrophobic, the underground tour is walking through a ghost world from the past. A route to tread carefully lest we wake the dead and the only sounds of life are the footsteps of those walking the sidewalks up above, unaware of this secret world beneath their feet.

A museum marks the climax of the tour. Here, Seattle’s strange history can be relived in mementoes, photos, historical documentation and souvenir shop.  So If you are ever Seattle bound why not give the subterranean city a go?  And if contemplating the city from its darkest bowels is not quite your cup of mocha, then try viewing it from atop the 500 foot high plus Space Needle. Now there is a contrast… 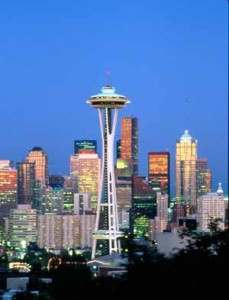 Barry McCann is a writer, editor and broadcaster, specialising in short stories, reviews, features, talks and, more recently, travel writing.  Barry is the editor of Parnassus, MENSA’s Art & Literature Journal and is currently Writer in Residence at BBC Radio Lancashire. Find him on Face Book.

If you enjoyed this article then you will no doubt enjoy Barry’s ‘Folklore Tour of the Lake District’, the very quirky Padstow Obby Oss’ and his piece on historic Preston Guild. 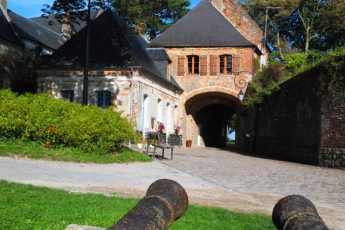 The quirkilicious Angel of the North