On seeing ‘Nocturnal Rainbows in the English Lakes’ 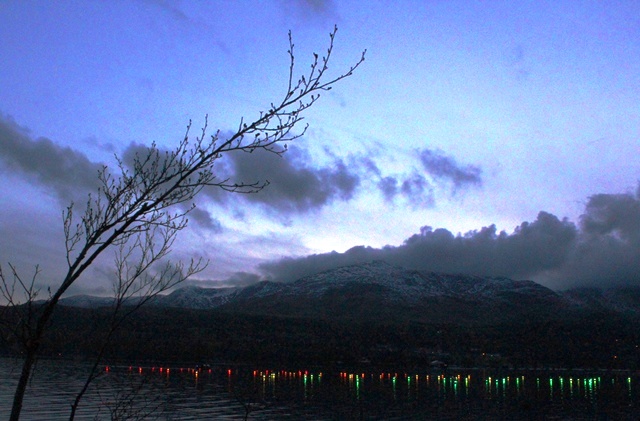 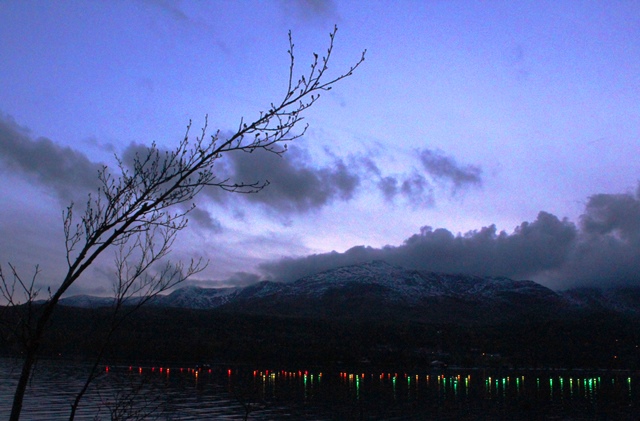 “If a picture paints a thousand words
Then why can’t I paint you?”

Those were the words that came into my head as I tried to photo over 200 coloured LED lanterns slowly drifting across Coniston Water in the springtime dusk. Looming over the lake, the Old Man of Coniston, snow-freckled and shadowy, provided an impressive backdrop to this impossible-to-capture picture. I realised it was futile, put down my camera and sat back on the rocky lakeshore, to enjoy this unusual spectacle. (The blurry photos are just to give you a very vague idea of what it was like.)

Created by Charles Monkhouse, ‘Seven Nocturnal Rainbows for the English Lakes‘ is one of three special artworks commissioned by Lakes Culture for the Cumbria Arts Festival called Lakes Ignite 2016. Charles took his inspiration from the poets and artists of the Lake District, in particular  ‘A Shower’ by JMW Turner, showing an arcing rainbow over darkling Buttermere. I was fortunate to be invited to the launch on April 30th.

Ready for Nocturnal Rainbows over Coniston

At about 8pm we wandered down Brantwood Meadow to the edge of Coniston as the sun set and the Lakeland fells came into sharp relief. Birds choralled their evensong and a dog barked excitedly but was quickly shushed by its owner. In the distance a small boat puttered about and the first of the lights gradually appeared. Chairs were unfolded, rugs laid across laps, children hoisted onto shoulders and an air of quiet anticipation flowed through the crowd. 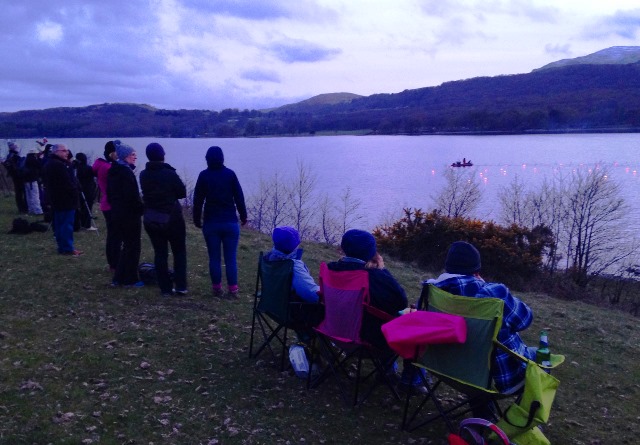 Red lights were slowly joined by orange, yellow, green, blue, indigo and violet, a vivid illumination of that childhood rainbow mnemonic, ‘Richard Of York Gave Battle In Vain.’  People talked in undertones; somehow no-one wanted to disturb the mesmerising spectacle unfolding in front of us. A bat swooped across the water and a boy crouched down to peer into the pebbled shallows. Serious photographers checked lenses and adjusted tripods, hoping  to capture the nocturnal rainbows before they faded again. 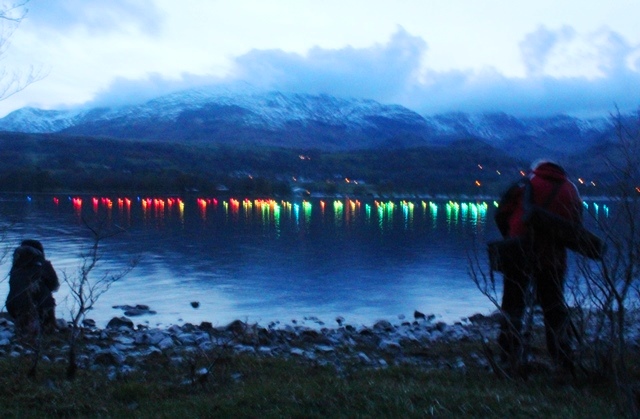 As the night turned electric blue, the gently bobbing line stretched out across the lake, sending streams of colour into its depths. Perchance the spirit of Donald Campbell was enjoying the show as much as those on the shore. Coniston village opposite twinkled; some may have seen the rainbow and wondered if water sprites were having a party … 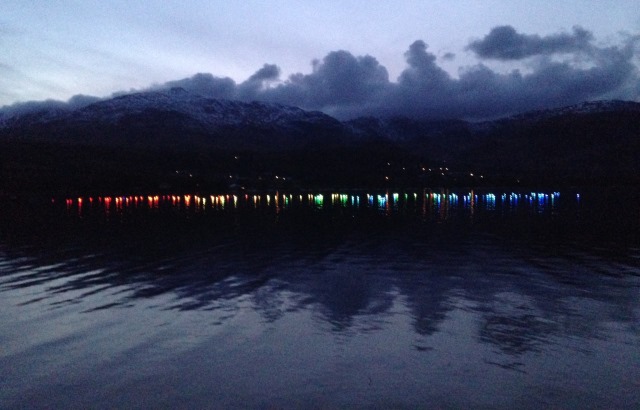 After half an hour or so the lights started to disappear, the violet ones going first. People slowly came back to reality, expressing pleasure at such a sensory treat. My amateurish photographs could not capture the beauty of this experience, but that is fine, for it was its gradual unfolding, transient nature that made it so special. Unlike a painting or sculpture that lasts, this is a truly unique artwork, ever-changing, dependant on its setting, the weather and the eye of the beholder. Charles Monhouse’s Nocturnal Rainbows are appearing on Coniston, Ullswater and Grasmere until May 6th. If you get the chance, take an hour or so to visit the English Lakes and enjoy them. Hopefully, Turner would greatly approve of this tribute to his art … 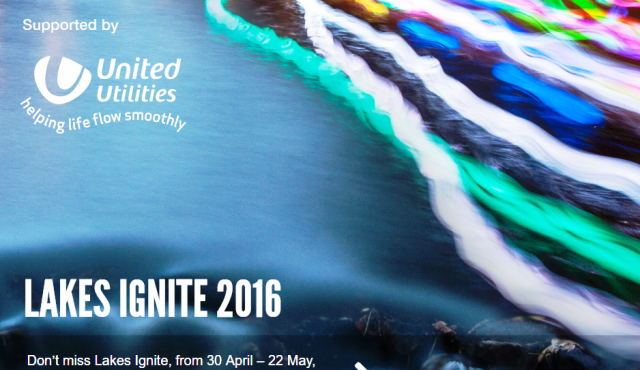