Dressed in flowing red robes, a cocked hat, carrying a brass bell and a big stick with a bird perched on the top, the Town Crier was greeting the somewhat bemused passengers as they passed through the new Liverpool Cruise Terminal on the city's historic river front. Smiling Chinese posed next to him whilst curious Americans wanted to know what he was and how long had he'd been doing such a â€˜fun job'. 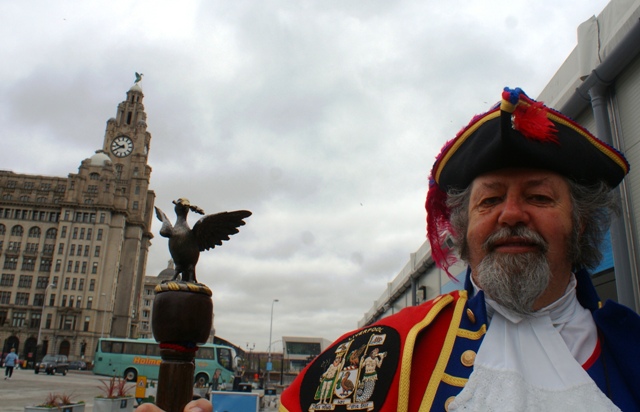 Peering round the door was the expressionless face of a large, brightly-coloured ceramic â€¦ what? It looked like a dog with a scimitar-shaped tail.  â€œIt's a Lambananaâ€, replied the Town Crier in reply to the French tourist. â€œThe original was created by a Japanese artist to represent our history as a port and our contemporary outlook.  We used to offload Fyffe's bananas here.  There were loads of these around Liverpool for the Capital of Culture celebrations and this one welcomes visitors to our wonderful city.â€  Somehow a cross between a lamb and a banana seemed to sum up what this fab place has to offer. Modern buildings jostle side-by-side with iconic maritime architecture, with a foot in the past and an eye to the future. 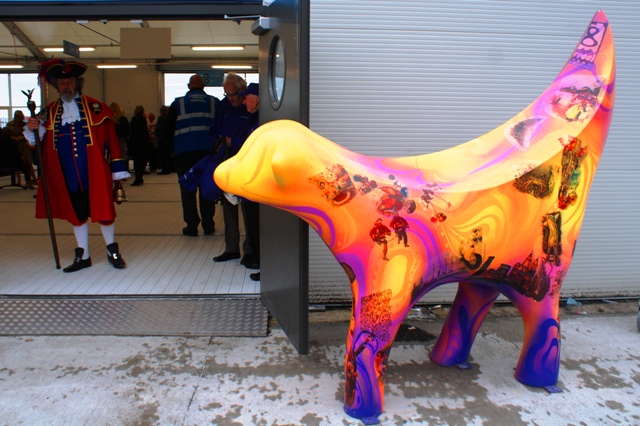 My brother and I were guests of Cruise Connections waiting to be shown round one of the enormous cruise liners that now stop off in Liverpool, as they did in its Victorian heyday.  We'd just come from the Maritime Museum where we'd learnt what a strong connection there is with the tragic liner â€˜Titanic', being remembered 100 years after it sank, taking with it hundreds of hard-working crew born and bred within sight of Gerry and the Pacemaker's River Mersey. 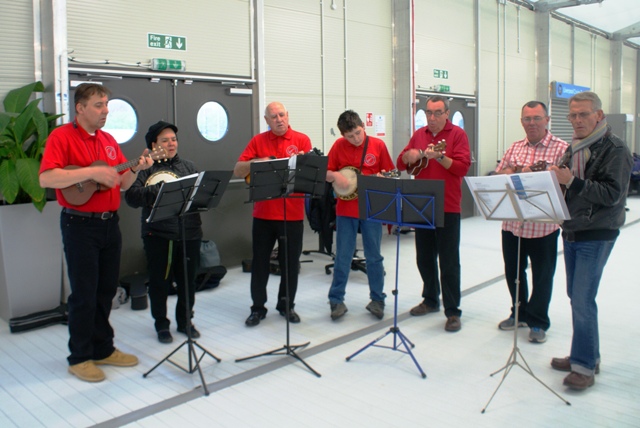 A musical battle was going on in a corner of the terminal as a red-shirted Ukulele Band plinked out a medley of Beatles hits, trying to outdo the tannoy system which was also playing – a medley of Beatles hits.  Suddenly someone unplugged the tannoy and we were left to enjoy the enthusiastic band.  A sharp wind whistled through the open door and a sea fret curled down the river, enveloping the gigantic cruise ship moored alongside the quay.  Not the best day to view the city but the cruise passengers from Celebrity Infinity getting on the waiting coaches seemed excited and unbothered by unseasonal May weather. 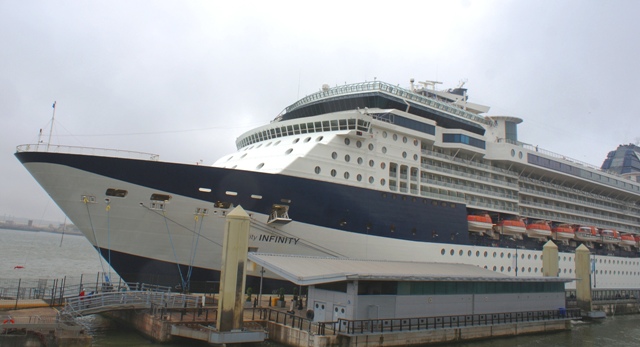 Bored with waiting I wandered over the Town Crier.  â€œCan I take a photo of your stick? I love the bird.â€ â€œDo you know what the bird is? It's the Liver Bird, symbol of the city.â€ I vaguely remembered a local saying that, whenever a female virgin or honest man passed by the Liver Buildings, the Liver Birds flapped their wings. â€œLet's look.â€  We went outside and peered up at the nearby Liver Building, standing solid and proud with its two birds, possibly cormorants, tethered down to stop them flying off across the Irish Sea.  It was being admired by a large tour group from the ship. Squinting through the mist, I was sure I caught a slight flutter of marble wings â€¦ 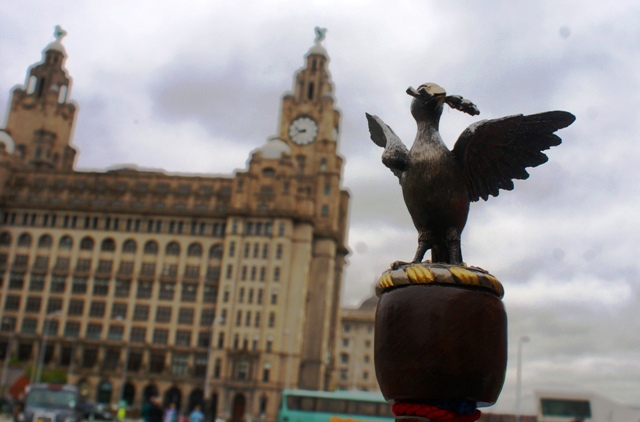 Read about Liverpool’s fascinating slavery history here.  I was lucky enough to go on a Celebrity Cruise aboard ‘Reflection’ and visited Istanbul, Ephesus, Miletus, Didyma and Myknonos – all very intriguing and fascinating destinations.

The Maori carvings of Lake Taupo