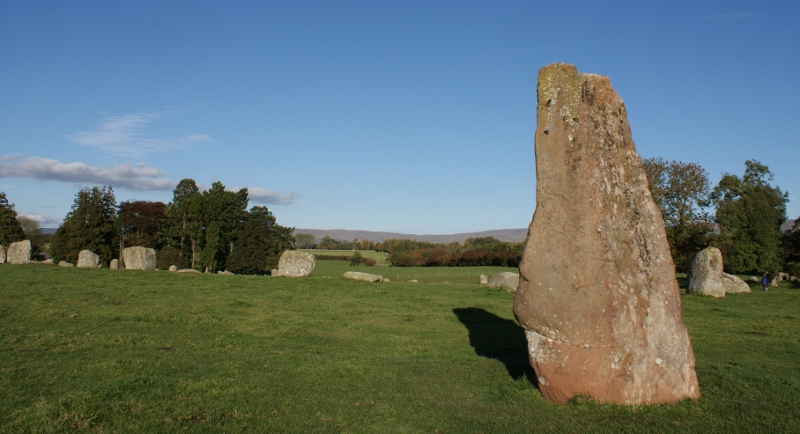 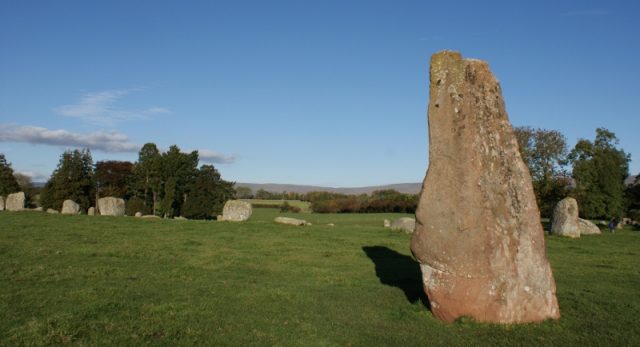 “She was probably a very fecund witch who produced lots of wild, attractive and subversive daughters, scandalising the locals and creating mayhem amongst the farmers and their sons …”  One of many wonderfully imaginative local legends given for Long Meg and her Daughters.  Few people realise that what is said to be the 3rd largest stone circle in England (after Stonehenge & Avebury) is hidden away in the lovely Eden Valley,  below the Pennines in the east of Cumbria. 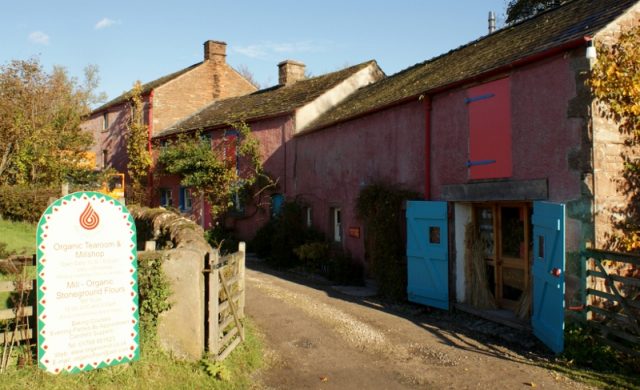 I was taking a couple of visitors round who knew the Lake District very well and wanted to see some of the lesser known sites off the beaten track.  The Eden Valley is perfect as it has many fascinating places to stop off and savour at a leisurely pace. We had a delicious (and organic) lunch at the VERY quirky Little Salkeld Watermill , bought a copy of their ‘Favourite Walks’ booklet (written by the owner, from where the above quote is found) and set off to find Long Meg.  You can walk from the Mill but we had drove 10 minutes and there she was, standing slightly apart from her ‘daughters, watching over them as she must have for maybe 3000 years. 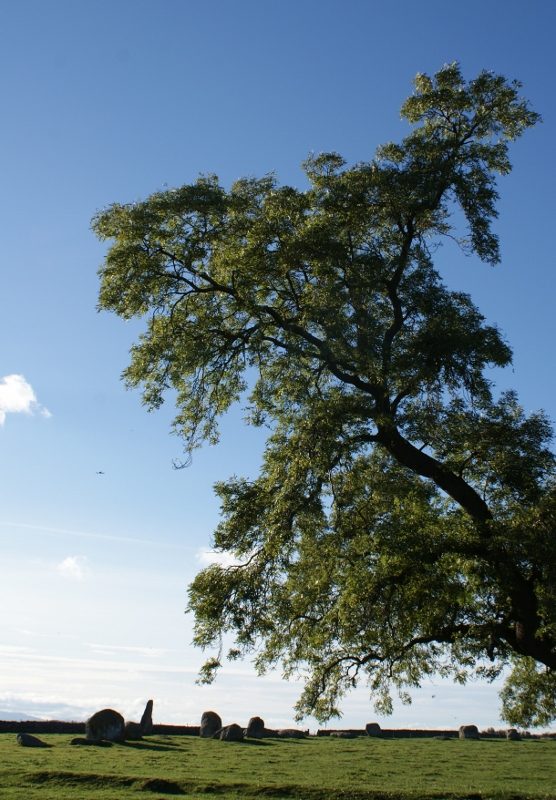 The circle has about 60 stones although if you try to count them you risk being turned into stone yourself, so beware …  Long Meg is made from local red sandstone and the ‘daughters’ from granite.  It’s believed to be Bronze Age, between 1500 BC and 1000 BC.  Theories of why the circle was originally formed vary and include:

Whatever its true purpose, there is NO Druid connection as they were around thousands of years later …

“When first I saw that family forlorn;
Speak Thou, whose massy strength and stature scorn
The power of years – pre-eminent, and placed
Apart, to overlook the circle vast…” 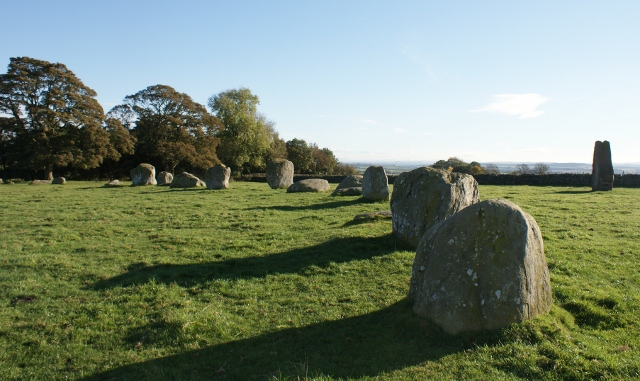 We spent a lovely hour or so wandering round the circle, and at the foot of Long Meg herself we found this curious collection of ‘offerings’, including money, jewellery, flowers and pebbles. It had been the Autumn equinox recently so maybe some pagan ritual was being carried out in memory of that fecund witch and her feisty daughters … 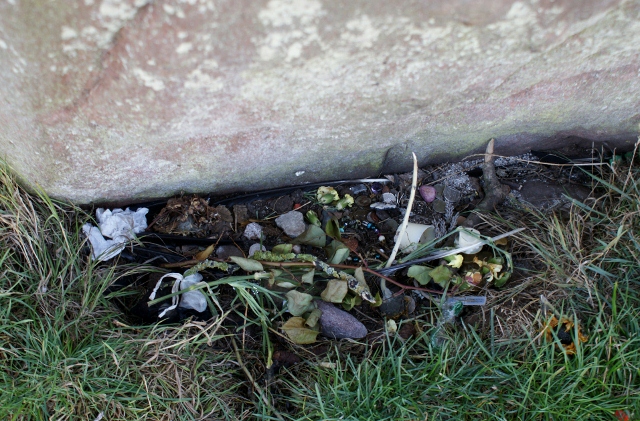 P.S. It was this day out that inspired the winning entry for Britain’s Best Travel Blogger award; truly a life-changing event! 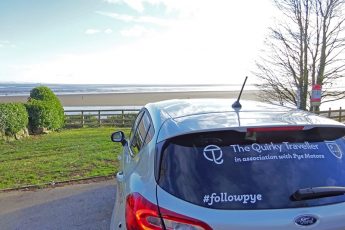 Around Morecambe Bay: Furness Peninsula from Ulverston to Broughton #followpye

5 unique Christmas Gifts from the Lake District in Cumbria