“Ah,  you’ve got Room 105.  Very special.  You’re going to love it.”  When the charming guy carrying your bag tells you that, after you’ve checked in to a hotel, you could be forgiven for a slight air of scepticism.  After all, he’s not likely to say, “Oh Room 105 – poor you.”  However, when he opened the door I saw exactly what he meant.  In front of me were TWO seductively curvaceous baths facing out towards a huge bed, a spacious seating area, large bowl of fresh fruit, bedroom slippers, fluffy bathrobe, quality toiletries, huge flat screen TV and iPod deck.  It’s not often I’m really impressed by a hotel bedroom but this time – oh yes. 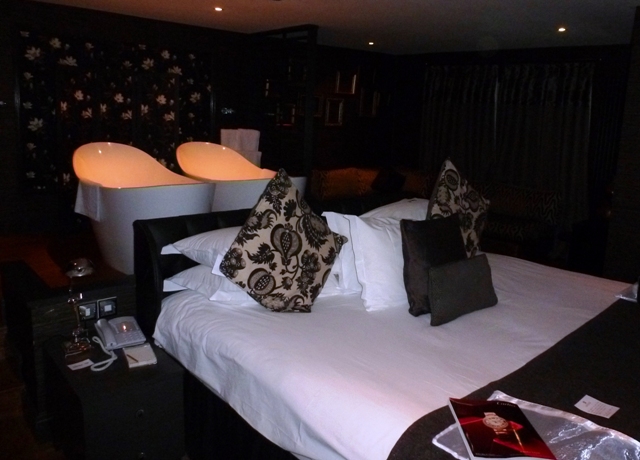 The room exuded warm, seductive charm – the only drawback was that I didn’t have a warm, seductive guy to share the romantic atmosphere with.  The Langdale Hotel describes it as ‘Luxurious, Cool, Romantic, Unusual, Stunning, Contemporary, Surprising, Fun, Naughty, Cheeky, Relaxing, Exciting, Different.’ Yep, I’d agree with that – and add ‘Quality Quirky’ to the list!

I’d been invited to see for myself what the Langdale offers their hotel or timeshare property guests and also to test drive the Twizy, a tiny electric car that is causing more of a stir on the roads and lanes of the Lake District than any Ferrari or Porsche would.  A quick wander round the hotel was enough to see that there’s every facility you could wish for on a luxury holiday, whether for a family, on a romantic break, business trip or solo traveller like me.  Here are a just three of my favourite things: 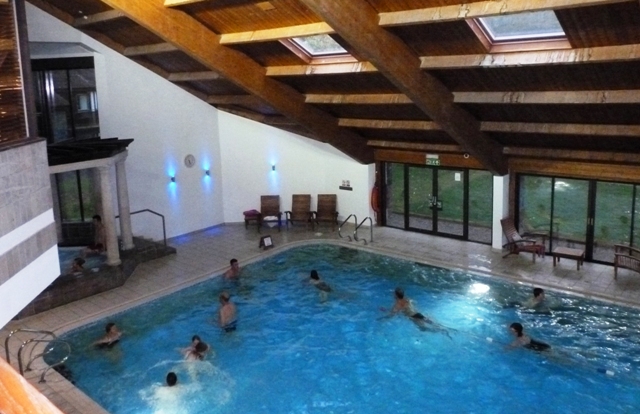 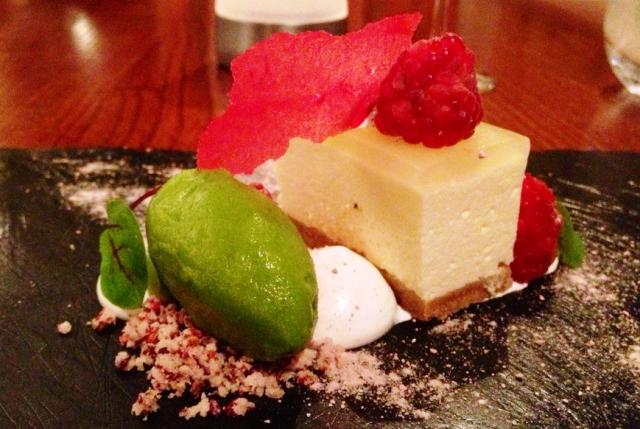 There was only one thing for it after such a decadent dinner; retire to Room 105 and unwind in one of those sexy baths whilst watching TV.

After a great night’s sleep wallowing in king-size splendour, I was back in Purdey’s for breakfast.  The restaurant was buzzing as people fueled up for a day out in the autumnal Lakeland sunshine.   Now it was time for my Quirky Travel adventure in the Twizy.  The cute little electric car was fully charged and it’s really easy to drive.  Switch engine on, foot down and off you go.  It charges from an ordinary plug socket and there are power points around the south Lake District.  And what an eye-catching little wowzer it is! 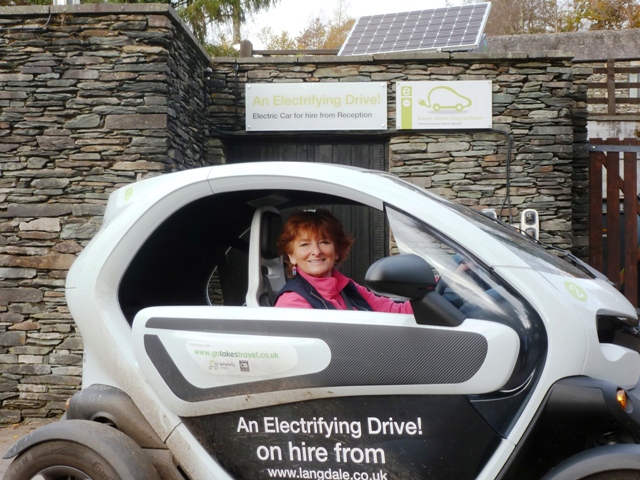 I drove out along the Langdale Valley, through Ambleside and up to Grasmere, relishing the autumnal colours whilst wishing I had brought some gloves, as the car doesn’t have windows.  It has a neat turn of speed and is easy to manoeuvre.  As you probably know, electric cars are virtually silent from the outside (though not from the inside!) so I had to be careful not give the Lake District walkers a heart attack as I crept up behind them on the narrow country lanes.  Everywhere I went people smiled, children laughed and it was more photographed than James Bond’s Aston Martin â€¦ With a battery distance of 40+ miles I didn’t need to recharge and was really sad to have to hand back the keys a couple of hours later.  (More details of my trip in The Kendal Courier magazine and to be posted on the blog shortly.)

The Langdale Hotel leases the Twizys from the Co-Wheels Car Club so their hotel and timeshare guests can hire one from just £10 an hour.  Great value for one of the most fun ways to get around the Lake District. 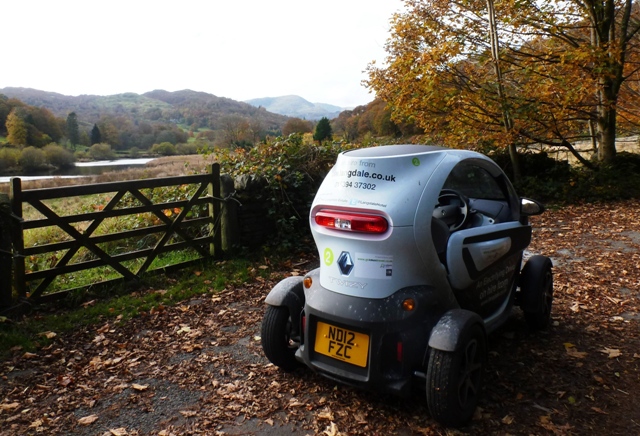 Many thanks to the staff at the lovely Langdale Hotel for making my stay so enjoyable and for that gorgeous bedroom.  Find them on Face Book here. You can discover other interesting ways to get around the south Lake District, including ferries and electric bikes, with Go Lakes ‘Drive Less, See More’ campaign. 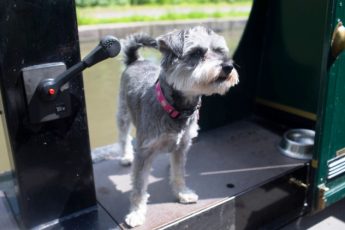 The simple pleasures of a canal boat holiday