Now for some of you that believe the bad press about Manchester, there may be a touch of scoffing and a muttered ‘IF’ but I can assure you that it is very often beautifully sunny in this northern urban city, as those expatriated BBC staff will no doubt tell you 😉 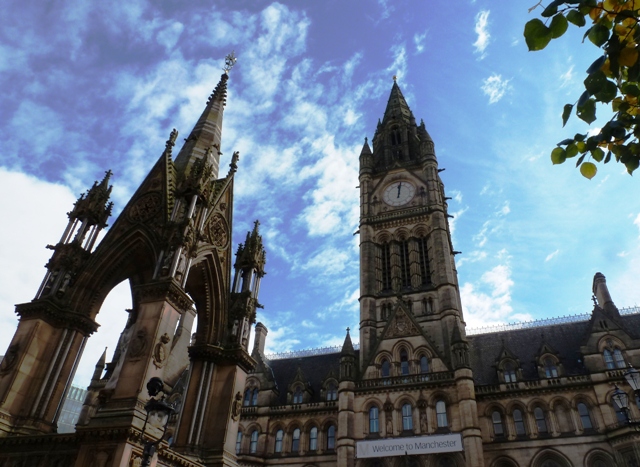 However, there is the occasional day when the balmy zephyrs bring a slight drizzle and then – oh, what to do?  Manchester really does have loads to look at, taste, quaff, admire and glory in, whatever the weather;  there’s definitely more here than football and Coronation Street.

1.  Go shopping in the very quirky mecca for indie culture ‘Affleck’s Palace’ – where tattoo parlours cosy up to heavy metal  T-shirts, next to Tarot Cards alongside retro clothes stalls.

2.  Sample the most delicate Dim Sum at the very popular Yang Sing restaurant in China Town – a treat any time of the day.

3.  Escape the 24/7 city life in the splendid Victorian Gothic Rylands Library founded in 1890 by Enriqueta in memory of her husband John Rylands. It has a priceless collection of books and manuscripts and a beautiful interior.

4.  Check out Manchester Town Hall (photo above).  Another awesome example of Gothic revival, there’s very often a festival going on in Albert Square (the Christmas Market is brilliant) and you can grab a cuppa or a meal in the leather-sofa luxury of the Sculpture Hall Tea Ro0m.

5.  In the centenary of his birth (2012) discover the computer genius of Alan Turing. From 1948 until his death in 1954, Turing worked on the early computers at The University of Manchester, working in the building next door to The Manchester Museum. You can find him sitting in Sackville Gardens – lovely sculpture. 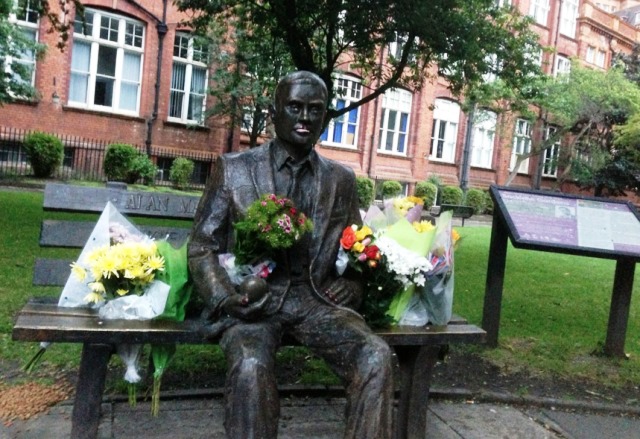 6.  Music of all genres runs through this city along with the canals and motorways – the MEN Arena hosts all the big names in pop & contemporary music.   For the best in classical and  opera the Bridgewater Hall has an eclectic and outstanding repertoire.

7.  Football fans are well-served with 3 stadiums and loads of shops selling footballing memorabilia. Experience the Old  Trafford Museum & Tour to get a sense of how this game has shaped the history of this city.

8.  There’s more to the Manchester Art Gallery than their famous Pre-Raphaelite collection.  There are over 25,000 objects of artworks, including an extensive costume collection from historic dress to contemporary fashion. 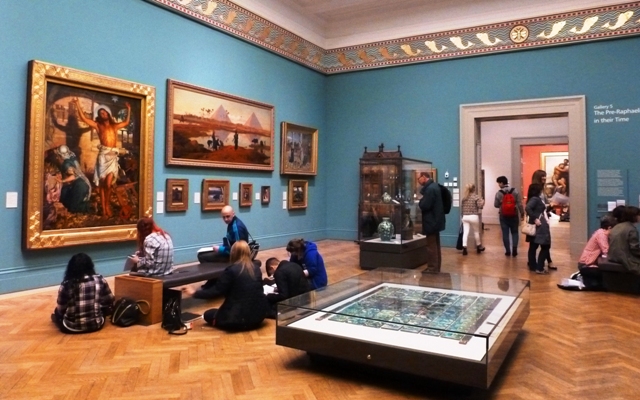 9.  In the flamboyant Northern Quarter there is always plenty going on, especially along Canal St, the gay centre of the city.  For a real taste of this fun scene, have a drink in the so very OTT Lammars , named in memory of the late drag queen, Foo Foo Lammar. 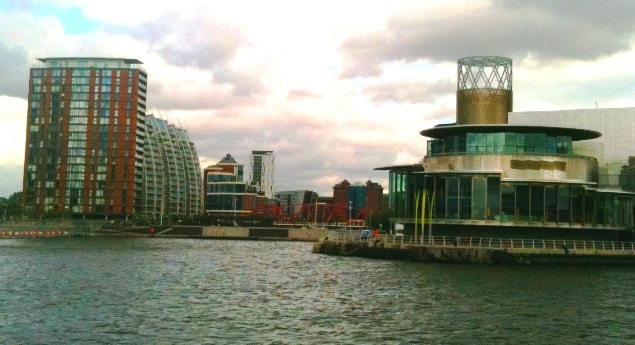 To be honest, I love the rain and with the right clothes and a natty brolly you’ll enjoy Manchester and Salford -whatever the weather …

« Previous post
Get off China’s beaten track this winter
Next post »
Top Sights to see in Siem Reap, Cambodia