Swallows swooped on the evening air, the sky turned a delicate shade of pink-streaked blue and the vino-quaffing audience shushed each other as trumpets sounded across the lawn. 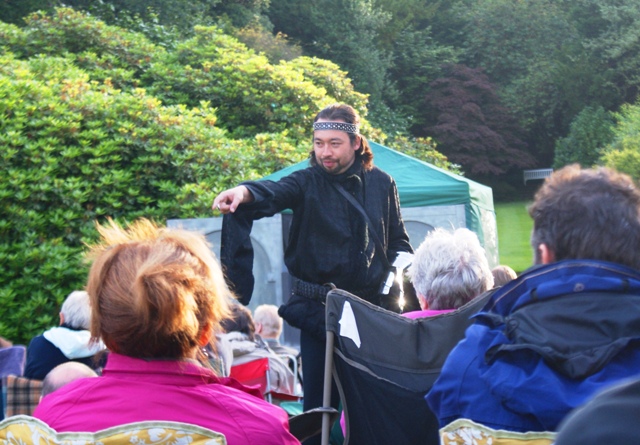 “Now is the winter of our discontent, made glorious summer by this sun of York” boomed menacing Richard III in his famous opening lines, beside a colourful herbaceous border at Leighton Hall.  Is there anything more English and ever so slightly bonkers than risking all to attend an outdoor theatrical performance, especially in the North West?  Our summers can be wet, cool and windy and yet still we book our tickets and keep our fingers crossed for a fine night.  So just imagine what faith The Festival Players must have to travel all over the UK performing outdoors in all weathers.  On the August evening my son and I went to lovely Leighton Hall to see their all-male production of Richard III, the weather gods smiled on us all. 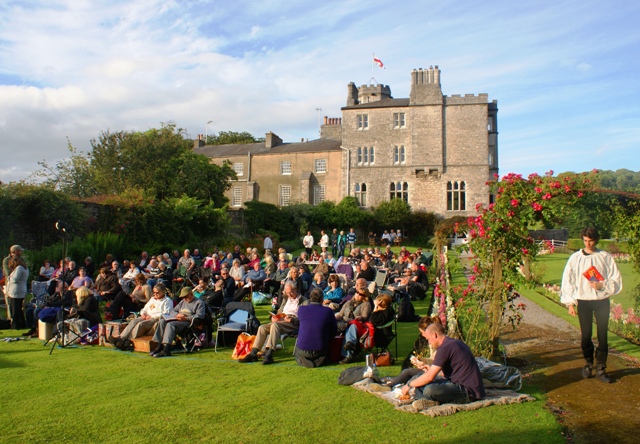 The gardens of Leighton Hall are a beautiful setting for one of Shakespeare’s most thrilling plays.  It sits on the edge of Morecambe Bay with stunning views across to the Lake District. Its gothic façade and solid greystone tower provide a suitably historic backdrop and the gardens are a brilliant counterpoint to the cunning machinations of one of literature’s greatest Machiavellian villains.  Director Michael Dyer explained, “The actual King (Richard III) was almost certainly not as evil as his counterpart in the play but the Bard’s imagination gives us a character of engaging flamboyance in a fast flowing tale that cannot fail to thrill.”  This performance had an added realism from Shakespeare’s days – all the characters were played by men, including Queen Margaret, Queen Elizabeth, the Duchess of York and Lady Anne. 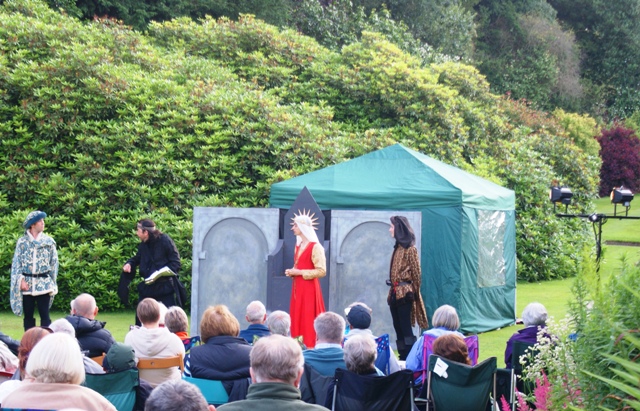 “I am determined to prove a villain, and hate the idle pleasure of these days.” David Lee-Jones was a suitably threatening murderer with a charming twist. His knowing glances at the audience kept everyone in on the macabre joke as he used wily words to bend all to his wicked will.  As the light dimmed the play became even more atmospheric, with bats swooping low and owls hooting across the fells. 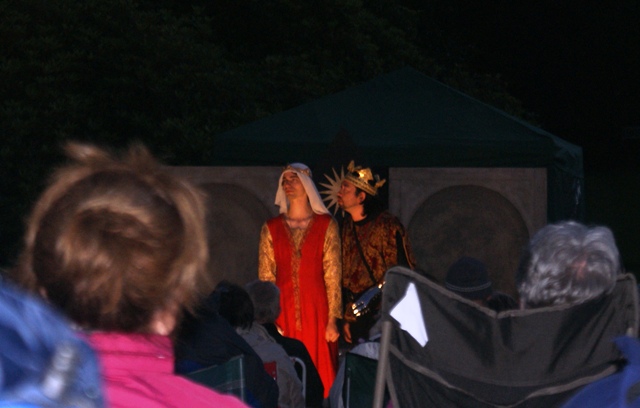 He finally met his come-uppance after a very impressive murder-fest, cutting a swathe through the Plantagenet English monarchy in less than two hours.   Leighton Hall had never seen such marvellous mayhem.  By the time he was yelling for a horse, a horse on Bosworth Field (aka the lawn) we were all delighted that he was about to meet his match at the hands of Lancastrian Earl of Richmond (Scott Smith).  The final words of the play echoed out appropriately across the night-darkened, beautiful grounds,

That she may long live here, God say Amen!’ 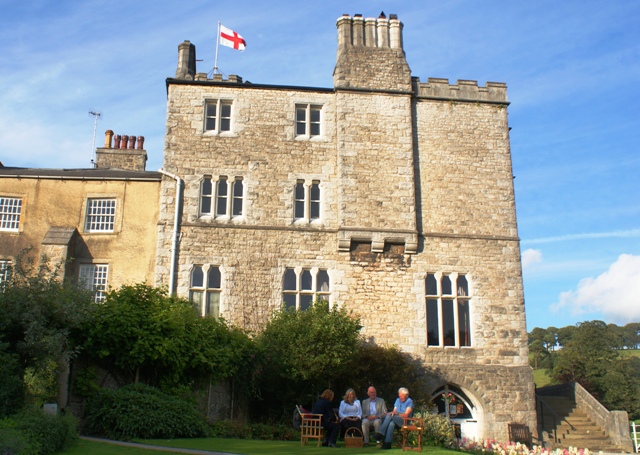 Leighton Hall, on the Lancashire – Cumbria border, hosts a number of event throughout the year – one of my favourites is the Classic Car Rally.

7 Reasons to detour off the M6 in Lancashire

Historic Heysham off the beaten track in Lancsahire

Why you MUST visit North West England

5 Top Tips to make the most of the Edinburgh Fringe