Portmeirion: a world away in Wales 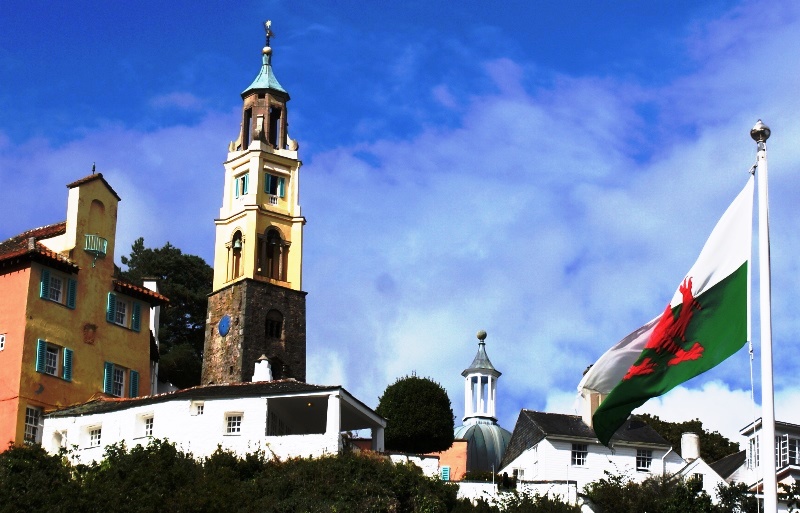 As a child, the iconic TV series ‘The Prisoner’ scared me so much that I used to have to watch it through my fingers.  That big ball rolling relentlessly across the sands towards a fleeing Patrick McGoohan was the stuff of nightmares.  Visiting the living film-set that is Portmeirion village, at the top of the Lleyn Peninsula, North Wales, is a dream of quite another kind.  It’s hard to imagine anything scary here – it’s a confection of sorbet-coloured houses, baroque splendour and quirky statuary. 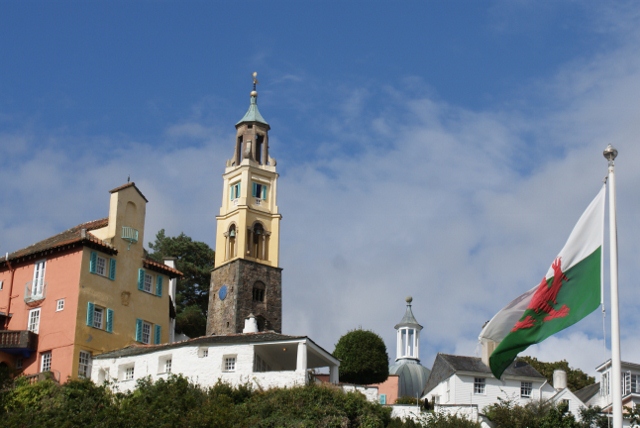 Portmeirion is a great place to take the kids; we went in the summer holidays and there were parents and children as well as visitors of all ages from many countries.  The splendidly-named Clough Williams-Ellis used his brilliant architectural skills to design a gloriously unique mini-town of Italianate buildings where every corner reveals an unusual viewpoint.  His idea was to build a village that would enhance the surrounding area rather than blend in as so many others wanted.  Transporting unwanted buildings from all over the UK, between 1925 and 1976 he created a hotch-potch of architectural oddities that somehow works. 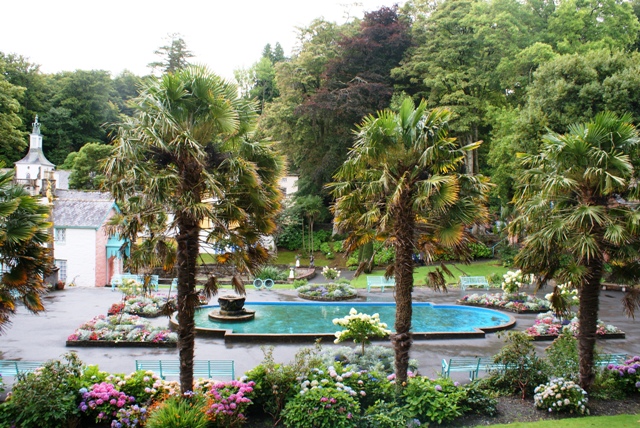 Around the Mediterranean Piazza, with battered palms and an oval blue pool, we found a neoclassical colonnade, a rather sombre Jacobean Town Hall, a pretty Tuscan villa and shops masquerading as Roman Temples, Ship’s Chandlers and an Italian Loggia. Hidden amongst the winding alleys are quaint self-catering cottages, though you would have to be quite an extrovert to enjoy all the visitors wandering past your front door most of the day.

Needless to say, ‘The Prisoner’ has its own shop where you can sit in the big red seat featured in the TV series, buy a video of the series and plenty of other souvenirs.  (Portmeirion hosts an annual Prisoner Convention; for die-hard fans only …)  In one shop crammed full of tempting objects I bought a pretty Portmeirion Pottery plate – it was a second but I couldn’t see anything wrong with it.  As we wandered round, many sights caught our attention.  A domed building, vaguely reminiscent of a Florentine church, housed a collection of local art. A mural of a Greek god (Poseidon?) grabbing hold of a Unicorn above a tea shop entrance, a mermaid adorning a colourful plaster wall, a sheep hanging from a wall next to with what looked like a saint on a balcony blessing the passers-by from on high. 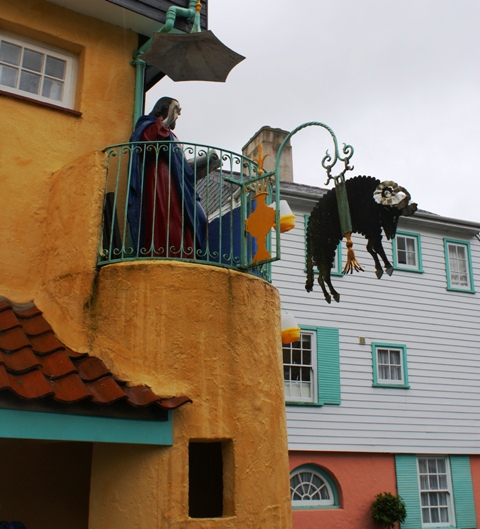 We persuaded the kids to come along to watch the film of the story of Clough Williams-Ellis and Portmeirion but I am sorry to say that they had a fit of the giggles and had to leave! Have to admit, I found it hard to keep a straight face at the rather dated and relatively uninformative video and, unless they have updated it, wouldn’t recommend wasting time watching it … What I would suggest instead, is taking a walk through the acres of sub-tropical gardens or along the beach, to The Tower. 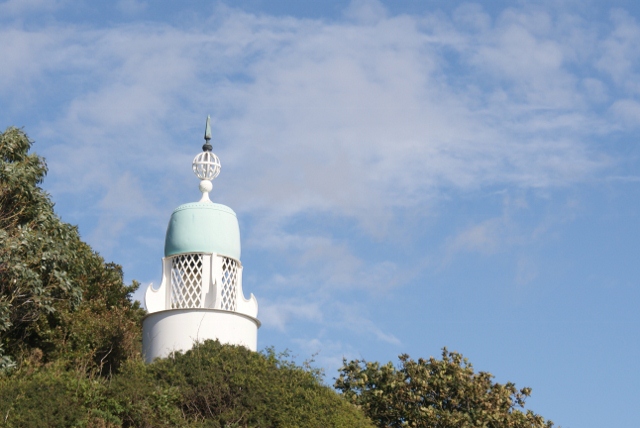 In late spring the rhododendrons and azaleas that grow randomly between the pines and myriad trees must be quite splendid.  The Gwesty Portmeirion Hotel sits alongside the River Dwyryd estuary and there’s a little tunnel and cave built nearby.  However, it’s the view of the  undulating ridged sands which meet the sky where the sea rolls in, that takes the breath away. 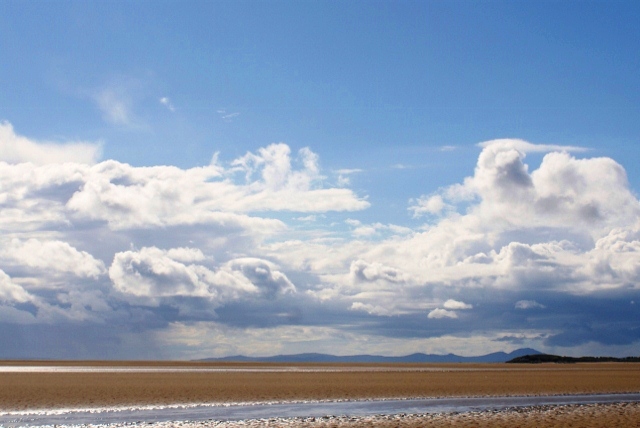 Gazing out across the wide open bay to Porthmadog and Welsh hills beyond, it’s easy to forget that a giant ball might just come rolling inexorably round the corner any moment …

3 luxury places to stay in England and Wales

Reflections on the Queen's Diamond Jubilee 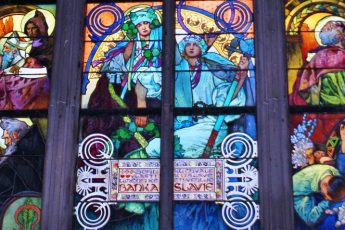 Top things to do on a Winter Break in Prague