Some of the most charming and very definitely quirky artwork to come out of Australia is made by the Potters of Hermannsburg in the remote Northern Territory.  Various utentsils including pots, vases and bowls are decorated with just about every type of native Aussie creature from the kangaroo to the witchety grub. 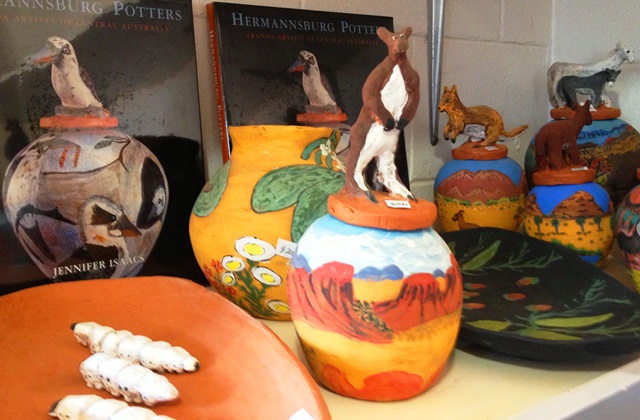 In 1990, senior law man Nashasson Ungwanaka invited accomplished potter and teacher Naomi Sharp to come and teach pottery to families, many of whom at this time were living on their traditional country at outstations.

“I started driving out for three days and back in for two days. I had a kiln in Hermannsburg, made in the early 1960’s. That is what we started with; that was in the shack that we are still in at Hermannsburg. But I was hired originally as an oustation project. So that is why I loaded the car with clay and glazes and went out to outstations.”

– NAOMI SHARP, QUOTED IN ISAACS 2000 from The Hermannsurg Potters 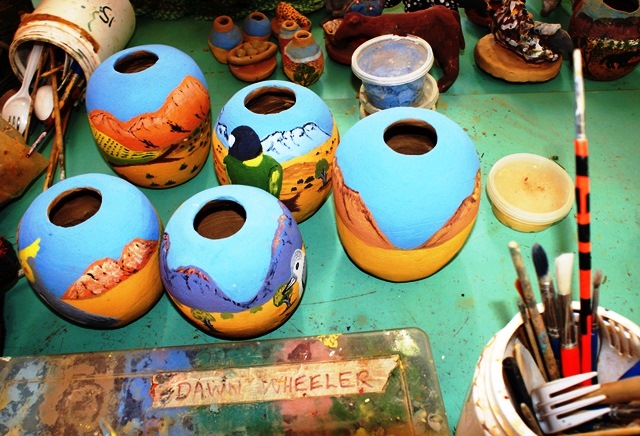 About 130 km south of Alice Springs, the drive to the tiny village where the pottery is situated, takes you through spectacular Outback scenery, past straggly eucalyptus trees, scrubby bush and misty mountains. Arriving in Hermannsburg Historic Precinct is to enter a little world caught in a time-warp. Low-level white-washed buildings were built when this area was a Lutheran Mission centre in the 19th c. The German church still stands, alongside a school, houses and numerous outbuildings. There’s a little shop and an Art Gallery exhibiting paintings by one of Australia’smost renowned artists, Albert Namatjira. 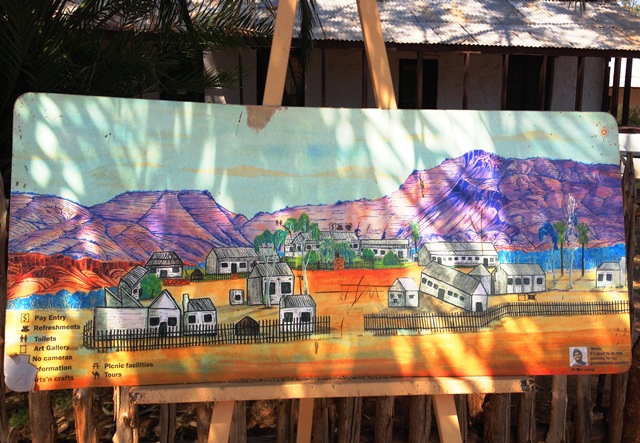 On our visit we had excellent scones and jam in the quaint Kata Anga Tea Room before wandering around the little settlement. The blazing Aussie sun beat down relentlessly and the noon-day air was still and mesmerising. Rusting tractors and ancient farm implements were scattered about the village. Huge red gum trees and date palms gave welcome shade. 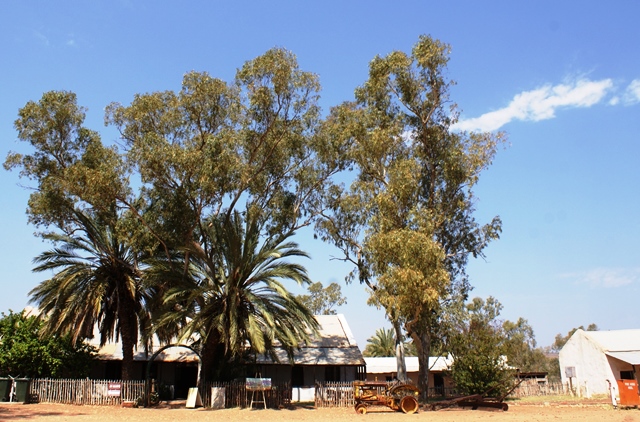 The Potters of Hermannsburg

Wandering over to the Hermannsburg Pottery, we entered yet another world, this time of whacky figures adorning colourful vessels painted in vibrant colours. Seated at tables littered with paints, brushes, pots, paper, scissors, newspaper and cups of tea, the Aboriginal women of the Aranda tribe sat quietly creating unique masterpieces. They are shy but used to visitors admiring their handicraft. Dawn Wheeler Ngala showed me her pretty turquoise scenes (see above) and Hayley Coultard Panangka demonstrated how she made the standing figure on her table. 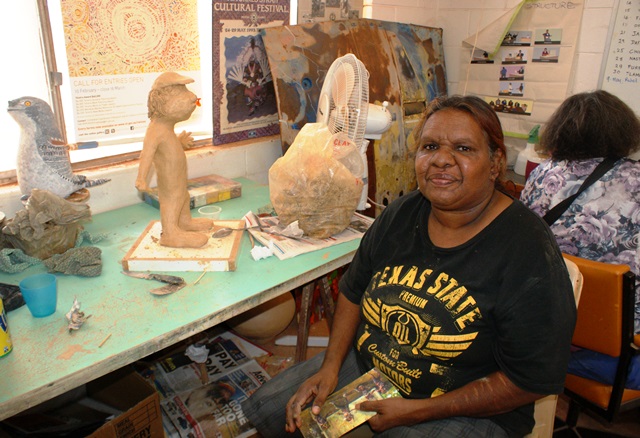 Everywhere we looked there were gloriously quirky objects. In the middle of one of the trestle tables was a large white cockatoo and a grey kangaroo with a tiny joey peeping out of her pouch. These were the creations of Judith Inkamala Pungkarta; she was mixing paint for the stripes on the kangaroo’s tail. (Yes, stripes – and no, I’ve never seen stripes on a kangaroo’s tail either, but that’s what makes these such original artworks.) You can see profiles of the Hermannsburg potters here. 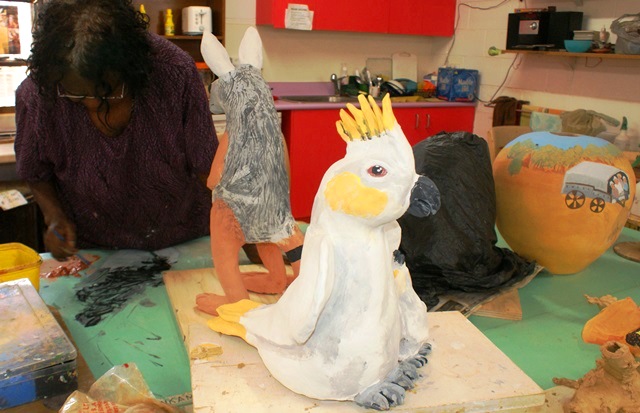 In a store room off the main art room was shelf after shelf of pottery ready to be shipped over the America for a big exhibition. Price tags on some of the works showed just how commercially successful this venture is; one large vase was priced at $1,500. All profits are shared between and the artists and ploughed back into the Pottery venture. 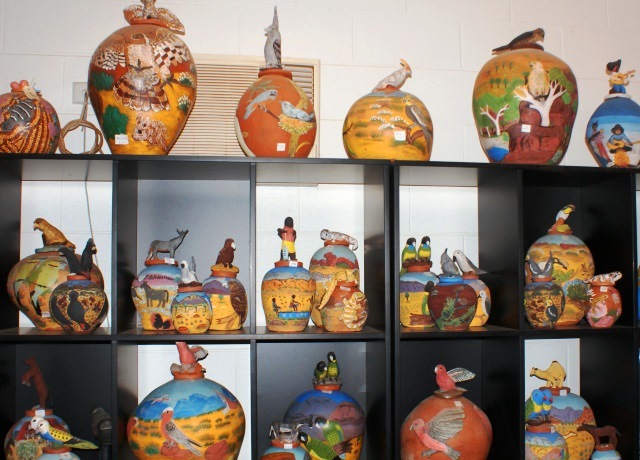 Having spent an hour or more admiring the work of the wonderful Potters of Hermannsburg, I emerged into the afternoon sunlight feeling inspired and strangely rejuvenated. There is something childishly impish about this pottery that brings a smile to all who see it … 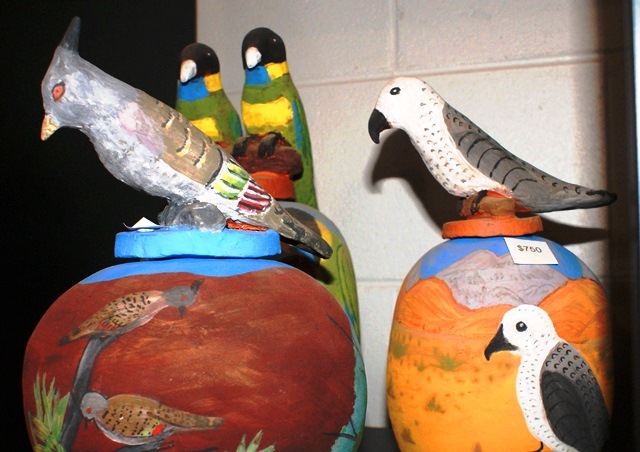 I travelled to Hermannsburg courtesy of Northern Territory Australia. 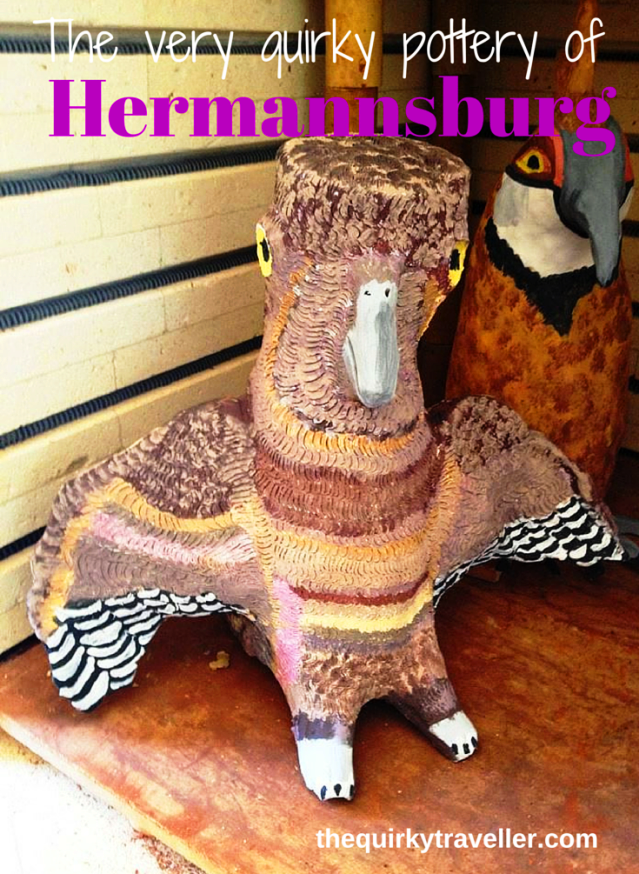 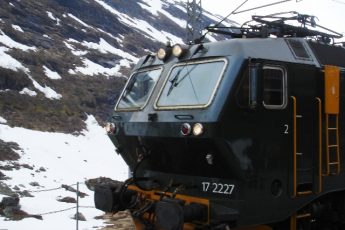 Cruising to Sognefjord and the Flam Railway Journey

The Quirky Traveller sets off ...