Salutation from the Fabulous Baker Boys …

Getting two teenage boys to make a loaf of bread may not sound like the most obvious plus from a weekend in Cumbria but it was definitely something different.  We’ve stayed in many different types of self-catering accommodation over the years, ranging from spartan (a cubby hole in Sussex) via humongous (a villa in Menorca) to inspirationally restored (an apartment in Jerez) but none had their own breadmaker with a packet of mix to tempt even the most unadventurous baker to have a go…

My son, his mate and I were having a short weekend break at the Salutation Yard, a new complex of tastefully done-out self-catering cottages in the little village of Skelton, Cumbria.  This charming area is far less well-known than the Lake District and is on the edge of the Eden Valley to the west of Penrith.  It’s a perfect escape from usual tourist hot-spots in the region and has a tranquility that is most beguiling.  Rather quirkily, East Byre, the largest of the 3 cottages, used to be a cow byre and hayloft and some original features still survive.  We had a choice of 3 bedrooms and 3 bathrooms; needless to say Mum got the biggest one! 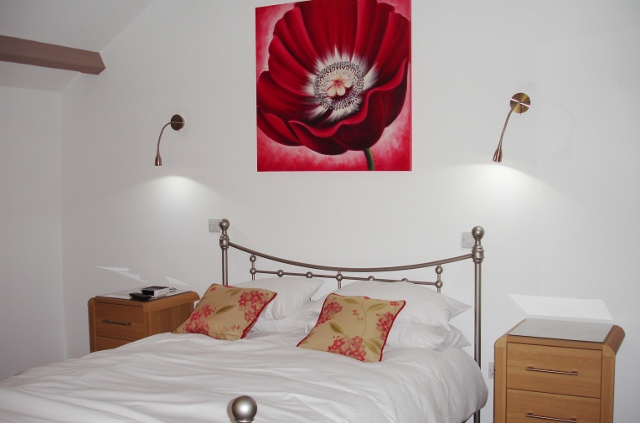 The kitchen has a fab cooker and is incredibly well-stocked.  There was a welcome pack of goodies including a box of chocolates & a bottle of wine -and the bread mix of course.  My son wanted to know why our home wasn’t like this and could we have a big flat screen TV please?

There’s plenty to do nearby though you do need a car for most  of the sights.  We drove to the pretty little village of Greystoke with its Castle famous for its links to the Tarzan story.  After stocking up with a few more provisions in the local newsagent’s, we had a wander round. I love these old Cumbrian villages with their quaint houses, old pubs and lichen-covered walls.  We saw a very quirky sight on the green – a scarecrow sitting on a rusty old bike complete with helmet.  The village is on the Coast to Coast Cycle Route and the Greystoke Cycle Cafe caters for cyclists and travellers in a delightfully quirky old farmhouse.  We had a drink in the garden overlooking the castle, some willow-weave hens and some very tired cyclists. 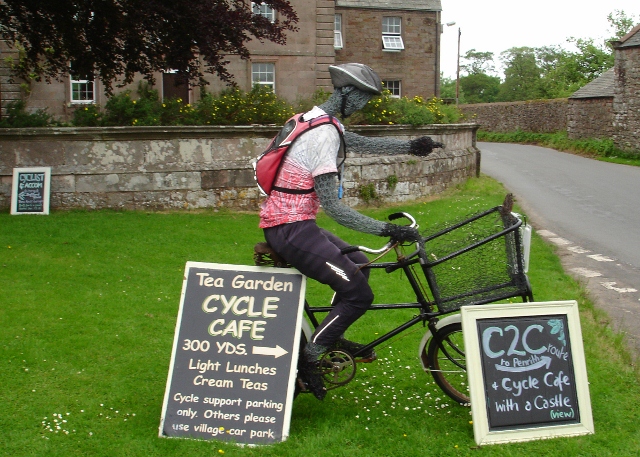 In the afternoon I wanted to do some writing so the boys went off on a reccie of the village.  It’s got a pub which apparently serves decent food, and a Post Office which was closed, plus a Bowling Green.  On their return, they got out the old badminton racquets and played in courtyard for ages.  Hearing them laughing and shouting as they leapt about was just great; good to get away from it all now and again … 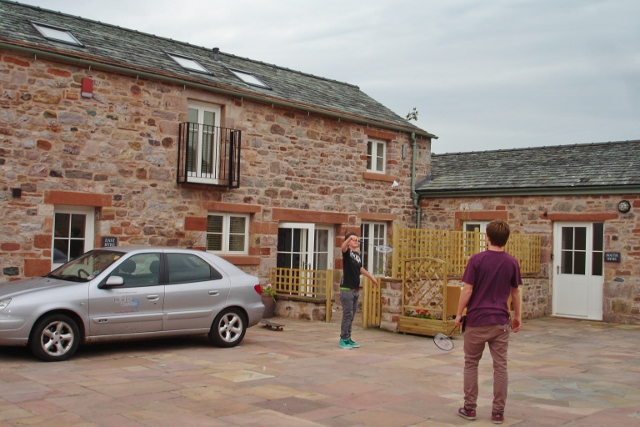 The boys had a go at making the bread and then, after dinner, (pizza, salad and cake – no culinary effort for any of us on holiday!) we found a big box of games for us to play with – Monopoly brought back memories from long ago.  The smell of baking bread wafted around the comfy lounge as we watched TV.  Then it was bedtime and those superduper bathrooms and lovely big beds. 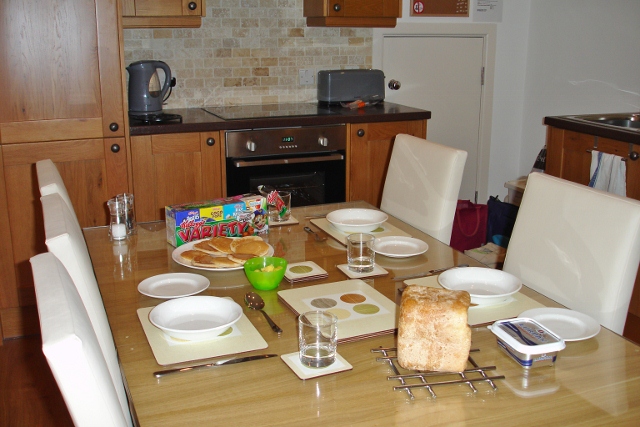 It’s a while since I’ve woken up to the sound of  church bells on a Sunday and the calling of the swifts – or were they Swallows … or maybe Amazons.  We had a lazy morning with their excellent homemade bread, pancakes and cereals.  I’d got a day’s outings planned – a visit to Hutton in the Forest, an ancient house in large grounds nearby, then on to High Head Sculpture Park BUT … the boys said they just wanted to stay at the cottage, have another wander round the village and play badminton.  So … that’s what we did. After the walk I read a book whilst they played in the yard until mid-afternoon when it was time to return to reality.

Jane & Duncan Hodkinson own Salutation Yard, part of Sojourn North self-catering accommodation and have combined their love of restoring properties with wonderful hospitality and the ability to create comfortably luxurious places to stay.  Quirky touches are found in all their properties – in Easy Byre my son thought the sea view paintings were ‘cool’ and I fell for the pottery ducks.  Many thanks for them for a lovely break – highly recommended for a true get-away the Cumbria countryside. 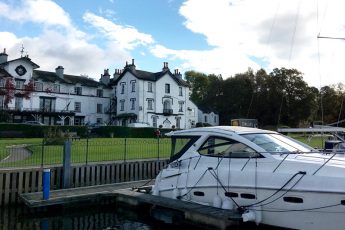