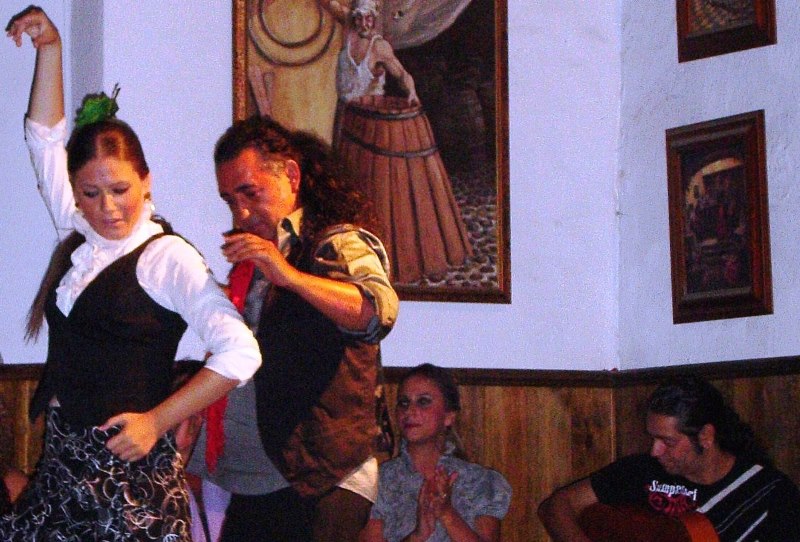 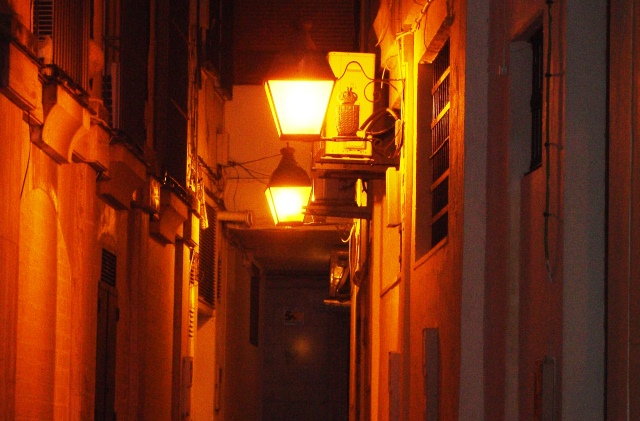 Footsteps trot closer then receding along a narrow street. The stirring lament of a passionate singer, the staccato thrumming of a guitar, children laughing, the ping of a wine glass chinking another, zithering cicadas, a distant motorbike’s roar, animated discussion in a powerful dialect. The sights and sounds of an evening in Jerez de la Frontera.  Find a table outside a busy restaurant where the locals are enjoying their dinner; not difficult in a town that has not been overrun with braying tourists.  Wait patiently for a menu, watching the sinuous curl of a tiny cat weaving its mysterious way amongst the chair legs. A group of women flutter fans in the sultry heat. 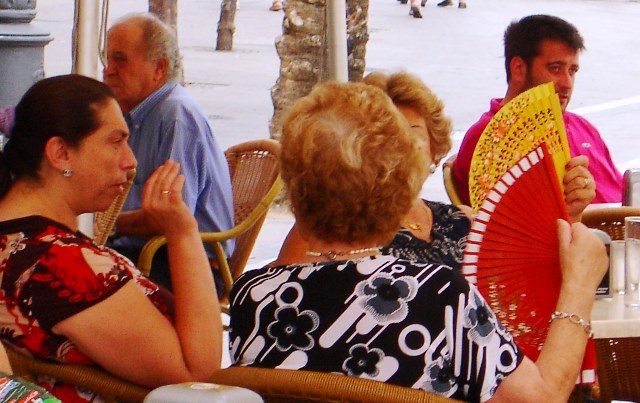 The dishes have quirky English translations (‘salty fish on a couch of lettuce with egg custard’), no idea what to choose so ask the waiter for a recommendation. Don’t understand the reply and say, “That’ll do nicely, gracias.”  Order a glass of fino sherry because that is what is done in Jerez, home of the occasionally maligned aperitif.  By the end of the stay, its mysteries will have been explained and another convert will return home to extol its the sensuous joys. 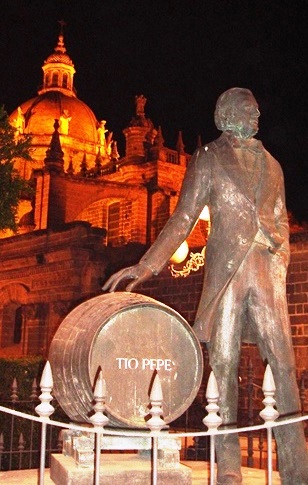 Sip sherry slowly as the sun sets and darkness envelops us. Listen to fellow diners play out their family sagas, flirting with future grandparents, arguing who knows what, gazing into each other’s eyes in anticipatory silence …  Twirl the elegant glass, take in the aroma of Andalucía and all its complex beauty.

Small plates of olives, pink marbled ham, tiny sausages, strangely shaped vegetables lazily floating in olive oil and slices of white bread are abruptly slammed down, with a winning smile.  “Enjoy.”  Order a bottle of Tempranillo and start to feel the lazy warmth of the Spanish evening slowly dissolve the cares and insignificant worries that arrived earlier at the table. The scent of a nearby jasmine bush drifts across around the square. Eating and drinking like a Spaniard – therapy on a plate.

A striking looking man with beseeching eyes strums his guitar as he wanders between the tables.  Ignore him in embarrassment, secretly wishing to be serenaded all night long. Nearby buildings glow orange and Tio Pepe gazes out across the city next to one of his sherry barrels. 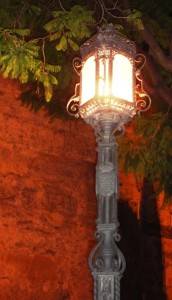 A large platter of prehensile prawns appears in the middle of the table with luscious chunks of lemon scattered round.  Twist the lemon with a fork and allow the zingy drops to add their zesty juices to the dish.  Pick up a prawn, feeling the delicate fronds of antennae tickle tentative fingers.  Gently twist and pull off the head, peel away the fragile carapace and taste the nearby Atlantic Ocean with its promise of salty waters and hidden depths.   Somehow the bread does not do this meal justice …

The chenille dimness of the night wraps its arms in a balmy, benevolent embrace. The table is lit from a nearby ornate lamp. Movement seems superfluous and yet, and yet, tiredness starts to envelop.  Call for “la cuenta, por favor’” (those school Spanish lessons prove their worth.)  Lay crisp notes on the flimsy metal tray and don’t think about the cost; there’s no price for an evening such as this …

Jerez de la Frontera is a Moorish city in Andalucia, not far from the coast of southern Spain. The word sherry comes from a corruption of ‘Jerez’; the town is in the Sherry Triangle which includes Cadiz and El Puerto de Santa María. Jerez is famous for its equestrian heritage (see also the beautiful horses in Menorca) as well as flamenco dancing and guitar music. 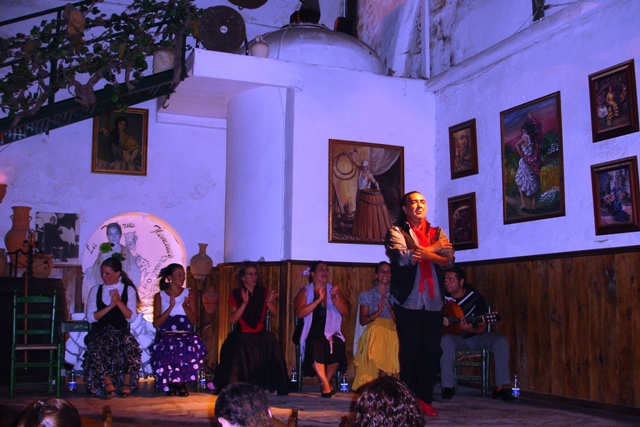 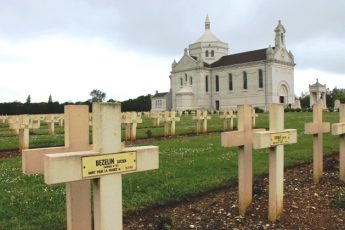