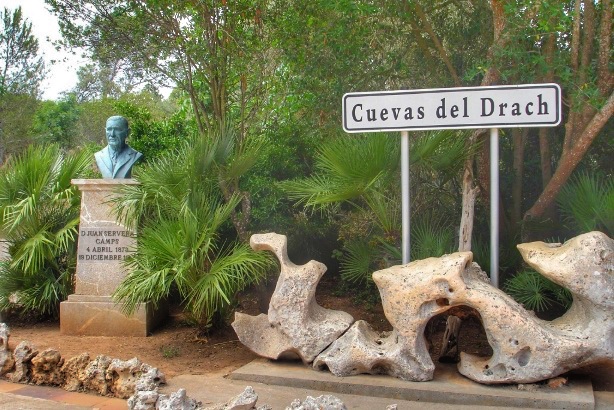 One of the most popular tourist sights on Majorca is the Caves of Drach and I must admit to feeling a bit wary going there as so many of these places are a disappointment. Certainly the queues for the ticket office didn’t augur well, but once inside … 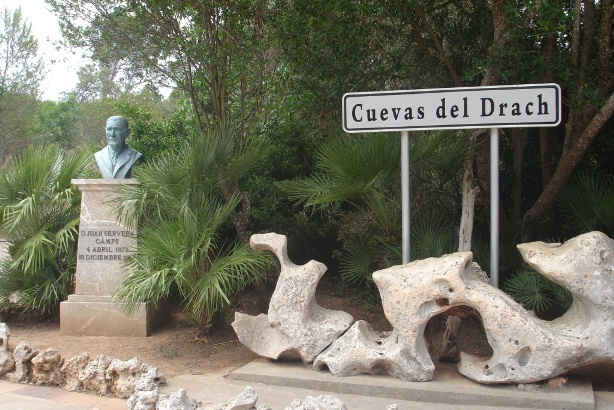 … I have never seen such spectacular stalactites and mites.  The ceiling is absolutely covered in tiny glittering spikes like some exotic portcullis designed by faeries. There are huge twisted columns and pools reflecting a myriad of shapes and designs to fire the imagination.  The only problem is that, if you visit in high season as we did ie late July to the end of August, you will be sharing this spectacle with what could well be a thousand others at a time. 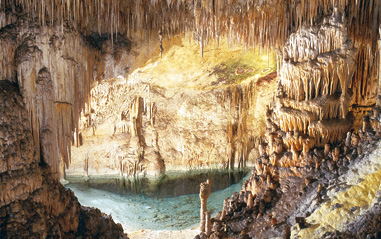 You are herded through the caverns, numberless to man, by guards who try to ensure you take no photos or videos and keep moving at all times.  Eventually you reach a large cavern with stacked seating and it’s here you realise just how many people they cram in to each hourly tour.  We spent at least some of the half hour or so of people streaming through to be seated, calculating just how much the owners of the Caves of Drach must be making at â‚¬11.50 perhead when we reckoned there must be nigh on 1000 people seated just on our tour.

Eventually the lights were turned off and, after one last command NOT to take photos or videos – in any language, we were told there was to be a live musical concert followed by a display called ‘Sunrise over the Lake’ or something like that.  Very slowly through the dark, appeared  three rowing boats, bedecked with white lights and from the front one came beautiful violin music.  The music gently echoed around the perfect acoustic chamber and the setting was quite magical; a a charming finale to the tour. 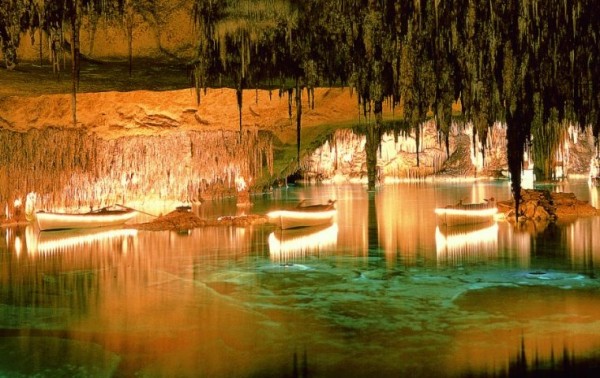 Photo courtesy of cuevasdThe we had to get out … the choice was either to go by rowing boat – each one seating maybe 20 people (takes ages), or walk.  We walked, a rather steep climb back out; if you want to get the boat my TOP TIP is sit on the FAR side when you first come into the cavern as it’s nearer the boats!

From here you can easily visit the bustling harbour of Porto Cristo lots to see and do here.  We loved looking round the luxury yachts and imagining what it would be like to sail off into the sunset on one of them.  The nearest we could probably get would be one of the Glass Bottom cruise boats! Oh well, that is what dream holidays are made of … 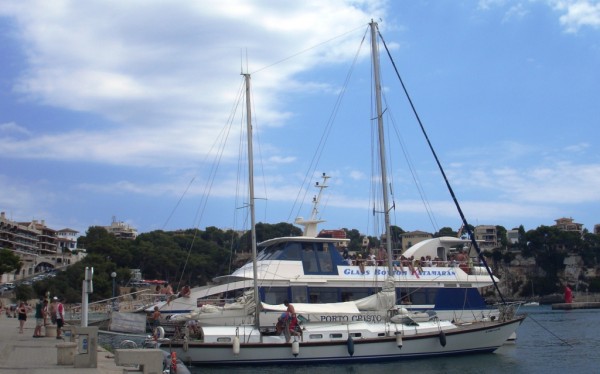 Other places you can read about on our trip to this lovely island include Puerto Pollensa and Alcudia.