In this fascinating article in the World Travel Blogger Series, Linda Wainwright tells how a 1990s film triggered a trip to one of America’s more out-of-the-way places.

The movie Message in a Bottle inspired my interest in the Outer Banks of North Carolina and via subsequent reading of Nicholas Sparks, I realized that location is as much a character in his work as  any protagonist.  So what was so special about this skinny string of islands off the North Carolina coast?  During a trip to the USA, I decided to see for myself.  With a couple of free weeks, I flew to Raleigh Durham and drove to Nags Head, in the middle of the island chain. Sitting in my hotel room, an electrical storm raging overhead, disappointment set in. What I’d seen so far was nothing like the remote area I’d imagined. The main drag appeared to be tourist tat and surf shops. Was I, I wondered, a victim of Hollywood hype? 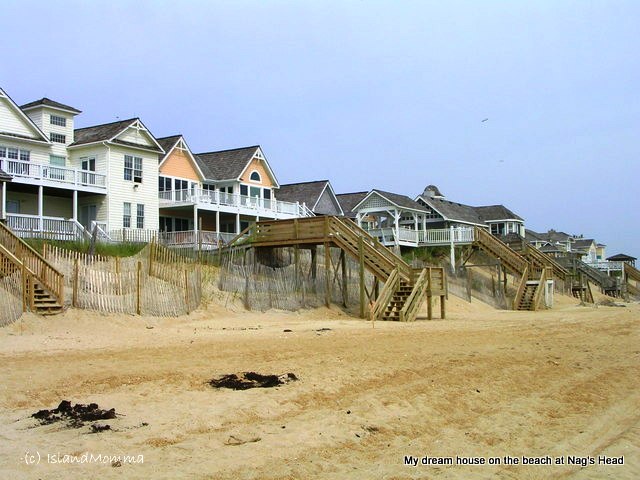 By morning, the storms gone, I strolled the beach in peace, collecting shells, taking snaps and dreaming of living in one of those wooden houses with steps down to the white sand. In the afternoon I drove to Kitty Hawk, scene of man’s first flight, and the Wright Brothers’ Museum, and wondered at the dearth of equipment and excess of ambition which drove them. 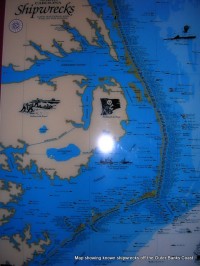 The next day I crossed to Roanoke Island, where I began to appreciate the area’s complex history. It’s one of pirates, shipwrecks, and ghosts in an area known as The Graveyard of the Atlantic. Along its shores lie wrecks from the early pioneers, treasure ships, the American Civil War and from World War II. The name ‘Nag’s Head’ is said to come from the wreckers, who tied lamps to horses tramping the shoreline, fooling ships into thinking they were the lights of boats bobbing safely in habour, luring them to break up on the coast. But the biggest mystery of all is the Lost Colony. The first English settlers arrived in 1587, but when a supply ship returned three years later they had disappeared without trace, and no-one has ever discovered exactly what happened to them. There are theories, of course, but no proof.

Nag’s Head may have disappointed, but my mood lifted as I wandered south along the islands, and away from the busier spots. I explored beaches where fishermen lined up along the tideline; saw a lighthouse which was moved in its entirety some 2,900 feet when the coastline shifted; walking through woodland one day I came across a tiny, pretty graveyard, marked by picket fencing, discovering that it was a British war grave. Finally, at the southern tip of Hatteras Island I came to the point where the road ran out, and the only way to Okracoke, the next island, was by ferry, a larger version of the one which plies Lake Windermere in the Lake District, UK. 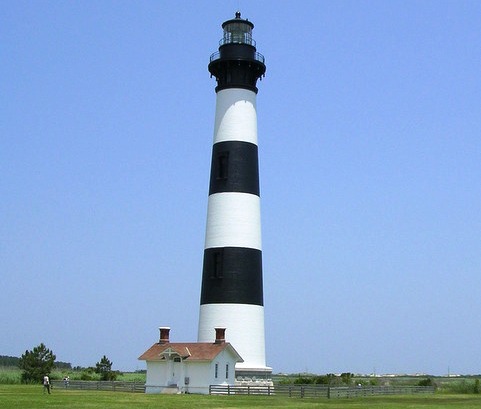 Landing on the thin sliver of 13.5 miles, where the infamous pirate Blackbeard met his death, I finally felt that sense of isolation and differentness apparent in Sparks’ books. Here was a small community, a mixture of locals proud of their history and a vibrant group of new-comers, artists, writers and folk seeking a simpler life.

I found dunes of white sand where turtles return to lay their eggs; another immaculate Commonwealth graveyard dating back to WW2; wild horses; more pirate history; an iconic lighthouse, and craft shops full of the handiwork of local potters, artists, photographers and writers.  I was so happy in Okracoke that I didn’t go on to the even quieter islands further south, and finally I understand why the area plays such an important role in Nicholas Sparks’ books – and they definitely qualify as ‘quirky’.

Linda Wainwright left the damp coast of North West England over 20 years ago and is currently based in the Canary Islands. She says that she’s re-inventing herself  for her ‘Third Age’, which includes indulging in writing and photography, passions she has had since junior school.  For more, visit her blog Island Momma’s New Life, find her on Face Book and follow on Twitter. 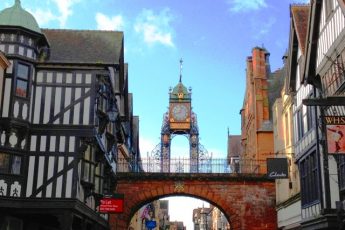 Shopping with a dash of history in charming Chester 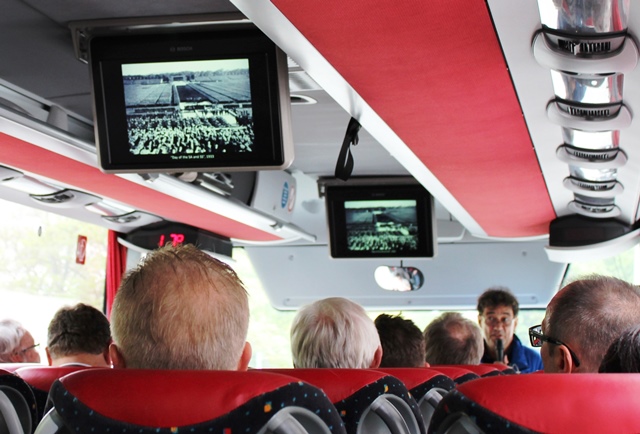 « Previous post
Out and about in Canary Wharf, Docklands
Next post »
Historic Skipton – a quaint Yorkshire Market Town