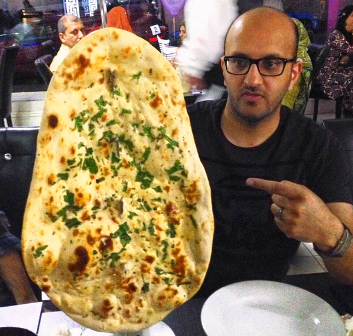 Held aloft like some Roman Regimental banner, the enormous naan made its way through the restaurant to be placed with due reverence on the table behind us. Before it could be ripped apart, the youngest member of the group took a phone snap to commemorate its arrival. I quickly leapt up and asked if I could do the same; I’d never seen naan bread on this scale. I was in Lala’s Restaurant in the heart of Bradford‘s ‘Curry Capital’ with a group of friends. Every year we go away somewhere in the north west for a weekend break, combining a bit of sight-seeing and culture, some eating and drinking and a lot of laughter. Lala’s serves superb authentic Kashmiri food amidst an elegant setting with attentive, friendly service. We indulged in a lot of tasty dishes including fish pakora, lamb rogan josh, achari chicken, karahi fish, biryani and jugs of ice-cold mango lassi. All around us, smartly dressed families enjoyed their Saturday out, all without a drop of alcohol and a great deal of lively chatter. 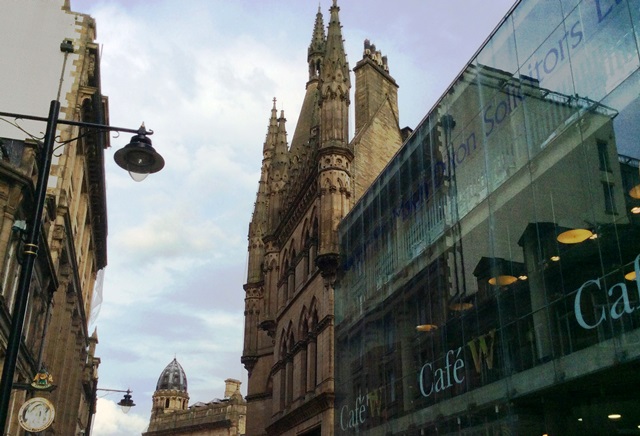 We’d arrived in the Yorkshire city of Bradford mid-morning after a scenic journey from Carnforth Station in Lancashire, via cloud-shrouded Ingleborough and Keighley. Having dropped off our bags at the newly refurbished Midland Hotel, we got a taxi for our first stop, Undercliffe Cemetery. 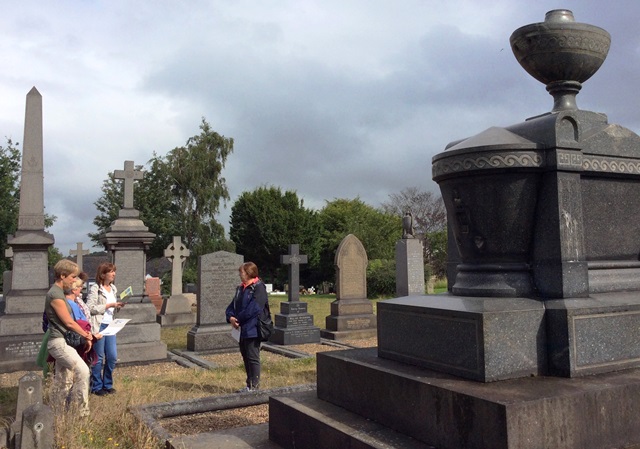 Chris, who has lived in the area for many years and had organised this trip, gave us a tour of its rather macabre delights. Spread across 25 acres, the Victorian great, the good and the probably-not-so-good-but-could-afford it, were buried here, vying with each other to erect the most impressive funerary monuments. Undercliffe contains over 23,000 graves and many are extremely ornate and some very poignant. The Illingworth Mausoleum is in the form of an Egyptian temple, guarded by two sphinxes, an exotic choice for one of Bradford’s leading politicians. 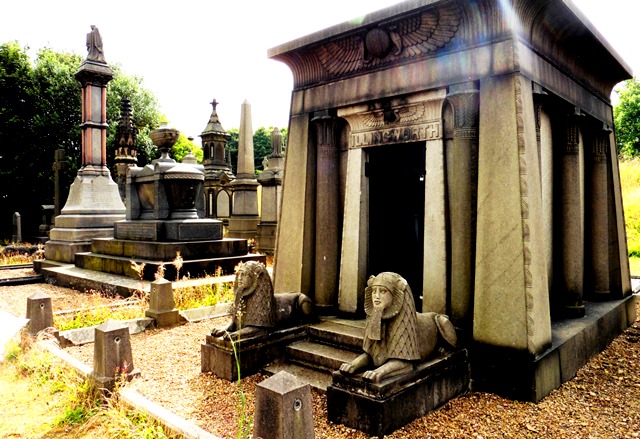 From the end of the main avenue, ‘lined with every variety of Victorian funery art from broken columns, obelisks and draped urns to Celtic and Roman crosses’ (Undercliffe Cemetery leaflet), there’s a great view down onto Bradford. Clearly those wealthy industrialists were more than happy to ‘lord it’ over their city even in death … Our favourite was a beautiful sculpture in memory of Miles Moulson, a monumental mason, carved in loving detail by John Thorp. 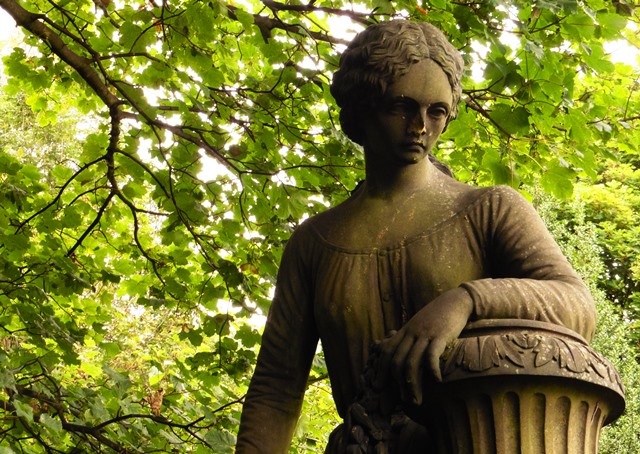 We had lunch at The Turls Green, one of the outdoor bars and restaurants that surround Centenary Square, heart of Bradford’s city, with a giant pool, City Park, spouting fountains around which children and adults splashed in the summer sunshine. The Italianate clock tower, inspired by the Palazzo Vecchio in Florence, chimed at regular intervals and a video of Bradford’s cultural highlights was projected on the wall of a modern building nearby. 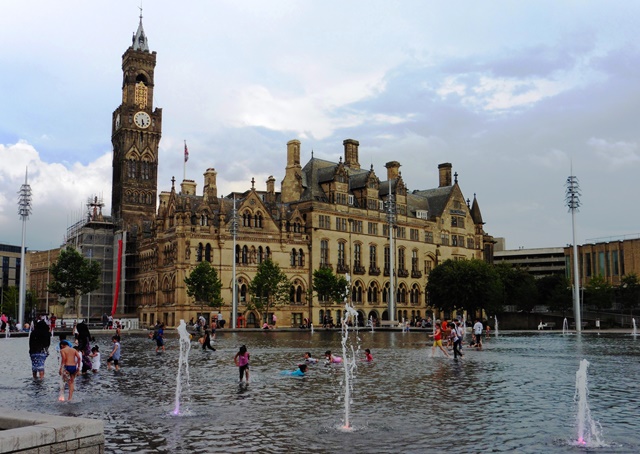 Having fueled up with chilli con carne, salad and some very weak cocktails (probably no bad thing at this time of day …), we hopped onto the free local bus for a quick whizz round the streets before getting off at the National Media Museum. Bradford is the world’s first UNESCO City of Film, recognising, ‘the city’s rich film heritage, diverse movie locations and its many celebrations of the moving image through the city’s annual film festivals’ (Discover Bradford leaflet). Appropriately, one of the very first cinema shows outside London took place on the site of the National Media Museum. 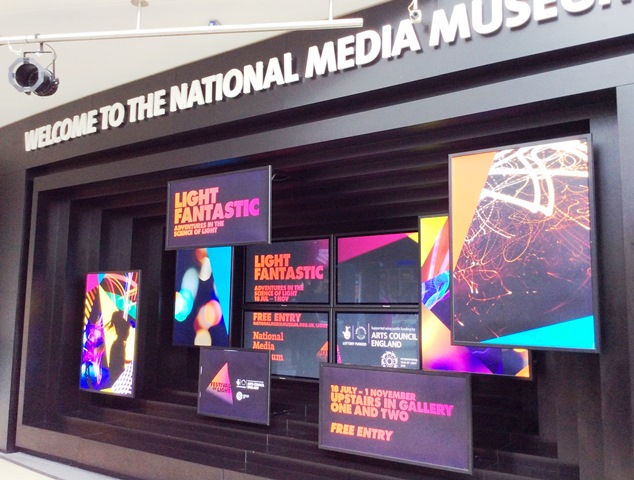 Part of the Science Museum Group, there is a huge amount to see and do in this attraction and children especially love it. It’s a winning combination of exhibitions and interactive displays covering all aspects of media including photography, film, TV, video games and animation. The photography exhibition is fascinating with cameras through the ages, the world’s first negative and some evocative images from the Kodak era. Kiddies giggled their way through the Magic Factory and we reminisced at the old TV ads. It’s got Yorkshire’s only IMAX cinema and a media-themed cafe. There are temporary displays; I loved the ‘Light Fantastic’ room with its kaleidoscopic neon strips creating a rainbow of light. 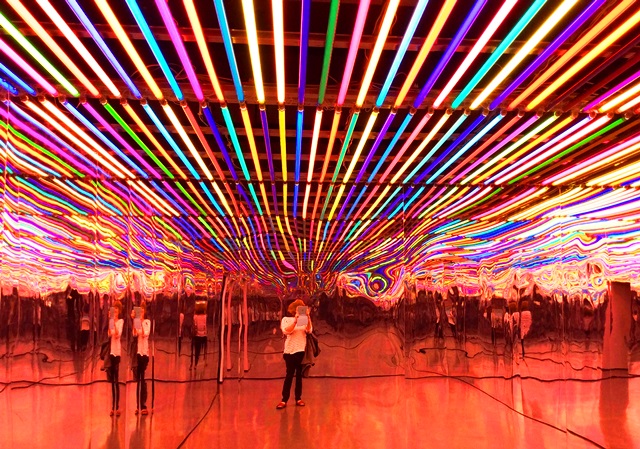 After a busy day travelling both literally and metaphorically through Bradford’s diverse history we returned to the Midland Hotel to get ready to go out for dinner. Its elegant interior reflects the industrial wealth that was generated by the cotton and wool barons of over a hundred years ago. Eating at Lala’s, it’s easy to see why Bradford has won ‘Curry Capital of Britain’ for three years running. Make sure you book a table when you visit Bradford – and order one of those enormous naans; symbol of this impressive city’s great big heart. 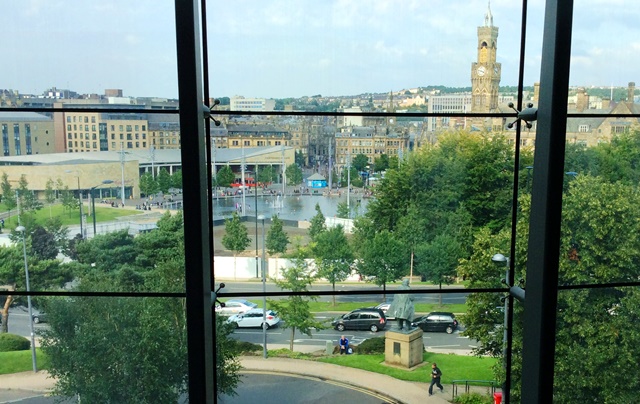 The next day we went to Saltaire, a UNESCO World Heritage village. Visit Salts Mill with the world’s biggest permanent collection of David Hockney artworks. 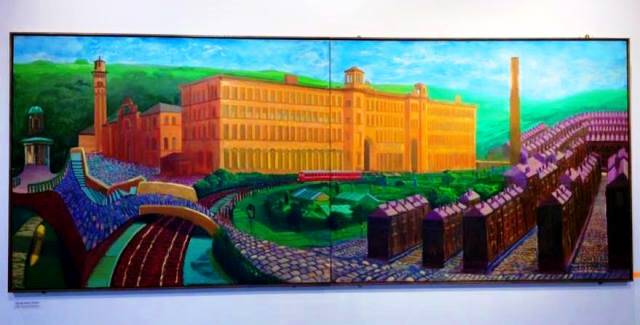 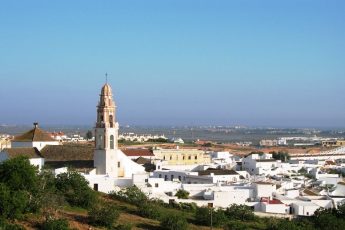 Ayamonte - A hidden gem in Andalucia

« Previous post
Stonehenge: the secrets of the Stone Circle at dawn
Next post »
Enjoy 24 hours in Vancouver, Canada