South America’s such a massive continent that many travellers panic when people ask them what they’ll be seeing. Should they spend all their time in Argentina, or Peru? Maybe Ecuador is their best bet? Brazil? Help!

We’ve scoured the internet and found the top ten most exciting, overwhelming sights in South America that you can’t miss. Even if you can only manage two or three, these are definitely experiences that should pop on your bucket list. 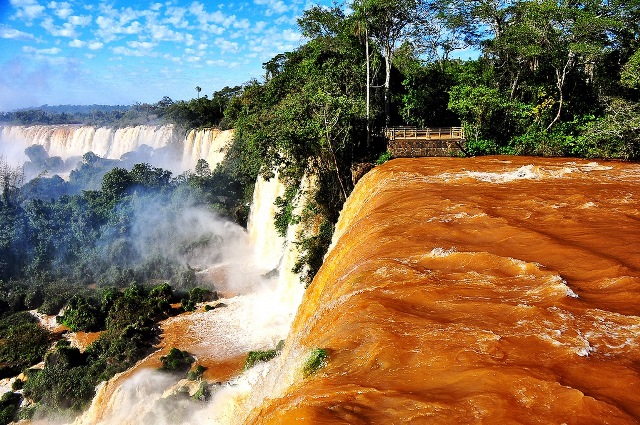 Pride comes before a fall, but the Iguazu Falls bucks the trend – you’ll be feeling rather haughty after you experience the 275 waterfalls that make up one of the biggest falls in the world. It’s so massive, it actually straddles three countries of South America; depending on where you visit, you’ll be in Argentina, Brazil or Paraguay.. 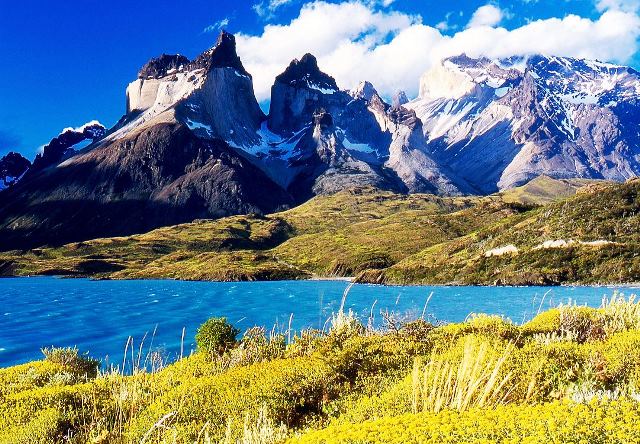 This is the place to experience the Andes in all their spectacular glory, but the much-loved Torres del Paine National Park in Chilean Patagonia isn’t a one-hit wonder. Don’t miss the azure lakes, hiking trails, fragile-looking bridges that cross churning rivers and and the showstopping blue glacier. The snow-capped mountains are especially lovely; however, watch out for the unpredictable weather. If you’re camping, bring decent wet weather clothes and footwear and a synthetic sleeping bag.

Want to make the most of Montevideo in Uruguay? Take in the sunset at the seafront, then, if you’re lacking protein, grab a steak sandwich with eggs and vegetables, and chow down. It’s called a chivito, and your arteries will suffer afterwards, but it’s really, really good. The weather here is normally fantastic, but watch out for sleet. 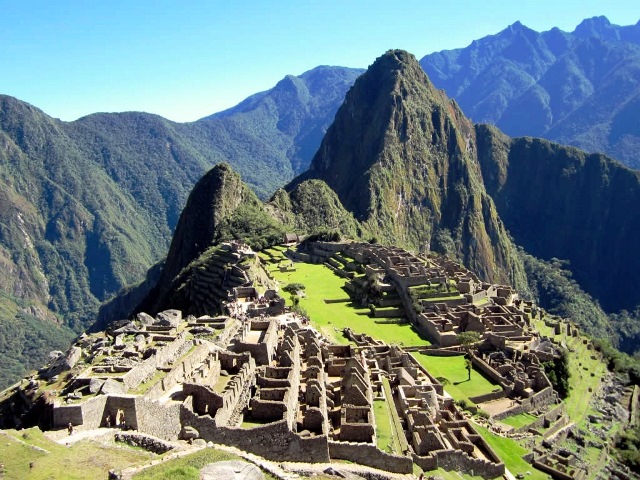 Machu Picchu is popular ‘tourist trap’ and is open all year, but never bank on a lack of rain or thin crowds – you’ll be disappointed. You can climb to the top of Machu Picchu, and many people do, but a head for heights is essential requirement, and if it’s a cloudy day, your view might be restricted. You’ll need a separate ticket to climb Huayna Picchu, and you need to book in advance; there are a limited number available. Don’t be put off by the expense and the time it takes to organise this trip; the view looking down on the Inca ruins is spectacular.

Built in an oasis in the middle of the desert, Huacachina, a relatively new city in Peru, will surprise and delight – even though it hasn’t been built exclusively for tourists in mind. Sporty types can sandboard and take dune buggy rides, and rumour has it that a mermaid still lives in the lagoon. Legend has it that a princess was apprehended bathing young hunter; she fled into the lagoon, and she’s still there now. That’ll be the longest bath ever, then … 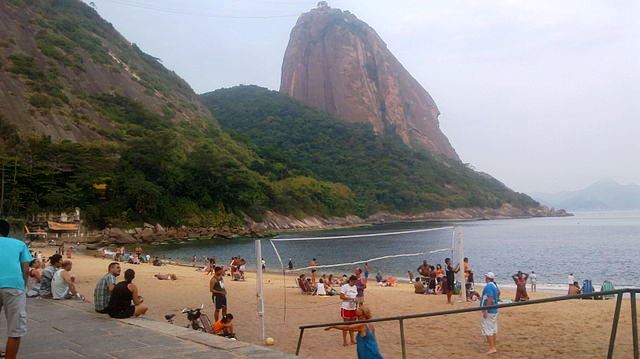 Don’t be fooled – Praia Vermelha (Red Beach) may be Copacabana’s lesser-known sibling, but it still has loads to offer. This is the place to visit to get a spectacular view of Sugar Loaf mountain (yes, this is where Bond and Jaws had a rather tense stand off in Moonraker) and maybe take the cable car up the mountain – they run every 30 minutes throughout the day. Visitors are undecided about the beach – many say it’s welcoming and clean, and others choose not to bathe there – but it’s definitely a place to watch the sunset with your friends or a partner and a few cold beers.

7. The River of Five Colours, Colombia 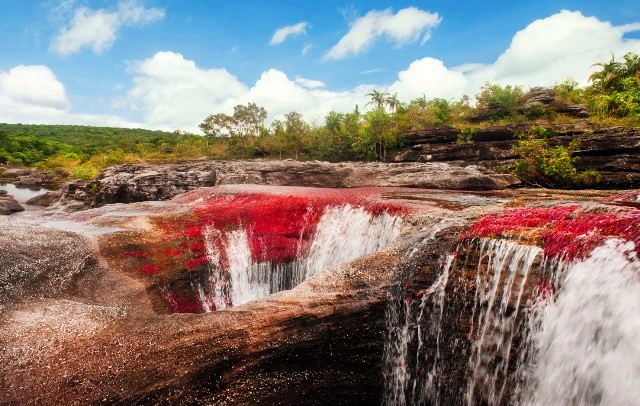 Not named after a McFly song, although we see where you’re going with that, this very special river in Columbia is also known as Caño Cristales. From July through to November, the river bed turns many glorious shades of red due to the riverweed Macarenia clavigera flourishing. The River of Five Colours appear anywhere from magenta to a bright red, and its brilliance causes the colours that appear alongside it to â€˜pop’. 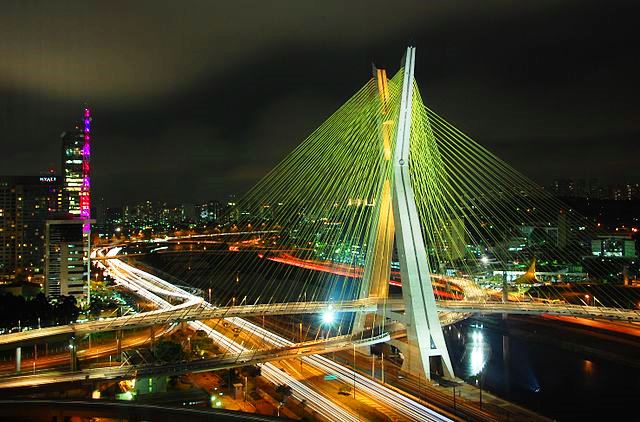 If you are a bridge enthusiast, take note – the Octavio Frias de Oliveira Bridge really is worth a visit. This is the only bridge in the world which has two curved tracks supported by a single concrete mast. Renowned for its beauty, the bridge is loved worldwide – however, take care if you’re visiting on food, as it doesn’t have a pavement. Sadly, it’s also a magnet for thieves; in recent years, they’ve targeted the wire, and the lights. If you visit at the end of December, you’re in for a treat – lights are strung along the cables, and the bridge resembles a giant Christmas tree.

The capital of Paraguay, Asuncion is beautiful without being showy; original colonial and beaux arts buildings sit easily alongside the international cuisine on offer, the shady plazas and the friendly people (they’re really good with tourists.) Most of the city can be explored by foot – the glam shopping malls and trendy nightclubs are a great place to people-watch. If you’re asthmatic, steer clear of the city centre when it’s busy; there are lots of fumes from all the traffic. 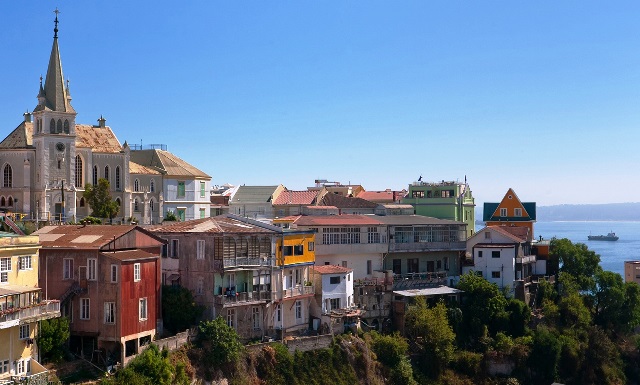 This isn’t the most popular city in Chile; that accolade belongs to Santiago, which is about two hours from Valparaiso. This stunning South American port city is a great place to spend a few days relaxing; pretty, well-kept homes line the hillside and there are plenty of boutique hotels and lush restaurants to enjoy. However, don’t be fooled – the city has an edge. Poets, painters and would-be philosophers have always been attracted to this unusual city, and they mix well with the sailors, dockworkers and prostitutes which frequent the port. This is the city where anything goes, so be spontaneous, and make the most of the devil-may-care atmosphere.

This article was written by Vicky Anscombe for Columbus Direct.

PS I have to add one more to Vicky’s excellent list of places to see in South America and that’s the Galapagos Islands. It’s taken top position as my favourite place in the world 🙂  ZD 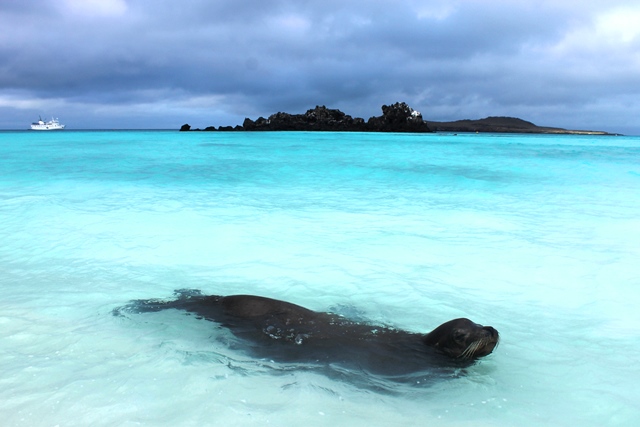 7 top holiday places - with a difference 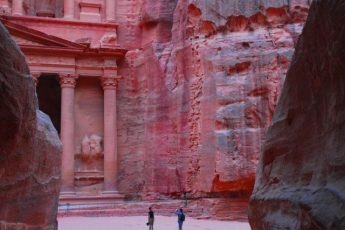