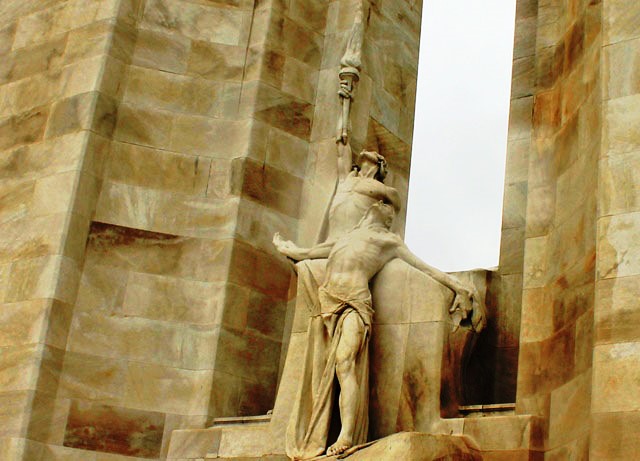 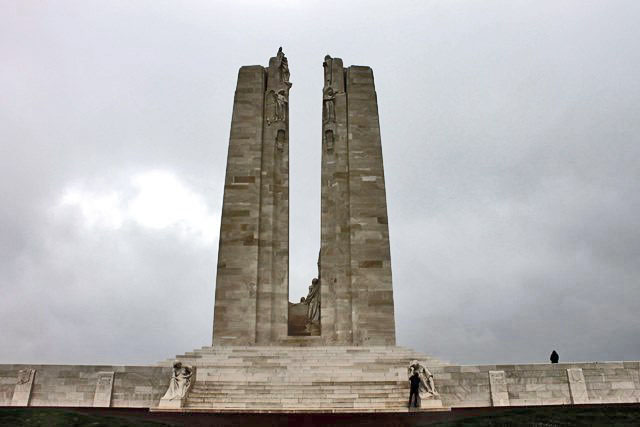 Rain drifts gently down from a milky grey sky. There’s not a breath of wind and the sound of footsteps is all that can be heard. Ahead loom two huge pillars thrusting upwards through the drizzle. a standing figure gradually comes into focus between the pillars, resting like Samson against the wet marble, one arm holding a torch high in the air. Another figure lies spread-eagled across what could be an alter. The weather seems appropriate to view this sombre reminder of the many Canadian soldiers who fought so valiantly at the battle of Vimy Ridge in WW1. To the left of the steps a semi-naked figure reclines, gazing down on a piece of cloth draped across her lap. She mourns the deaths that took the sons of her nation. 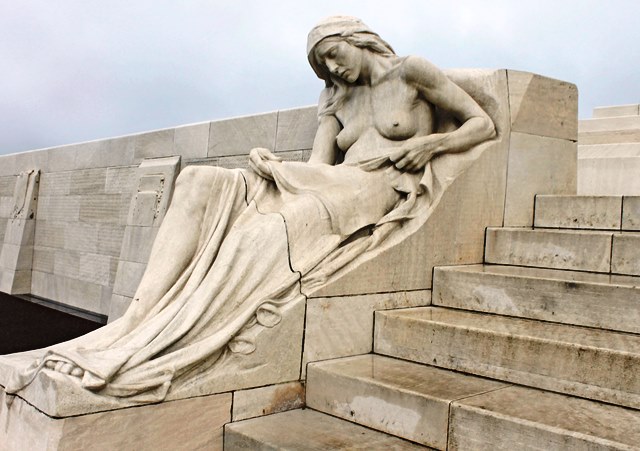 To the right of the steps lies a male mourner, head in one hand, his other hand gripping his knee in agony. As I gaze at his agonized face the sorrow and pointlessness of war drills home in painful simplicity. I’m coming to the end of a visit to some of the many war memorials in northern France, following first in the footsteps of WW1 poet Wilfred Owen but the sheer size of this monument and the poignant beauty of the many sculptures around it, create an almost unbearable feeling of sadness and futility. 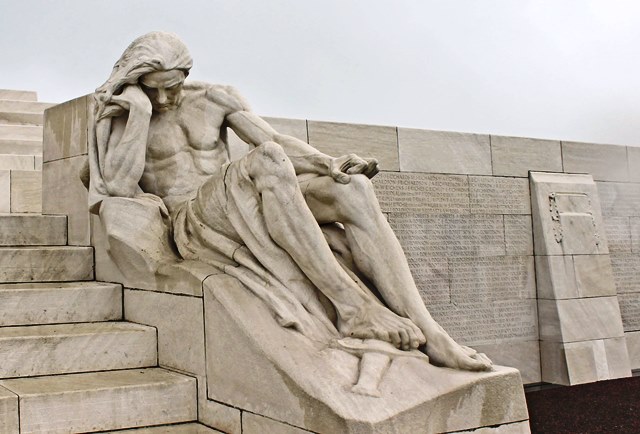 The Canadian National Vimy Memorial overlooks the Douai Plain from the highest point of Vimy Ridge, in northern France. Not far from Arras, the Vimy Memorial is Canada’s largest overseas National Memorial. It commemorates more than 11,000 men of the Canadian Expeditionary Force killed during the First World War in France and who have no known grave. Many of them died in the Battle of Vimy Ridge. which took place between the 9th and 12th of April, 1917. This battle resulted in the retreat of the German army which had occupied this strategic point since October 1914. At the rear of the memorial stands Canada Bereft, a draped figure gazing out across Vimy Ridge, today a tranquil place of pilgrimage. 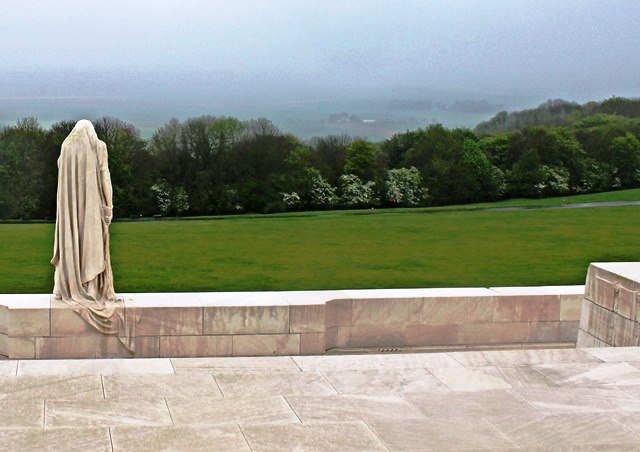 The memorial was designed by Walter Seymour Allward and the project took eleven years to complete. It’s built from Seget Limestone, which came from an ancient Roman quarry, near Sarajevo (modern-day Croatia) where, in 1914, the assassination of Austrian Archduke Franz Ferdinand and his wife triggered the First World War. King Edward VIII unveiled it on 26 July 1936 in the presence of French President Albert Lebrun and over 50,000 people, including 6,200 attendees from Canada. 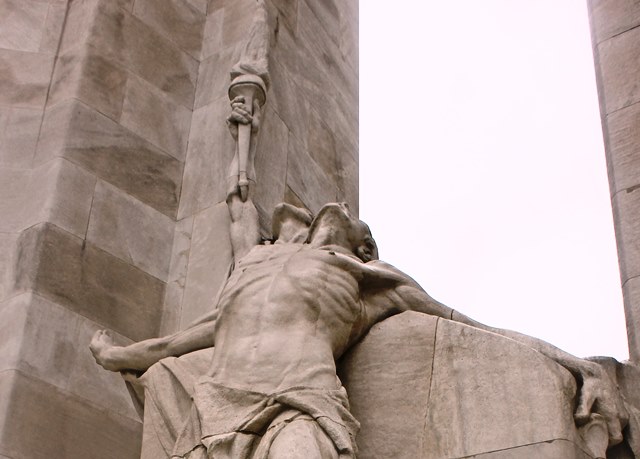 The rain stops as I look up at the two men whose gaze is turned towards the brightening sky and a shaft of weak sunlight pours down onto the outstretched arms in a blessing of peace. For now this memorial truly is a monument to peace and the bravery of many men and women who died in the pursuit of freedom … 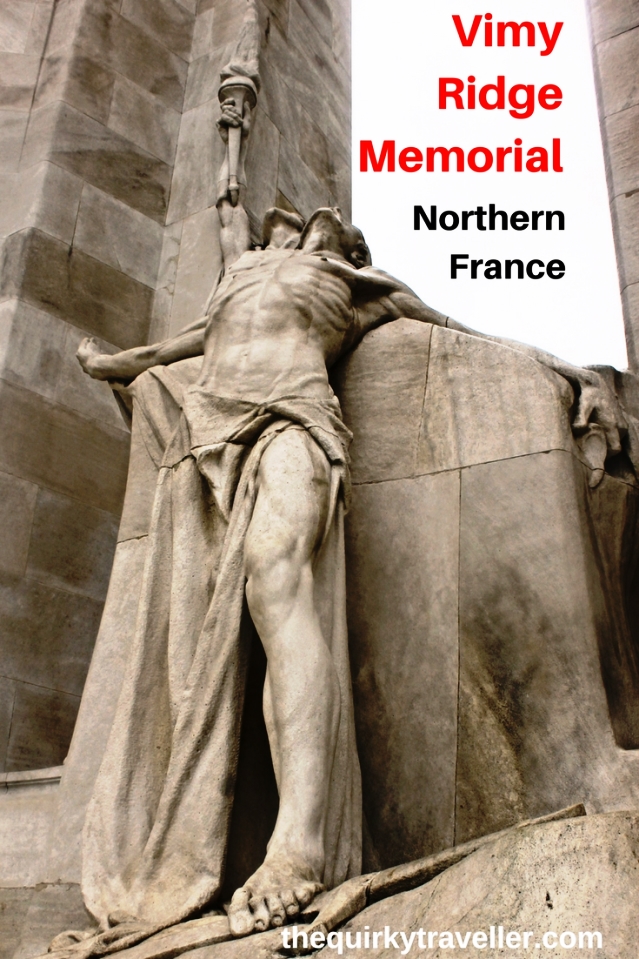 Tenerife: family fun in the sun