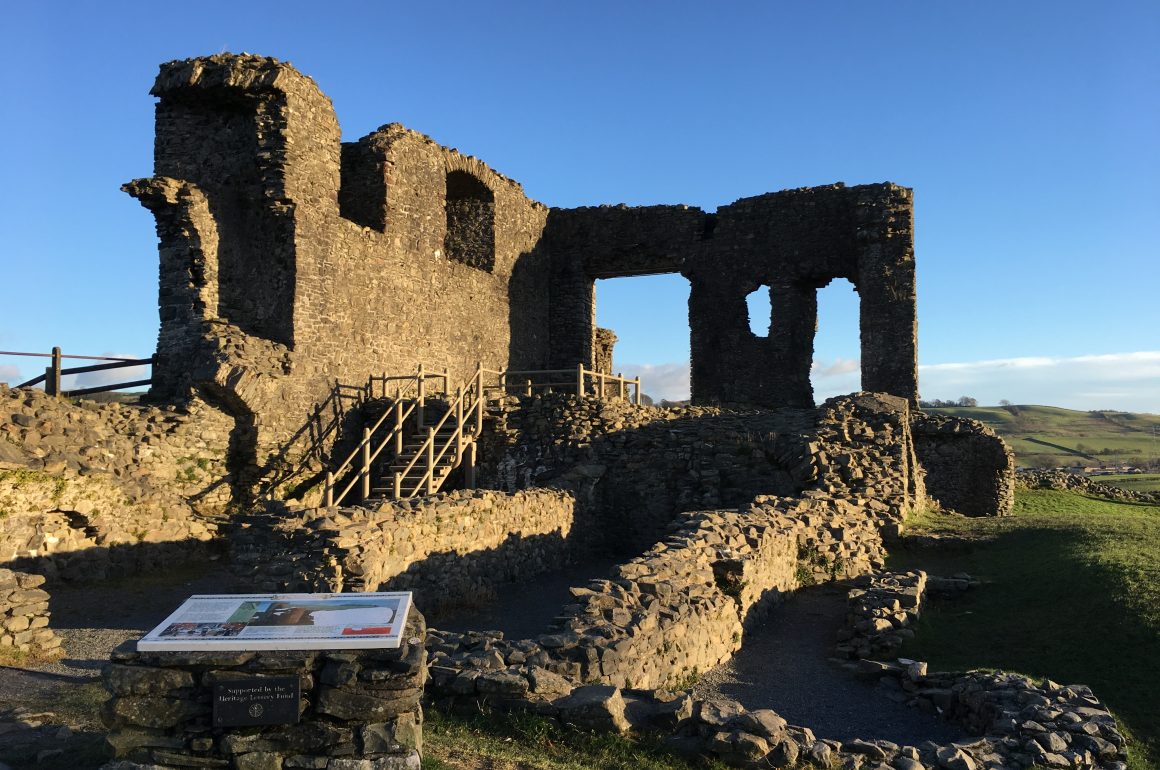 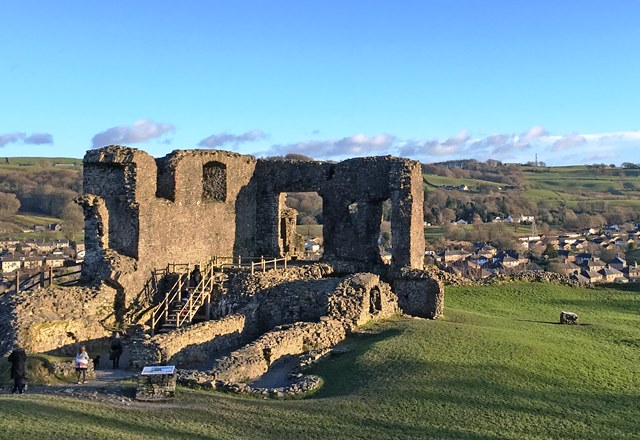 The kite’s red wings rattled noisily as it soared higher and higher over Kendal Castle into the clear blue sky, its string held firmly by a guy in a big puffa jacket. “Can I hold it, Dad? Please, can I?” begged the young girl beside him. “OK, but you must wrap it round your hand REALLY tight.” An anxious few moments as he transferred the string in a complicated manoeuvre to her small fist. She squealed with delight as she felt the kite’s impatient tug as it swooped and flipped in the chilly breeze, silhouetted against the afternoon sun. 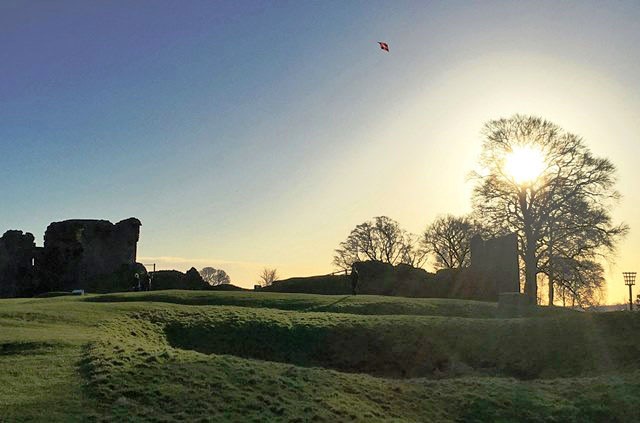 It was New Year’s Day and perfect weather for a walk to blow away last year’s cobwebs and overindulgence from the night before. Having just had lunch with my aunt and uncle, who live in the town, I’d come up to Kendal Castle for some fresh air. 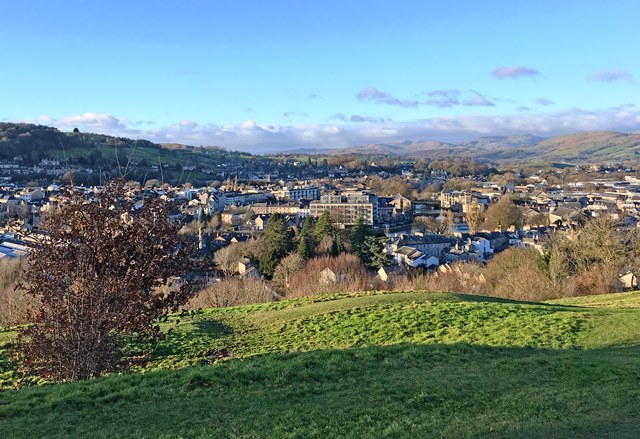 Kendal town spreads out towards the Lake District fells (hills), the River Kent flowing gently towards the coast. Hard to believe that a year ago it burst its banks in one of the worst storms we’ve had for years, flooding houses and businesses, causing huge damage and many to be homeless for far too long. I wandered over to the ruins of the medieval Manor Hall; children were scrambling over the walls and chasing each other around the lower vaults. 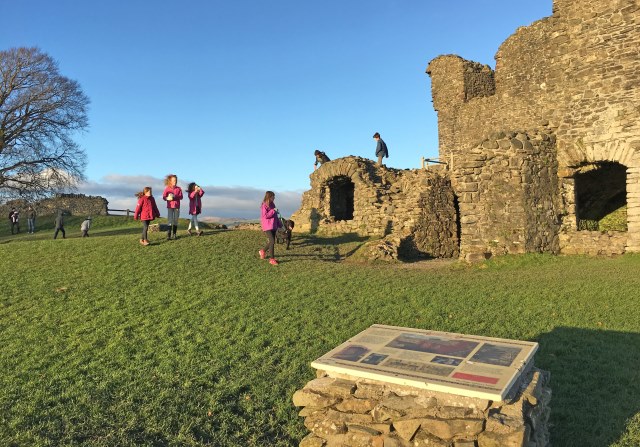 Kendal Castle was probably built in the late 12th century as a fortified home for the Barons of Kendal. It was sold to the Parr family a few hundred years later. Henry VIII’s sixth wife, Catherine Parr was once thought to have been born here, but as the castle was already in disrepair in the 1500s that’s not likely. The Manor Hall and the North West Tower (originally called the Troutbeck Tower) plus a couple of underground cellars and walls the courtyard and moat. are all that’s left now. Throughout the site there are information boards telling the history of the castle and illustrating what it might have looked like when it was the inhabited.

The wind was cold but the sunshine brightened up the day. New Year’s a time for reflection, looking back as well as forward. I thought of all the amazing places I’d been lucky enough to visit over the past 12 months. Highlights included having a female gorilla in Rwanda walk over my feet, clambering across the Giant’s Causeway in Northern Ireland, feeding flamingos on Aruba in the Caribbean, driving through the Rockies on a Canadian road trip and finding the quirky quokka in Western Australia. However, I always love coming back home and on the first day of a new year, this is exactly where I wanted to be … 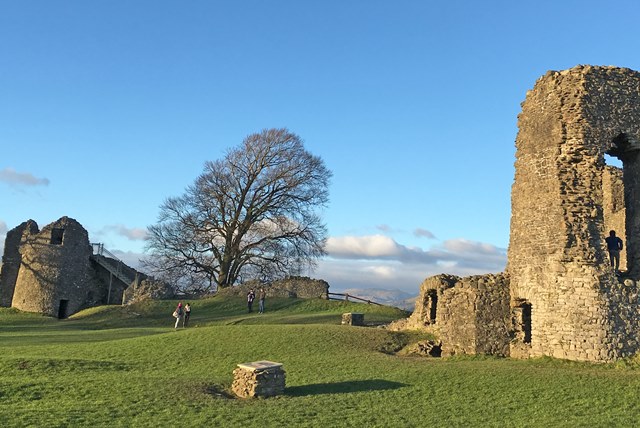 Sitting on a wall beside the tower were two young girls, oblivious to everything but their conversation. I thought of all the dramatic changes in the past year, the famous people, part of the fabric of our growing up, who’d died, and the major shifts in world power. The future is always unclear, but this new year brings greater uncertainly than for many a long time. The future is in the hands of these youngsters; we owe it to them not to mess up the present … 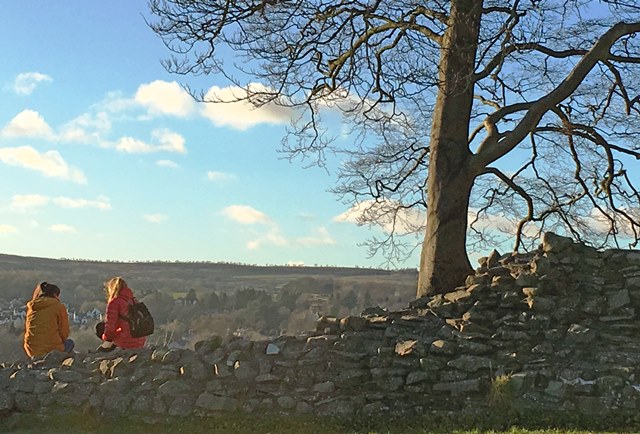 As I wandered back down the hill, a woman in an electric wheelchair zoomed past, her scarf rippling out behind her. She waved and said, “Gorgeous day isn’t it! Makes you happy to be alive.” It was and it did …

For lots more really useful information on arts and culture, heritage, shopping, activities and much more, check out Visit Kendal. 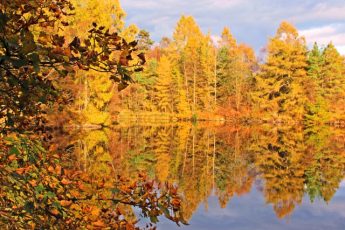 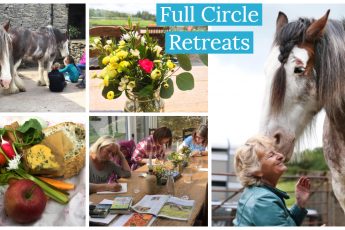 Full Circle Retreats: Meditate with Horses and Creative Writing in the Lake District

« Previous post
Top food and drink in Fremantle, Western Australia
Next post »
5 Christmas Decorations from around the world