Visit quirky ‘Window of the World’ in Shenzhen, China

It's not every day that you can see the Eiffel Tower, pyramids of Giza and Great Wall of China before lunch. That is, unless you know where to go … 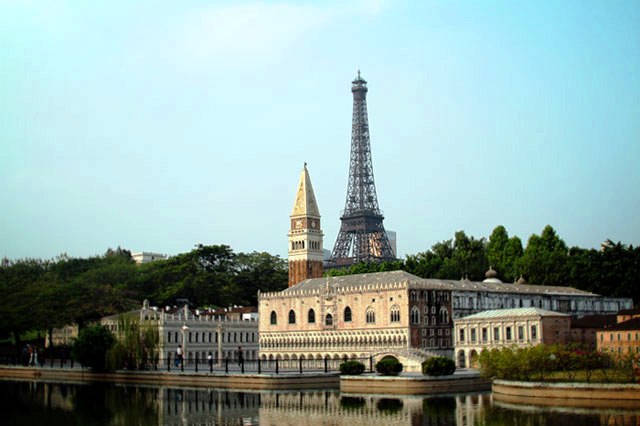 In the bustling metropolis of Shenzhen, China is found a kitschy, (not so) little attraction known as ‘Window of the World’. This local tourist hotspot has recreated all of the great monuments of the world, except those of China, which are housed down the road at its very own theme park aptly named ‘Splendid China‘.  Travelling the world in one day may sound daunting but it does have its benefits. Think of all the money you just saved by not having to actually go anywhere!  At least that's what I assume the developers were thinking of when they first built this theme park featuring 130 of the world's greatest sights in Shenzhen's affluent OCT neighbourhood.

Before you even enter the park you can lean up against Pei's glass pyramid, usually to be seen outside the Louvre in Paris. Catch a glimpse of the 354-foot reproduction of the Eiffel Tower in the distance while you buy your tickets. Only the palm trees and oppressive heat will remind you that you didn't just travel to France. As you enter through the gates you will be greeted by a number of ancient Roman columns; a few steps later and you will be  trying not to squash the temples of Thailand and castles of Japan. 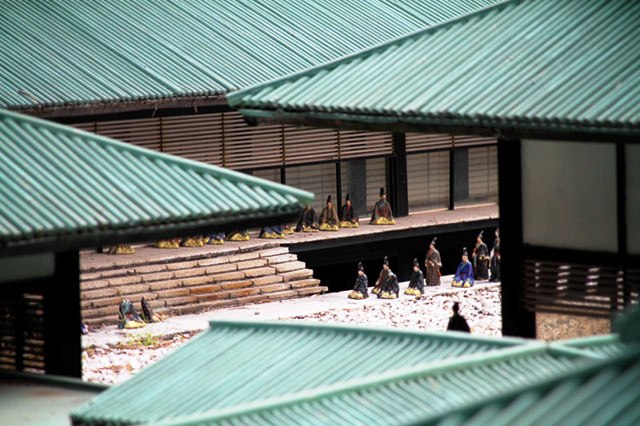 A tiny emperor and his court sit helplessly in the imperial palace as you, the giant, saunter by. It's true that you should not actually step on the scaled down model, but it sure is fun to think about re-enacting a scene from Godzilla.

The streets of Venice beckon you to duck through the narrow archways of the Doge’s Palace and explore Piazza San Marco. Try not to trip over the bridge spanning the Grand Canal. Grab a souvenir photo in traditional Thai costumes before ending your journey with the Roman Coliseum, unless of course you want to make a full day of it. 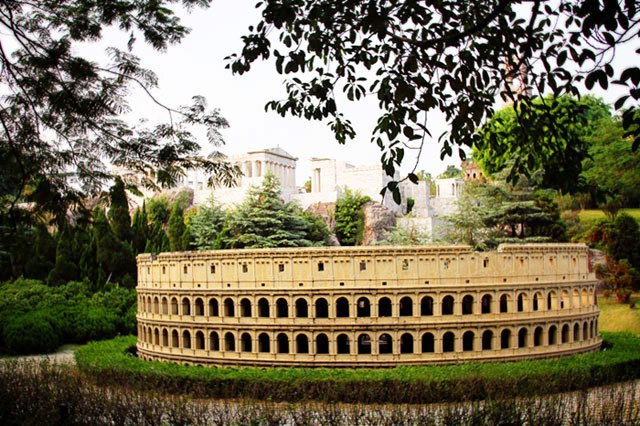 There are still the great continent of Africa and the Americas to explore. Who doesn’t want to see the Ivory Gate of Kenya at the same time as Disneyland, Mount Rushmore and the statues of Easter Island in Chile?  Go knock on the door of the Taj Mahal and hike through the jungles of India during your visit. Don't forget to stop by Australia's Uluru. It's a lot harder to climb up than you might think.  And then there are those iconic pyramids to check out before you go. 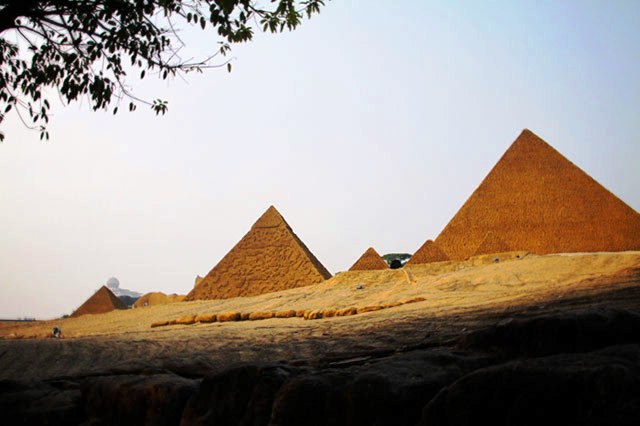 You may not get to see all of the wonders the world has to offer in your lifetime, but at least now you know you can visit quite a few of them in a day thanks to the ‘Window of the World’.

Keryn Means is the founder of Walkingon Travels, a site that gives hope to today's modern parent who doesn’t want to stop their lives; they simply bring their kids along for the ride. You can find Keryn dragging her 2 boys around Seattle most days and across the globe several times a year. Follow along on their adventures at @walkingontravel Twitter and on Facebook. 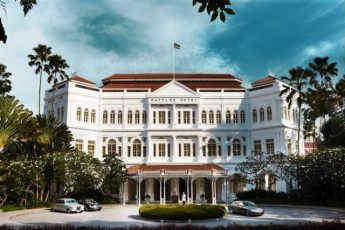 « Previous post
Eric Morecambe lives on in the Lancashire seaside town he loved
Next post »
Challenge Zoe: The Zen of Sailing on Windermere