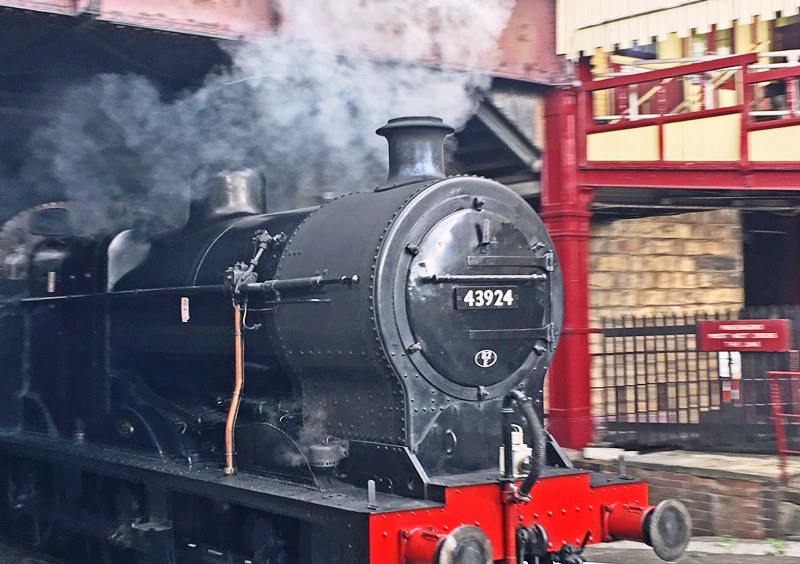 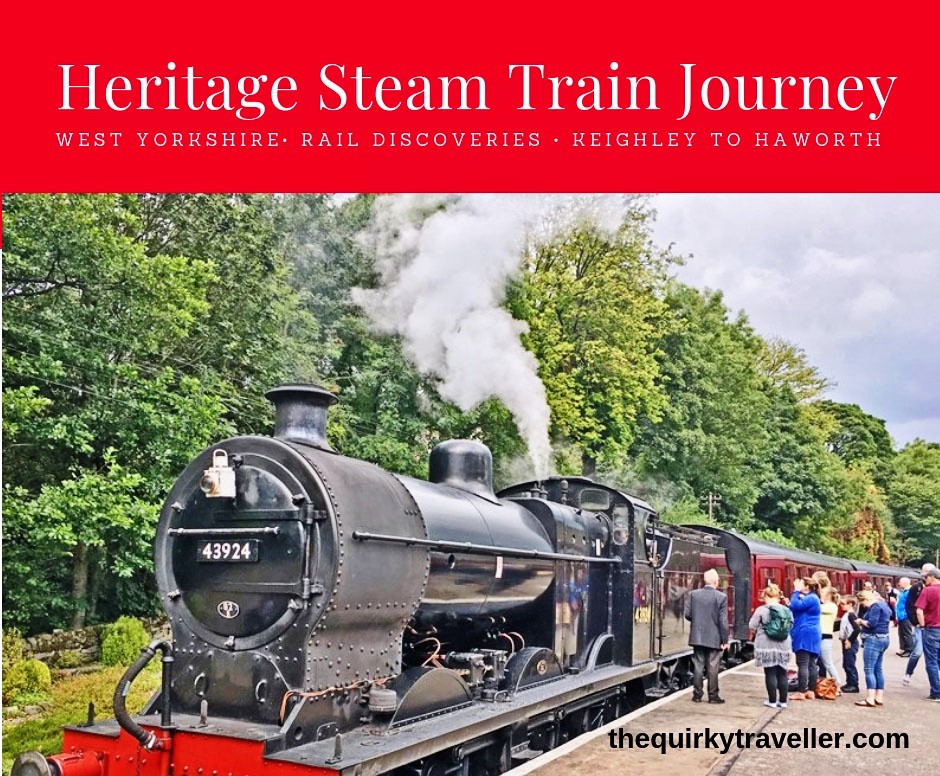 “Daddy, it’s alive, it’s breathing smoke!” The little boy shrieked with delight as the huge black engine chuffed under the bridge into the station. There was something supremely elemental about it as the steam hissed noisily, fire roared and smuts flicked over the admiring passengers. I was on the Keighley and Worth Valley Railway about to discover a little of West Yorkshire by rail

The heritage railway was opened in 1867, funded mostly by local wealthy mill owners who wanted to transport their textiles and also coal. It was closed in the early 1960s but soon reopened on a smaller scale in 1969. Run by volunteers, it’s now one of the county’s top visitor attractions. It’s also included in the itinerary for Rail Discoveries – Yorkshire by Steam Tour, which I was sampling for a few days. Keighley station has been beautifully restored and excitement was in the air as we waited to board our train. We were off to Haworth, only 5 miles away, yet easily a whole day’s adventure travelling through the Worth Valley. 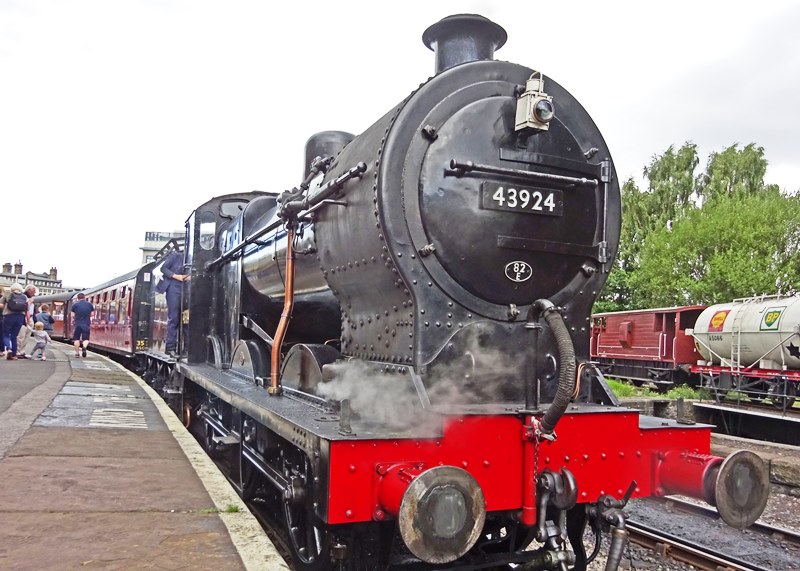 The train coaches gleamed maroon and cream in pale summer sunshine as we found our seats and settled in for the ride. Our guide, David Petyt, a Director of Keithley and Worth Valley Railway Society, gave us some more of the railway’s history and how it runs today. “The sale of the Worth Valley branch in 1967 was the first privatisation of any part of British Railways. KWVR has been owned, operated and managed entirely by qualified volunteer members of the Preservation Society ever since. Most of our passengers travel on it for its own sake, though about a third, use it as a means of transport to reach Haworth, or to go walking on the moors.”  We racketed merrily through pretty countryside in this part Yorkshire. Our first stop was Ingrow West; David worked on the station garden here. It’s also home to the award-winning Rail Story Museum and Carriage Works, which we visited on our return journey. 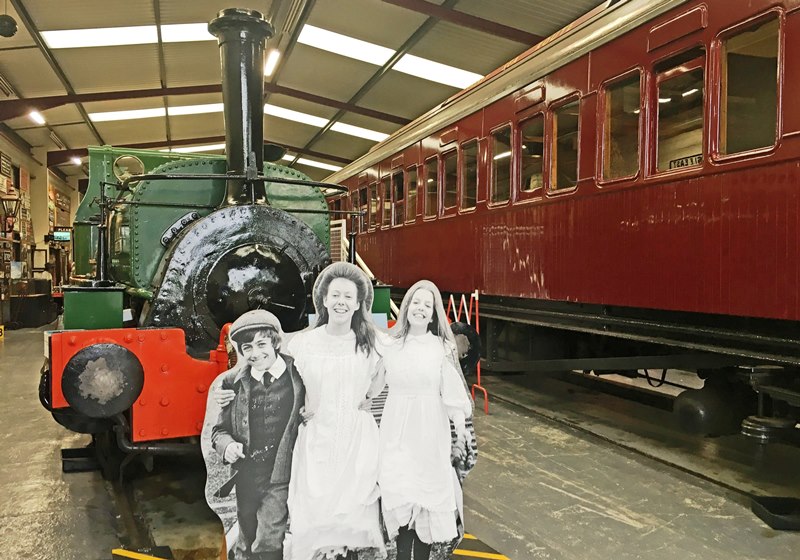 Damens Station, a request stop, is apparently the smallest station in the country. It was built to serve a nearby mill and featured in the TV series Born and Bred. Oakworth Station is probably the most famous as it played a starring role one of the much-loved British film, ‘The Railway Children‘. Next stop was Haworth, where we disembarked and a few of us were shown round the Locomotive Sheds by David Pearson, another long-serving member of KWVR who also appeared in The Railway Children. A huge amount of engineering and repair work goes on here, costing hundreds of thousands of pounds every year. 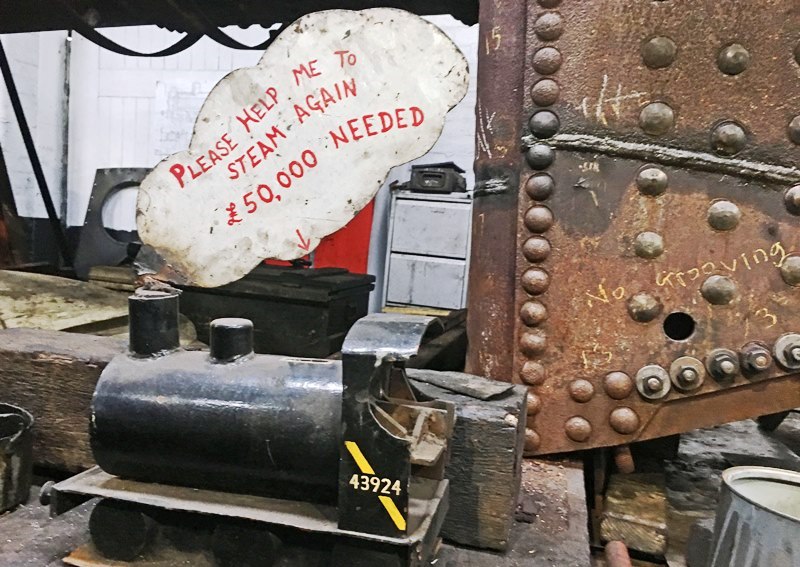 Every 10 years steam engines have to be taken out of service and fully serviced, which can last up to two years. KVWR has 15 engines and over 60 coaches, all of which need loving (and expensive) care.) Before we set off to walk up to Haworth village, the two Davids posed for a photo in front of one of their most popular engines, ‘Coal Tank 1054’, a veteran of over 125 years’ service. 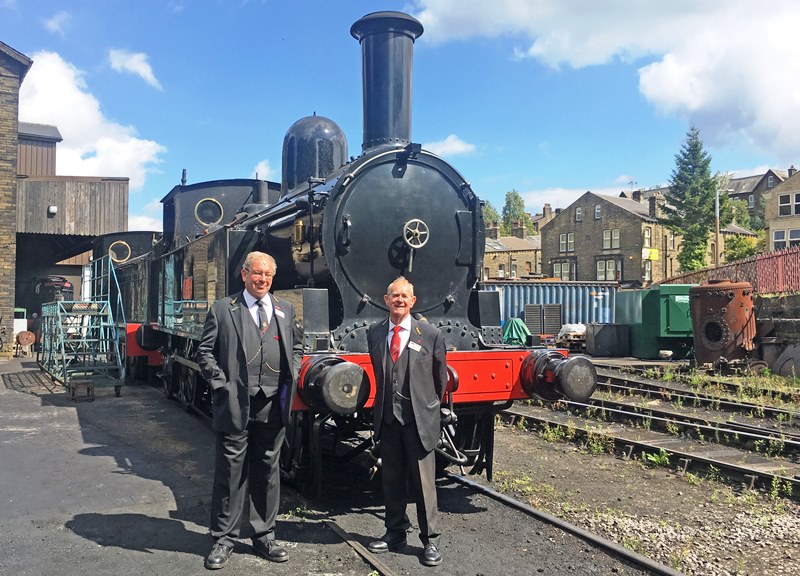 Haworth and the Bronte Parsonage

Haworth is renowned as the birthplace of the Brontë sisters and a visit is included in Rail Discoveries – Yorkshire by Steam Tour. The quaint village is built along a steepish hill leading up to the church and Brontë Parsonage Museum. 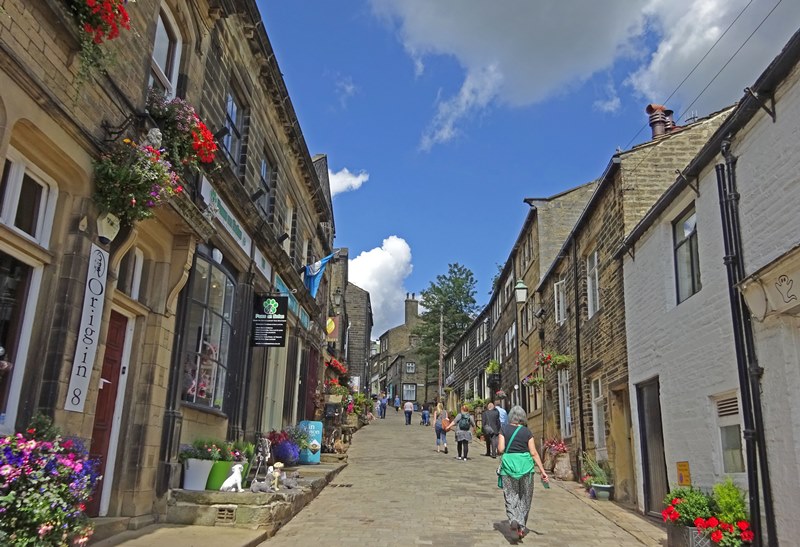 It was here, amid wonderfully dramatic landscape, that the Brontës were inspired to write novels such as Wuthering Heights and Jane Eyre. The Parsonage looks much as it might have done when the family lived here, with many artefacts and impressive displays celebrating their work. 2018 is 200 years since Emily’s birth and on loan from the National Gallery was the original of Branwell’s famous painting of three of the sisters. Making Thunder Roar Exhibition celebrated her all-too-short life. 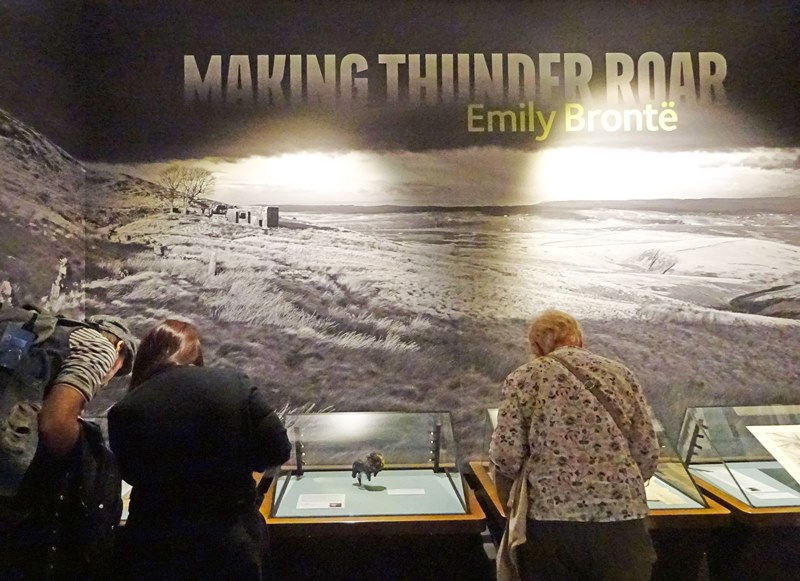 After lunch it was time to get a local bus across the wild and windy moor to Oxenhope Station where we had a quick look round the Exhibition Shed before catching our return train. 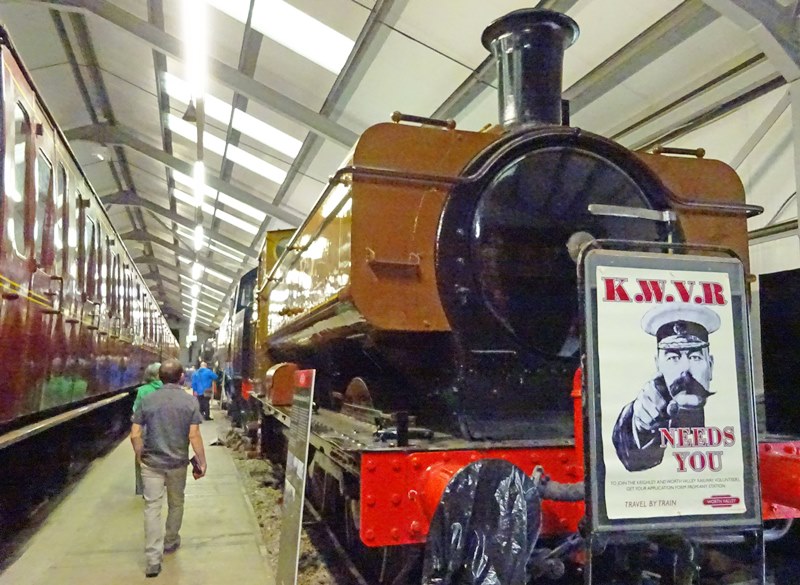 The final stop on our day out exploring West Yorkshire by rail was at Ingrow West where we were shown the Carriage Works. It was fascinating to see close-up how the coaches and engines are restored and repaired by highly-skilled team of employees and volunteers. Some of the carriages have models inside to show how they would have looked in days gone by. The walls are decorated with old railway signs and memorabilia from the heyday of steam travel. 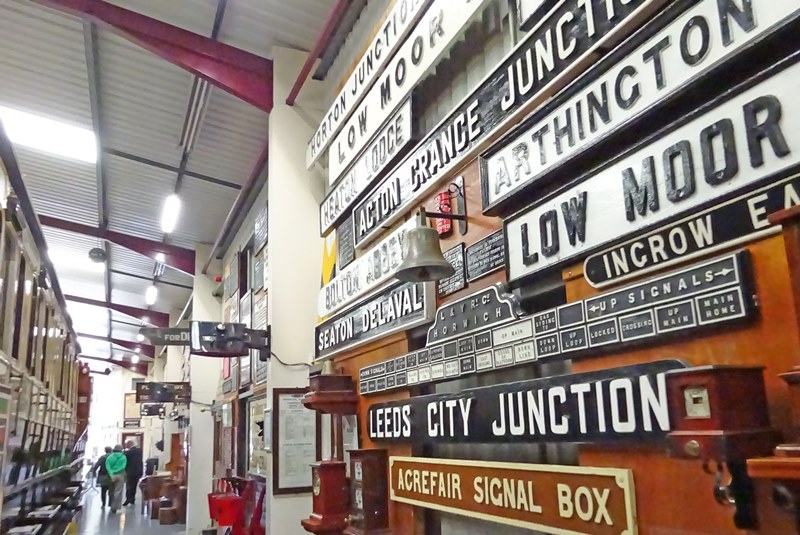 I just had time to nip into the excellent Rail Story Museum nearby before we were whisked off by coach to Harrogate, where we were staying at the elegant Cedar Court Hotel. It had been a really interesting day out; I’m a fan of steam trains, enjoy discovering more about our heritage and love literary connections so it ticked a lot of boxes. I got to stand in the steam engine cabin beside train driver Julian and feel the heat from the roaring fire being stoked beside us. Yes, it most definitely is alive… 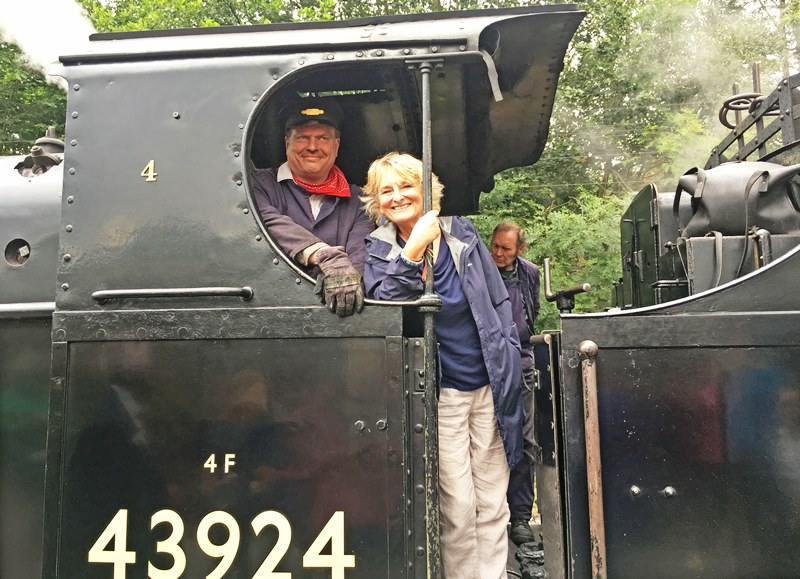 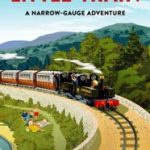 From stalwart little locomotives of topographic necessity, to the maverick engines of one man’s whimsy, Britain’s narrow-gauge steam trains run on tracks a world apart from its regimented mainlines. Read my review of Small Island by Little Train – a Narrow-Gauge Adventure by Chris Arnot and discover some of their stories.

All aboard the Snowdon Mountain Railway 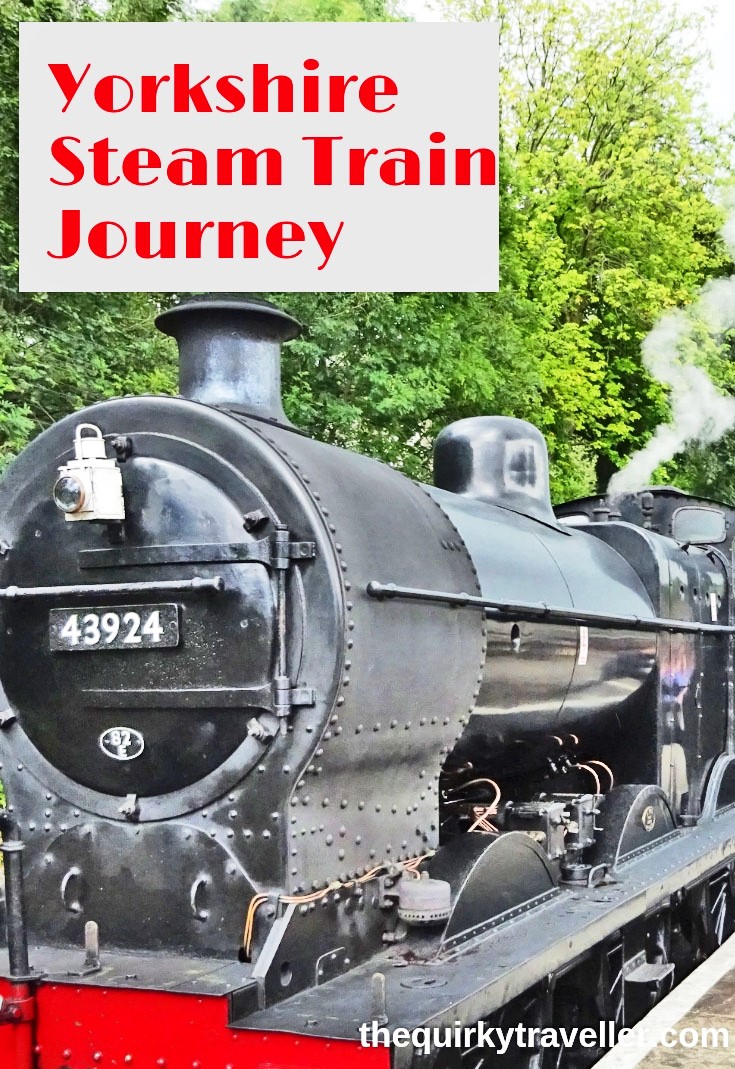 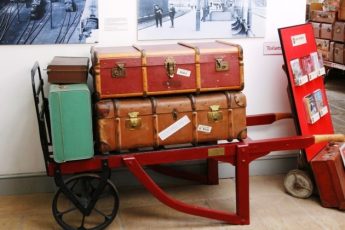 Around Morecambe Bay: Carnforth to Sandside via Silverdale and Arnside #followpye