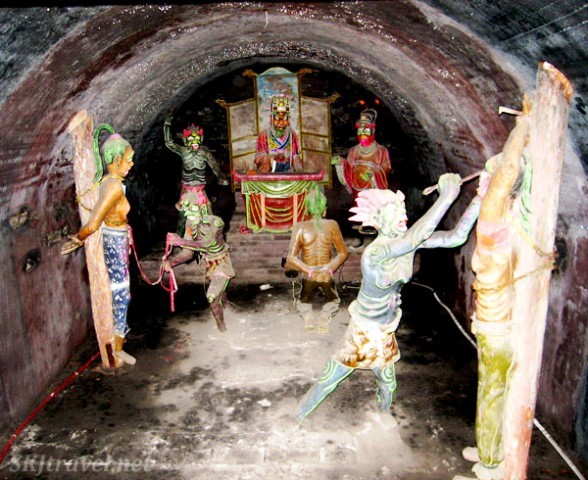 In her second contribution, this month’s World Travel Blogger is Shara Johnson. She lives in Nederland, USA and travels all over the world. Here she describes a VERY quirky Chinese temple in the heart of this fascinating country.

Inside China, the primary religious groups of Buddhism, Taoism and Confucianism each typically have their own sacred spaces and temples. But in Gao Miao Temple in Zhongwei, Ningxia Province, China, elements from all of these religions, plus the relatively rare Christianity, are fused into one very unique complex. 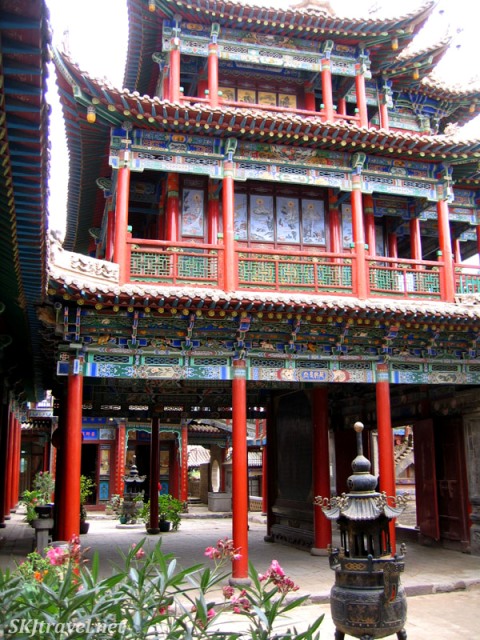 Originally built in the Ming Dynasty, perhaps the most frenzied period of construction in China’s history, Gao Miao Temple is a charming maze of temple rooms and courtyards, beautifully painted doors and entryways, and elaborate rooflines overhead. The outer architecture is the iconic Buddhist architecture found throughout China, but inside the individual temples, the painted imagery and statues represent, to different degrees, the religious beliefs and practices of the four different religions. 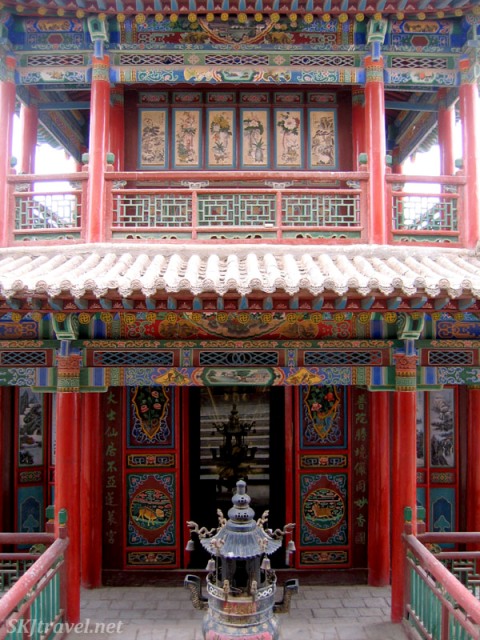 The most bizarre and quirky feature of the Gao Miao temple complex is the tour you can take through Hell. Displayed inside a dank labyrinth of underground caverns, once used as a bomb shelter during the Cultural Revolution era, you can visit numerous animated scenes, like a Disneyworld ride gone monstrously wrong – instead of the animatronics recreating daily-life scenes in a particular culture or time period, or fictional story setting, these animated scenes depict daily life in the deepest pits of Hell. Though it’s worth visiting purely for the sake of touring something so bizarre, it should really come with the TV-style warning: Some content may be disturbing to some viewers; viewer discretion is advised. 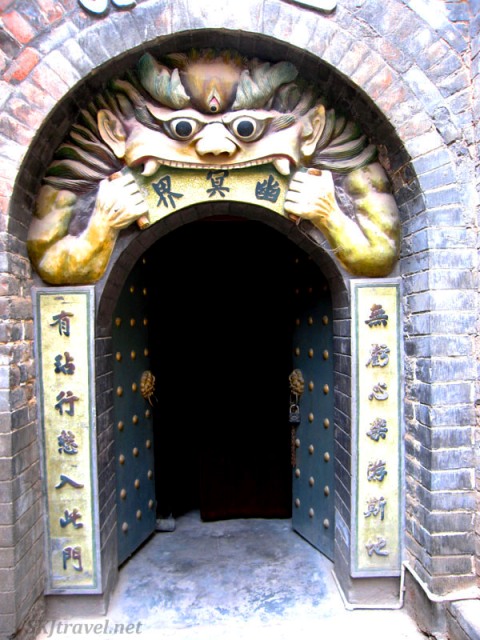 A completely terrifying soundtrack blares throughout the tunnel system, the screams and wails of the heinously tortured souls echoing down the corridors. Each room is motion-activated to light up the day-glow sinners as you walk by and spring them to life, where they can begin screaming as they undergo a shocking variety of pains. If you get stuck in the pitch-black darkness between rooms with the soundtrack still running, it is scary as â€¦ well, scary as hell. 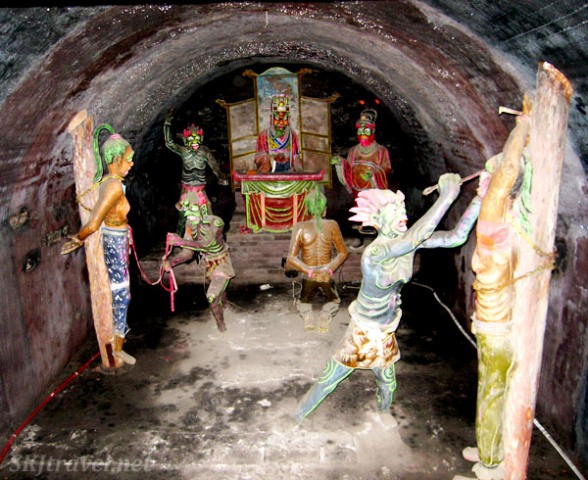 And then you emerge back into daylight, into the tranquility of quiet courtyards delicately veiled in incense smoke; robed monks strolling the grounds or snoring quietly on a stool in the corner, an open book resting on their belly; butter lamps burning with golden flames and gracious goddesses blessing you, welcoming you back from your terrifying journey through the Underworld. 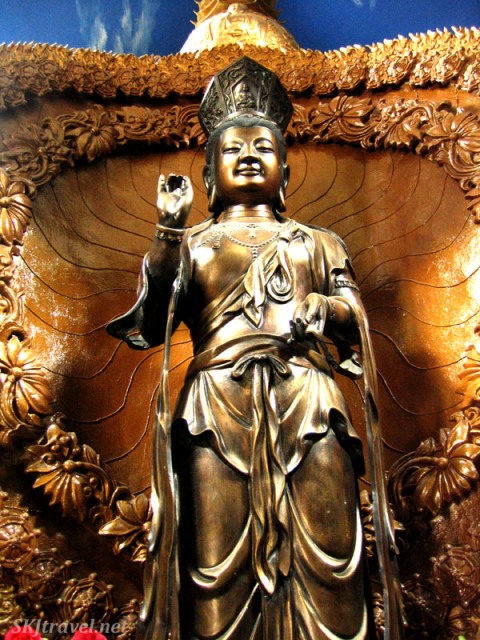 Shara Johnson plots her travels from her home in the small RockyMountain town of Nederland, Colorado, USA. Partial to volunteering and getting off the beaten track, you can find her adventures abroad at SKJtravel.net, ‘like’ her Face Book Page  SKJtraveler and follow on her on Twitter @skjtraveler. 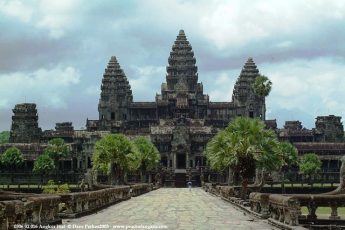 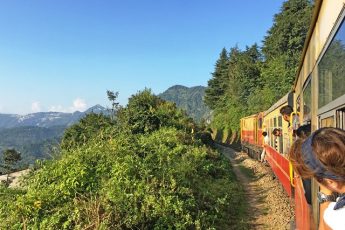 « Previous post
5 Things to Do in Darwin, Northern Territory in Australia
Next post »
Escape to heavenly Herm – a natural island paradise